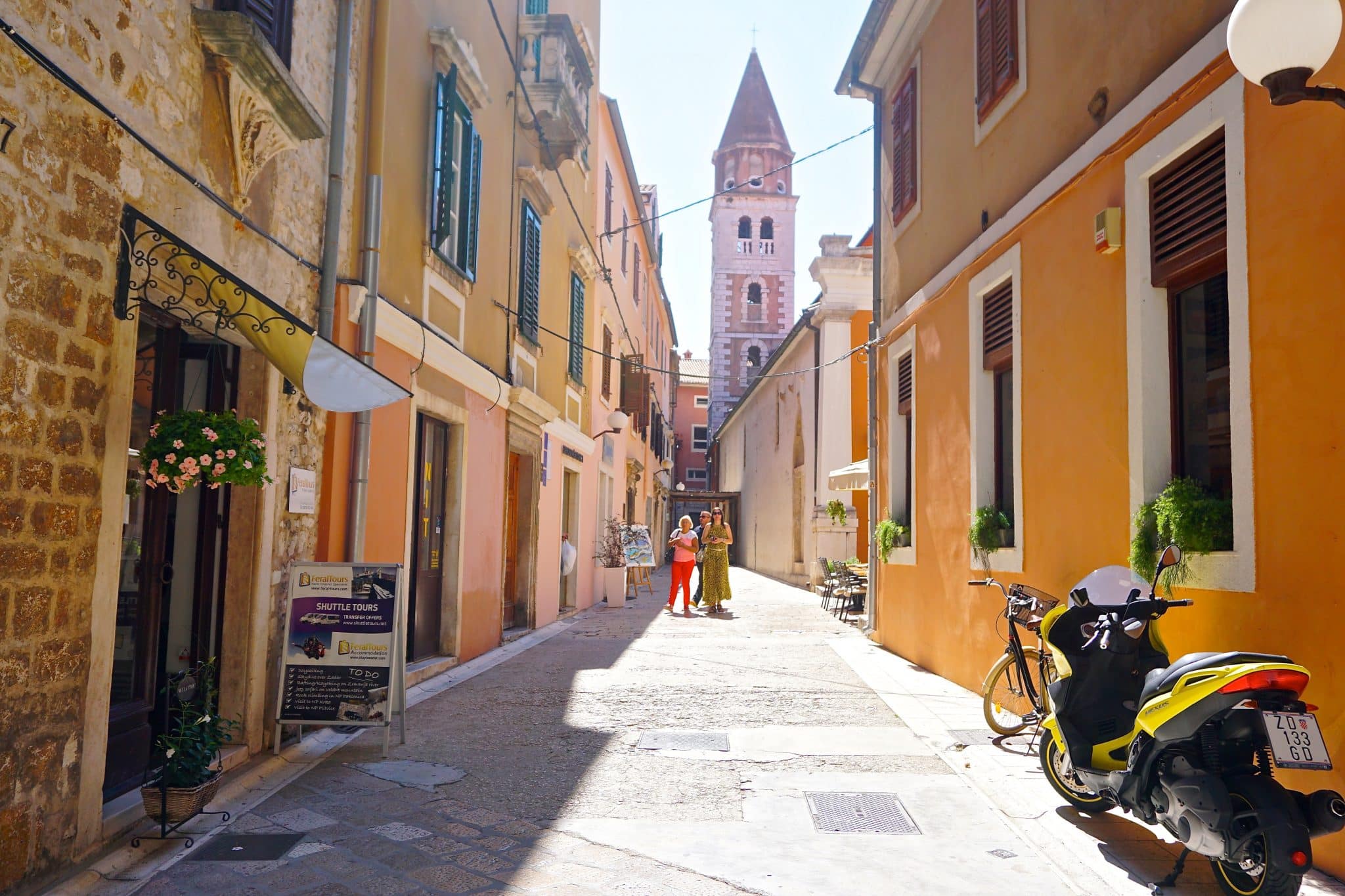 Often out-shined by its Dalmatian siblings, Split and Dubrovnik, Zadar is a town where a tumultuous past and promising future collides. If you’re looking for a one-of-a-kind combination of old meets new and a genuinely welcoming atmosphere, Zadar should be on your radar. Here is a a photo tour of Zadar, Croatia:

Arriving in Zadar via bus.

I arrived in Zadar in the middle of my solo travel trip, completely deflated of energy and resisting the urge to collapse anywhere where I could comfortably lay horizontal. Upon my arrival my Airbnb host insisted on picking me up from the bus station, a gesture that made my mom more than weary. I reassured her that in Croatia, something like this is perfectly normal.

He sent me a text that read “ Big tall guy. No hair. Red t-shirt.” Sounds like the perfect Tinder bio. Once I spotted the lofty man with an innocent grin on his face, he immediately greeted me as if I were his niece visiting home again. I remembered my boyfriend telling me that the nicest people in all of Croatia are from Zadar, and wondered if everyone would be as kind as him. 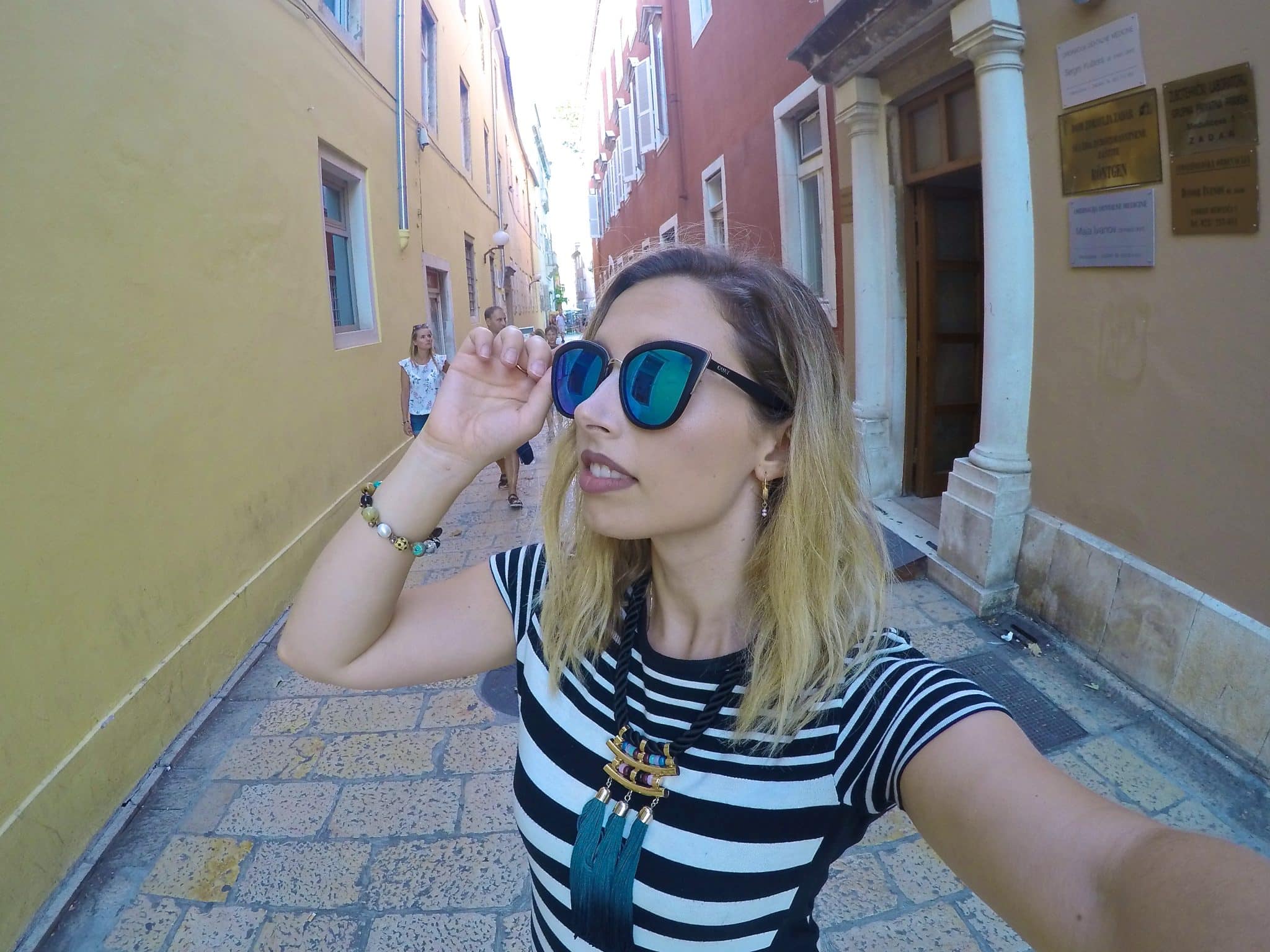 I had less than a day to explore Zadar’s Old Town, because it was more or less a stopover town for me on my way to Zagreb. So after taking a short nap, I made my way for the city center.

First, I crossed over the metallic and modern, Zadar Bridge, which overlooks a scenic harbor. The bridge led directly into a small sidewalk going right through the walls of the Old Town.

When I first entered, I didn’t know what direction to turn. The Old Town was much larger than I anticipate, and there seemed to be something intriguing at every corner. At one corner stood the Roman forum and at another St. Donatus Church from the middle ages, creating a clash of culture. Walking down some streets, I felt like I was back in Rome, in others, it felt like I never left Dubrovnik. 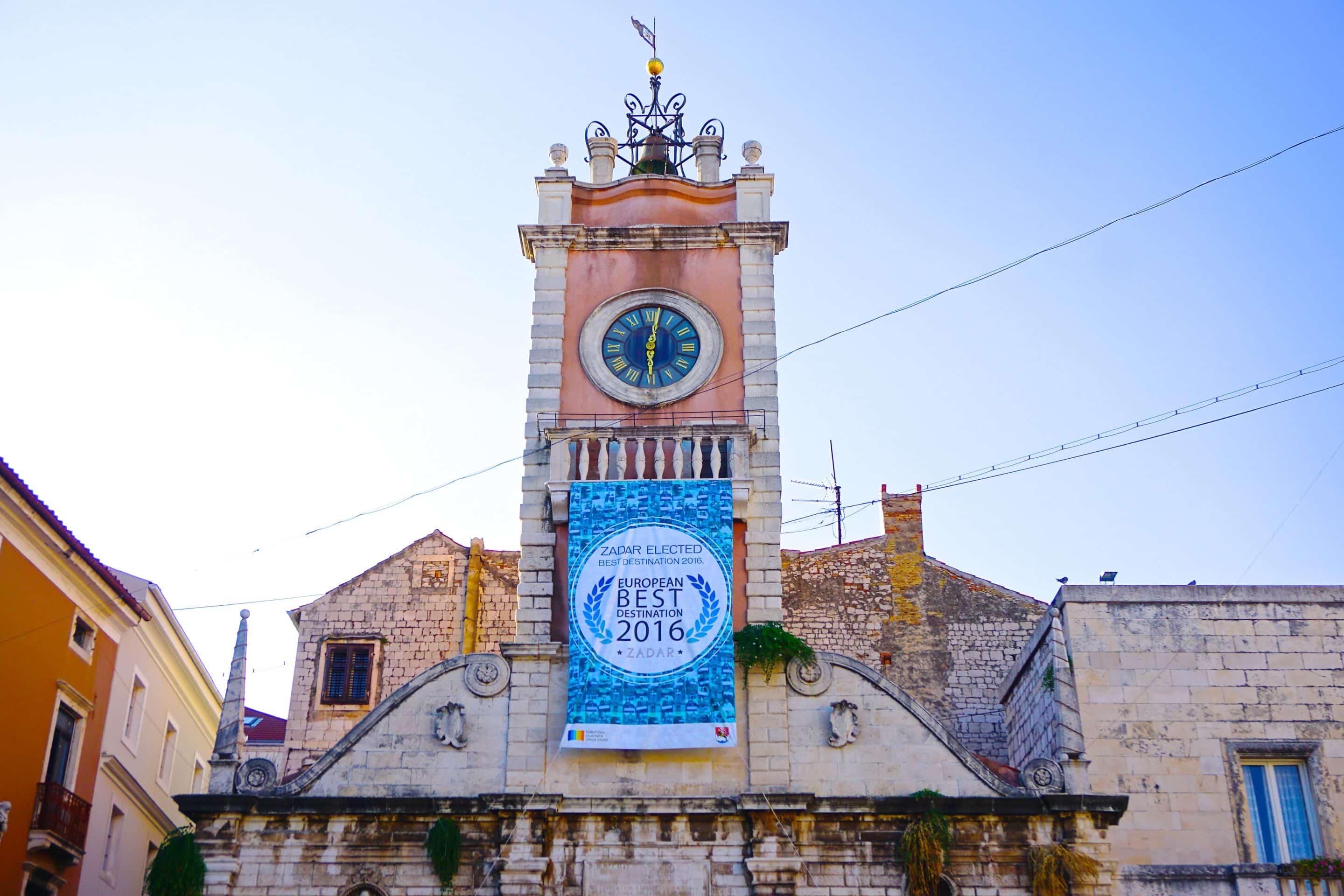 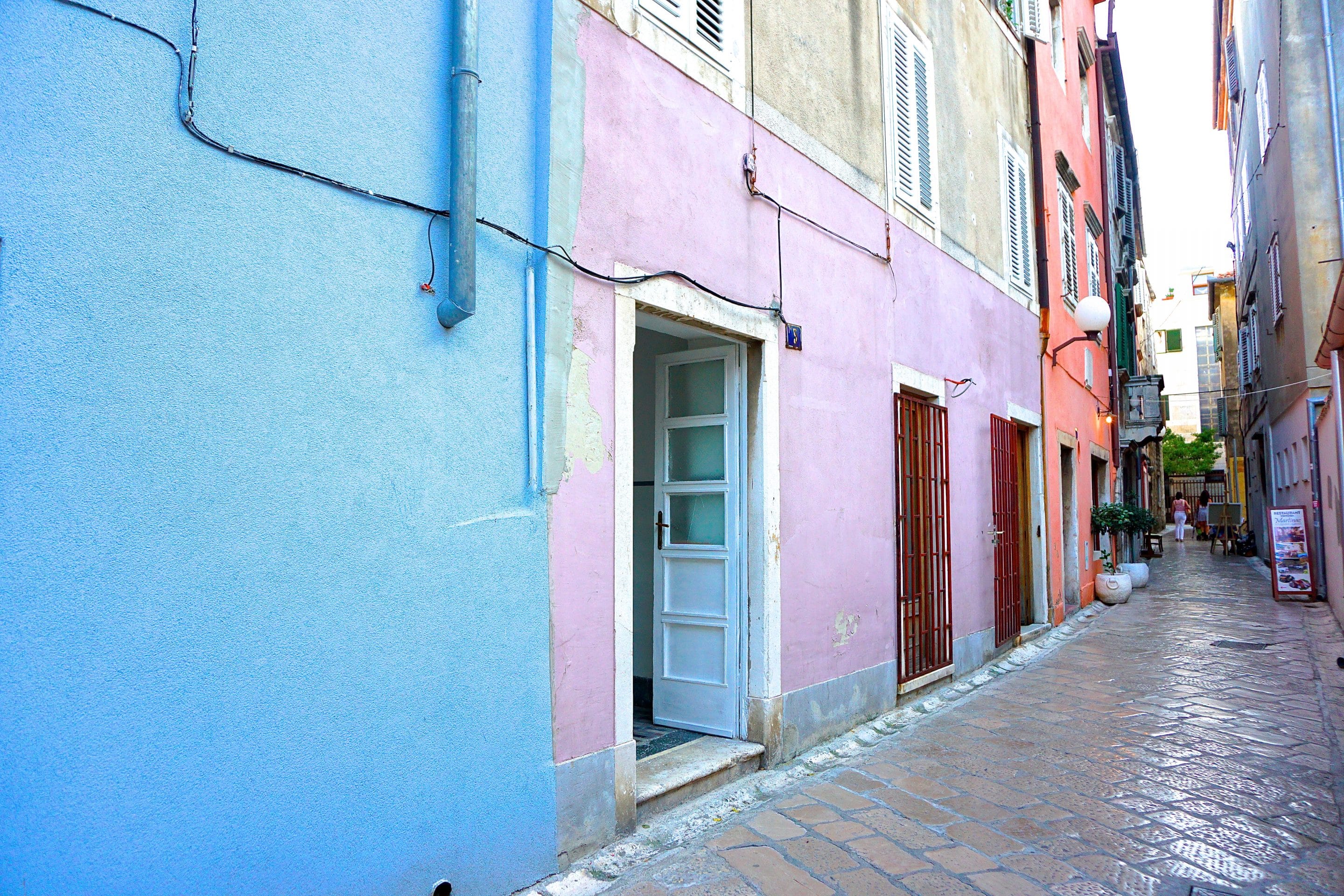 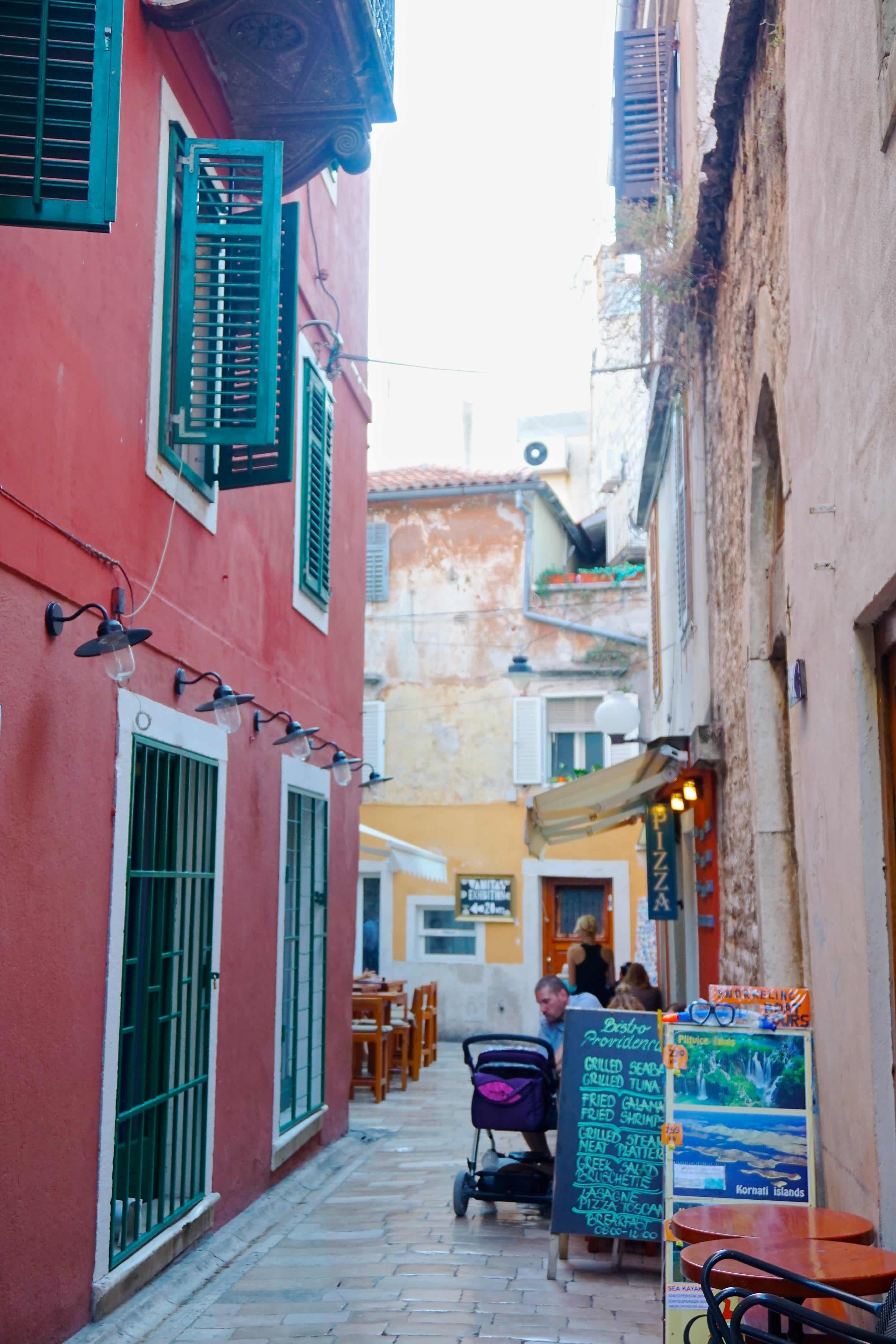 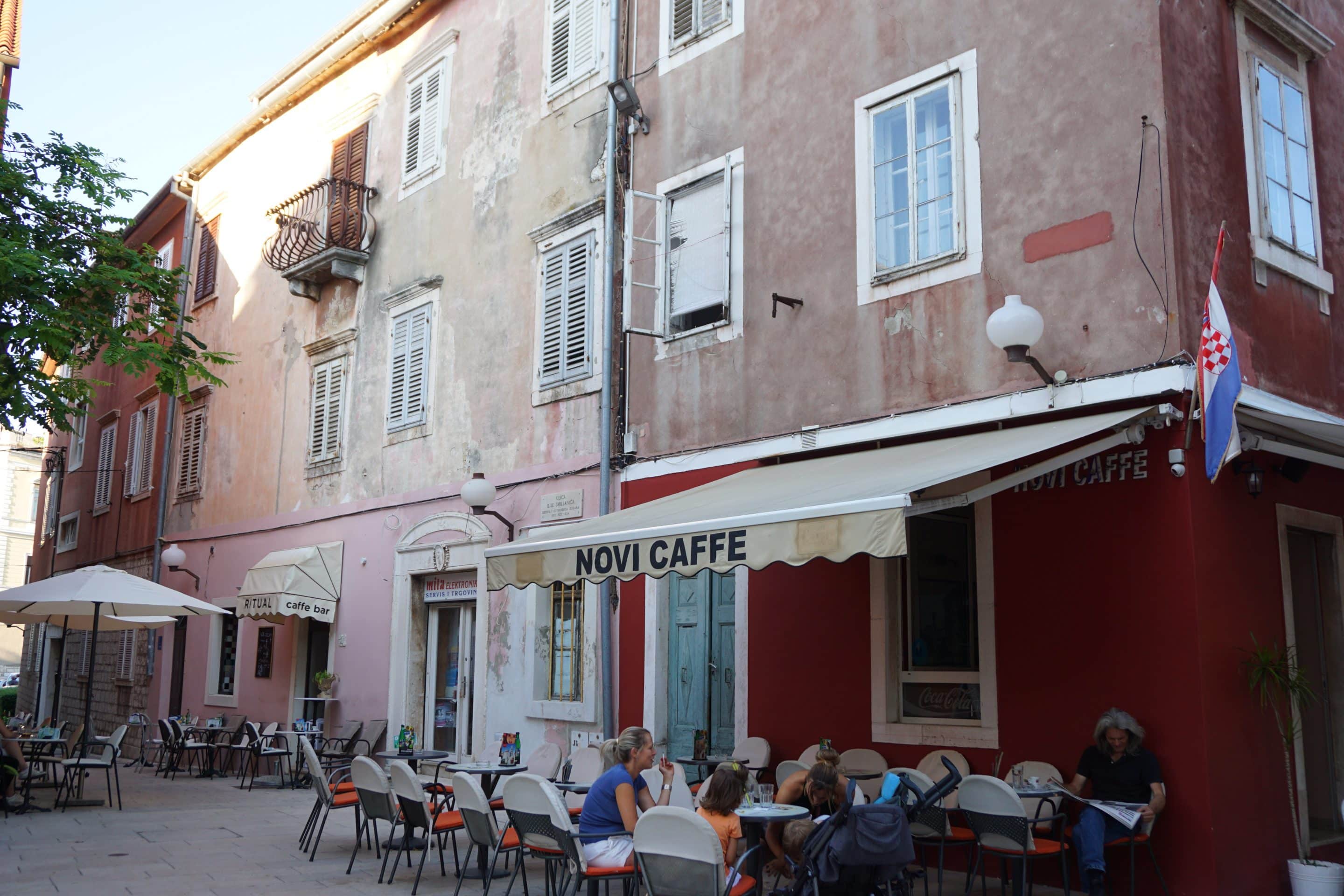 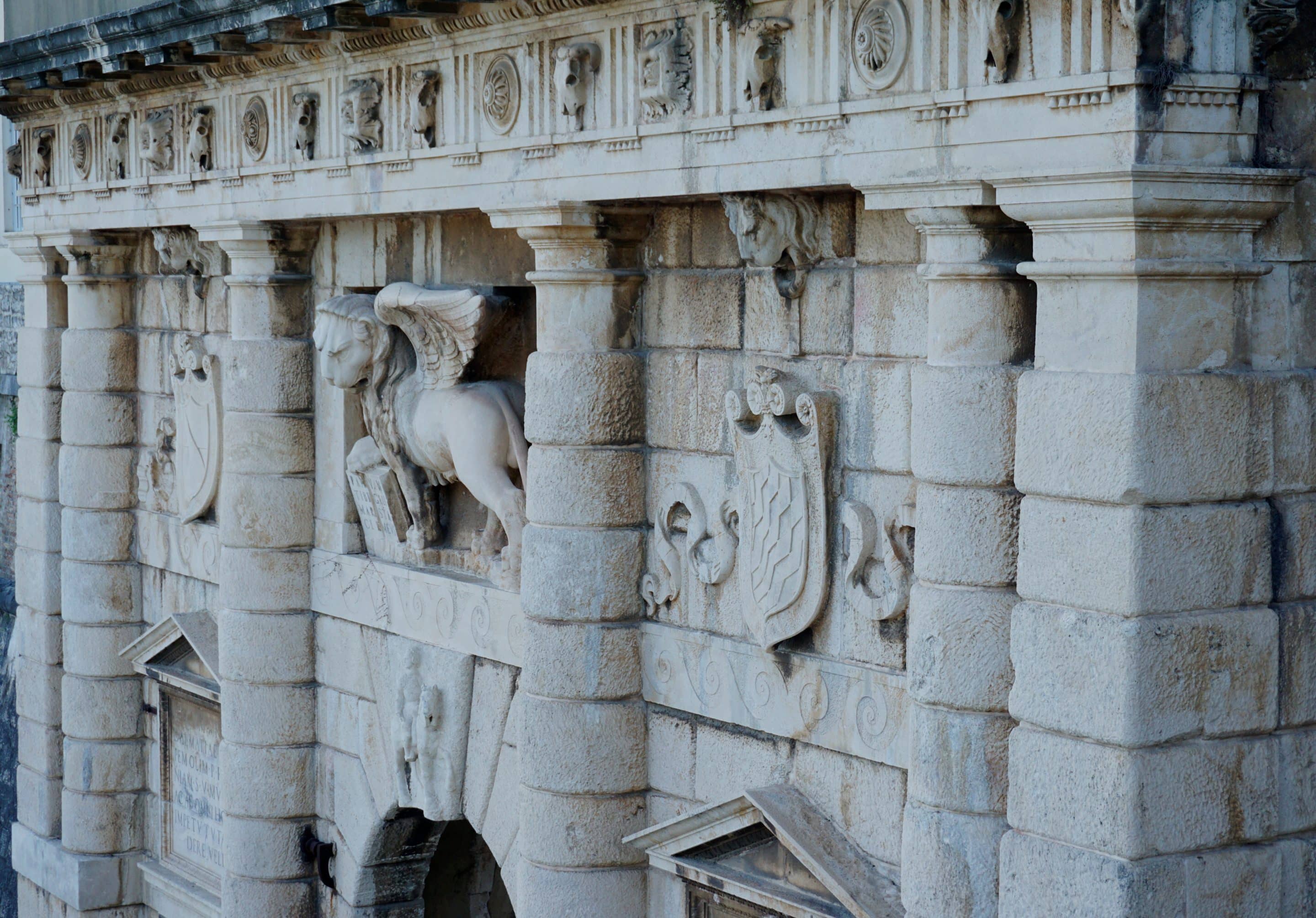 I stealthily listened in on a Zadar walking tour to enlighten myself with more historical context. I learned that Zadar is the oldest inhabited Croatian city, dating back to the 4th century B.C. It was once conquered by the Romans, Venitians, Turkish, and Austrian Empire, and the town has been rebuilt several times after being partially destroyed. The allies in WWII destroyed Zadar, and the Serbian armies again during the breakup of Yugoslavia in the 1990s.

The more I learned about Zadar’s history, the more respect I gained for it. However, I found that Zadar also has several modern elements.

You may hear the eerie sound in the distance. The only way to describe it would be if you could imagine how mermaids sing. Zadar’s Sea Organ sit underneath oceanfront steps leading to the Adriatic Sea. The push and pull of ocean waves naturally play the pipes of seven chords and five tones. Architect Nikola Basic intended this to be a modern “Orchestra of Nature”.

Atop the Sea Organ steps is yet another one of Basic’s designs you can’t miss: the Sun Salutations. These solar cells light up the dusk sky to the pulse of ocean waves. Right around sunset I found people gathering to take pictures as well as several street performances.

As the sun set, I headed over to one of Zadar’s best restaurants. Konoba Bonaca, with classic homemade Croatian cuisine and surprisingly reasonable prices. The atmosphere was calm and relaxed, and wasn’t trying too hard to be stuffy and fancy. I enjoyed an entire sea bass with potatoes and grilled vegetables for about $12 euros (90 kunas). I couldn’t believe how little I paid to get so stuffed.

Later in the evening I met up with three Zadar locals (basically friends of a friend). I was somewhat nervous to meet them, thinking that I didn’t want to bother them to show me around. Yet once I did, their cheerful and friendly energy made me feel completely comfortable. I almost couldn’t believe how genuinely kind they were to me. They took me out to the popular bar La Bodgea, bought my drink and even walked me home. I never felt so welcomed in a town where I knew no one.

That night I came home and barely remember closing my eyes to sleep. I assumed I would naturally sleep in. To my surprise I woke up bright and early, and something told me I needed to go back in the Old Town to explore a bit more. 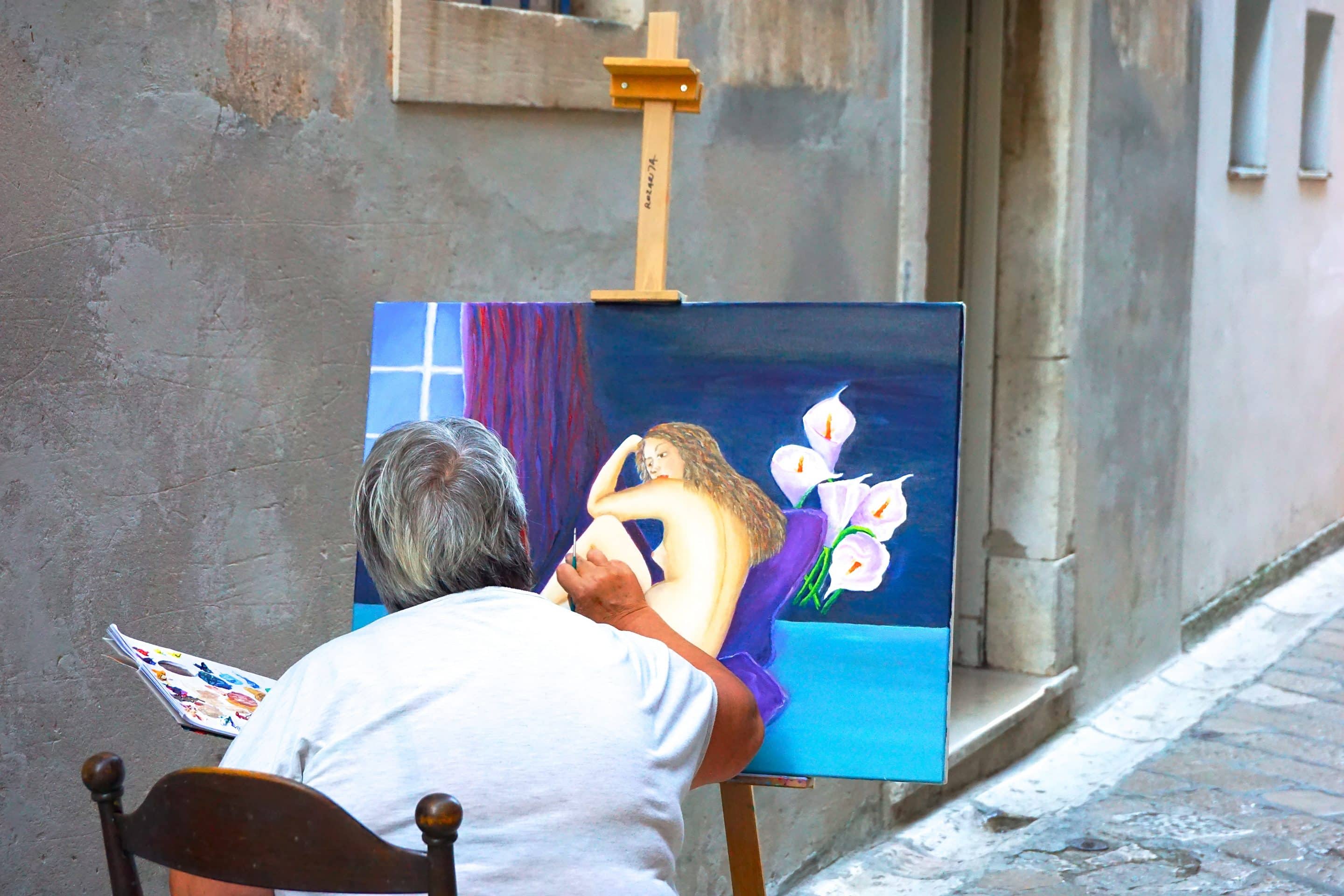 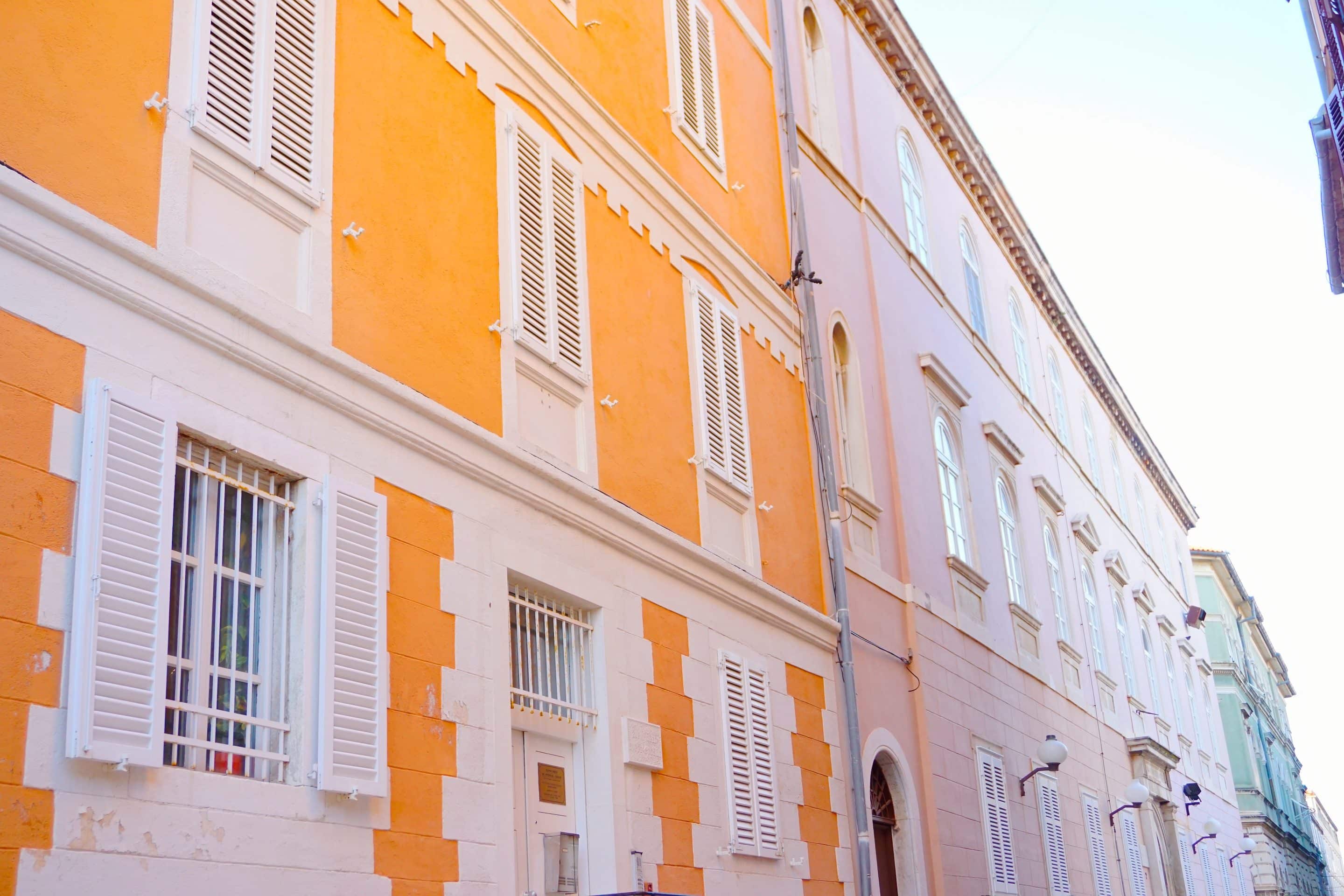 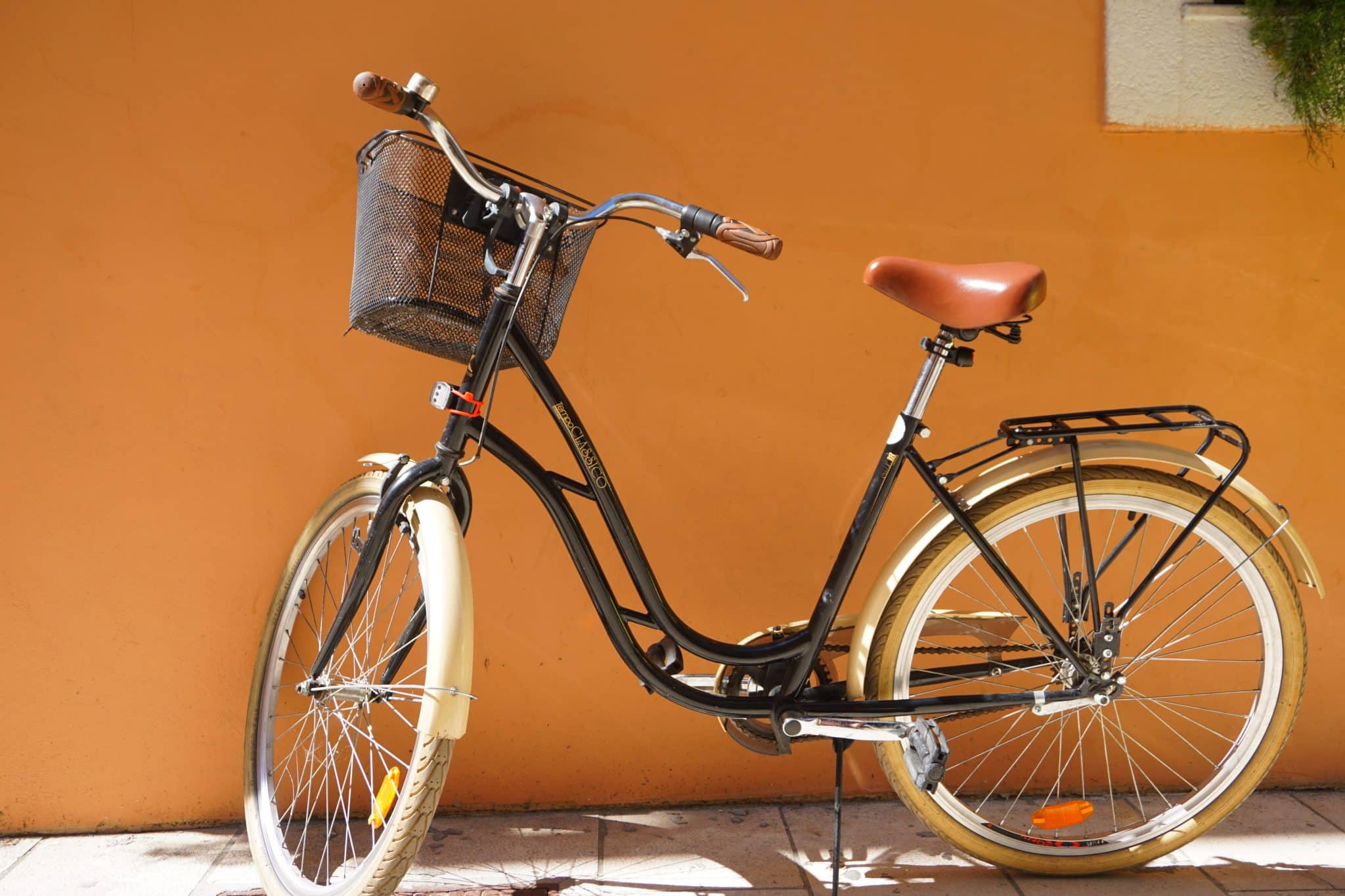 My one regret is that I didn’t stay longer to experience Zadar’s excellence to it’s fullest. The more I saw and the more I learned, the more I didn’t want to leave. Most of all, in Zadar I completely forgot I was traveling alone, because everyone saw me as a friend.

I was wrong; Zadar in a day doesn’t do it justice, and it is much more than a “stopover town”. It is a town full of rich history and culture with a warm, welcoming energy. Stay awhile, because Zadar will be happy to have you.

Love what you read or have something to add? Comment below! Tune in later this week as I finish off my solo travels with Zagreb!