Why You Should Visit Budapest During the Holidays 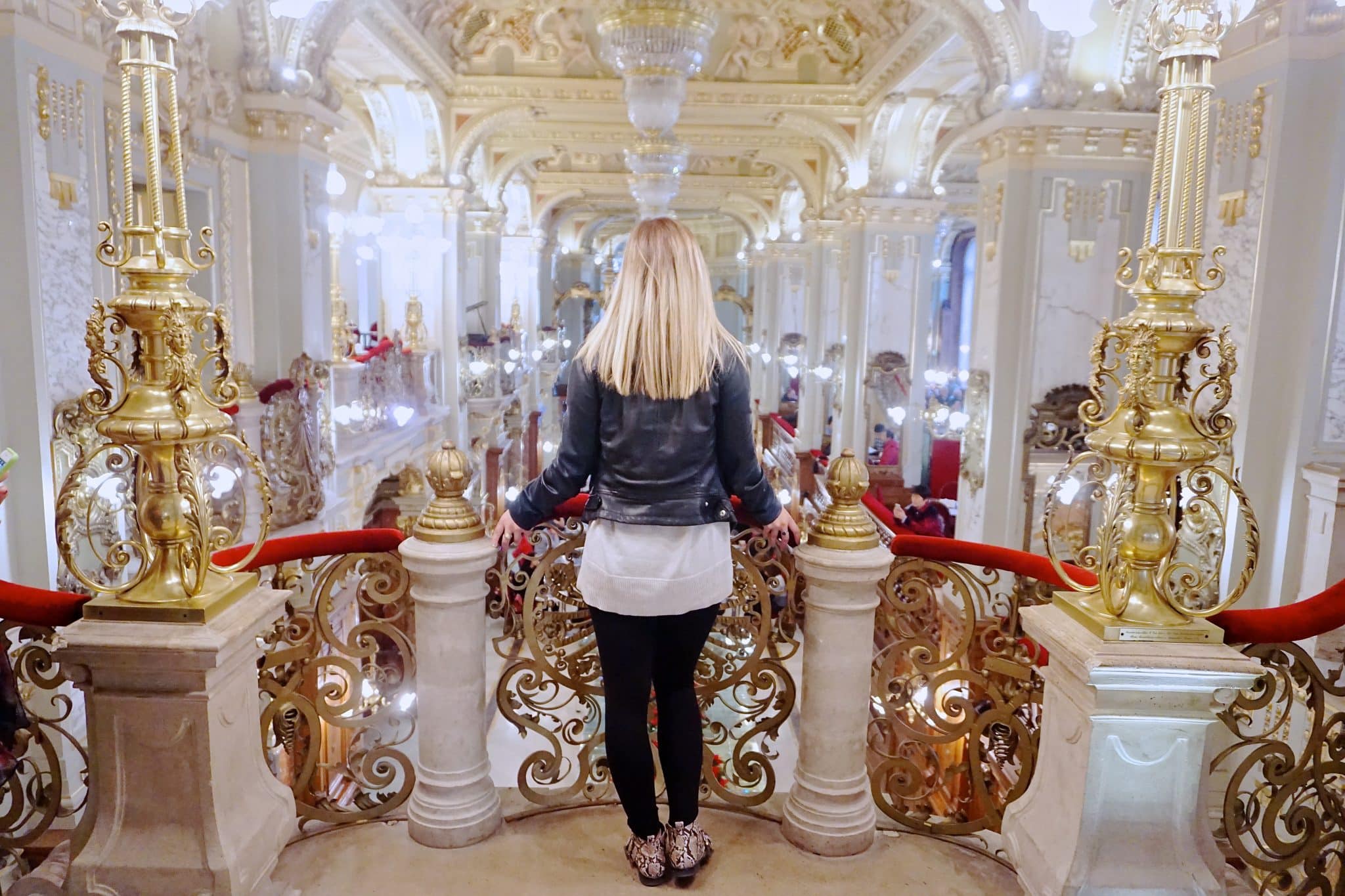 There’s only one place in the world that can make me feel like I’m living in some sort of wild fairy tale: Budapest. The former capital of the Austro-Hungarian empire is a where royal roots and untamed rebellion collide. By day you’ll find endless castles, thermal baths, and riverside views. By night, the booming nightlife can easily keep you up until dawn.

I’ve been to Budapest in Spring and winter, but by far I prefer the latter. Here’s why Budapest is one of the most magical places in Europe to visit during the holidays.

The thrown of Eastern Europe

Just by looking up at each towering and detailed building, one can sense that Budapest once did, and perhaps still does, sit upon a thrown. From 1867 to 1918 , both Budapest and Vienna ruled over Eastern Europe in a dual monarchy.

This is why you’ll find a lot of similarities in the architecture in Prague, Vienna, Zagreb, Slovenia, and other former Austro-Hungarian territories. However, having visited much of Eastern Europe myself, Budapest’s design is much more grand in comparison.

When we first arrived in Budapest, we walked through the Palace District, or what I like to call it: the neighborhood of castles. Our necks began to hurt as we looked up in awe, and around each corner there was another treasure waiting to be discovered. 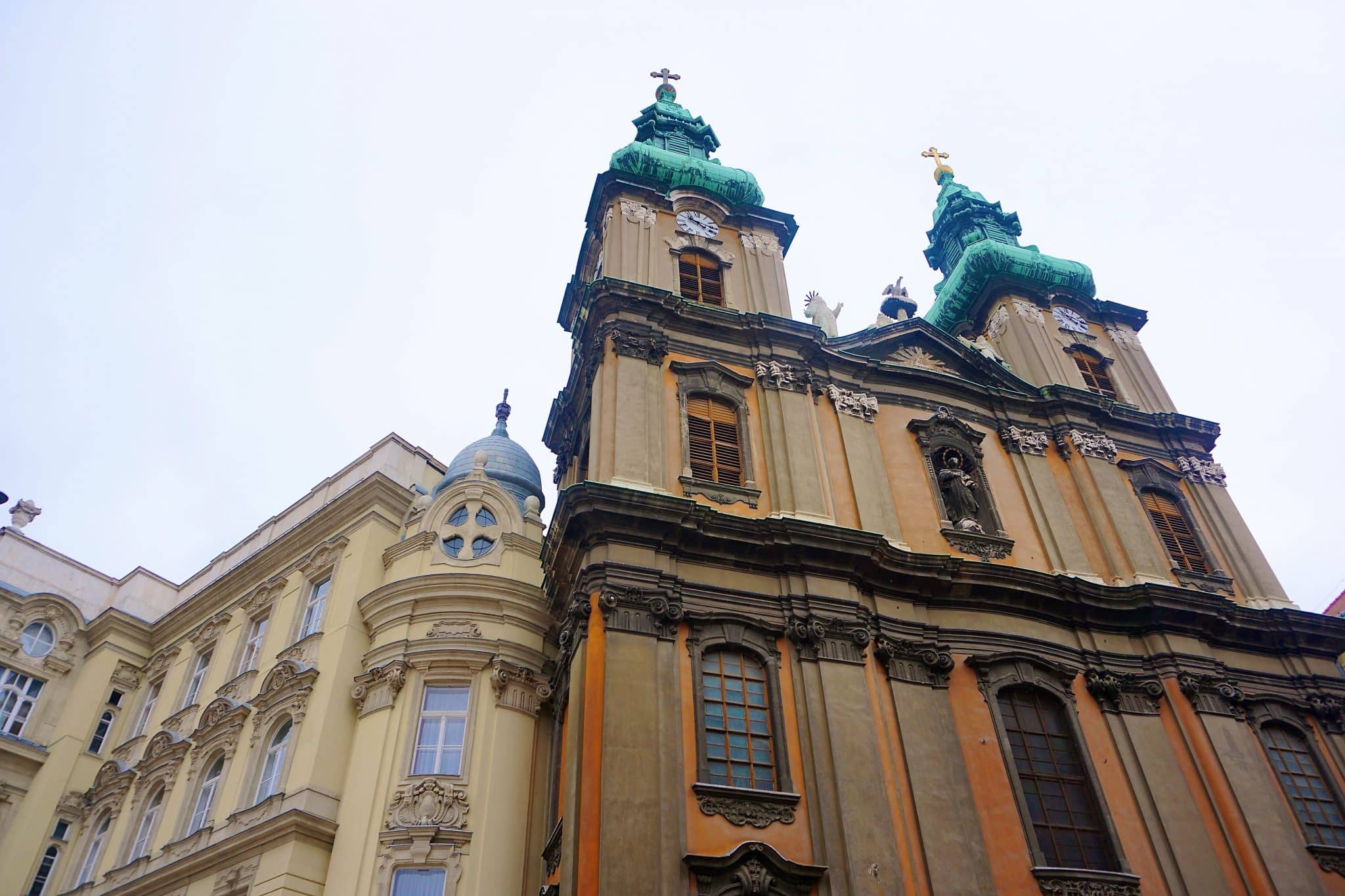 Today Budapest may not have the power it did 150 years ago, yet it is still the capital of Hungary, and one of the biggest cities in Europe.

Winter sights to see in Budapest

If you’re bored in Budapest, you’re doing it all wrong. The Danube River divides the city into the Buda and Pest side, each with its own district attractions. If you thought you could see Budapest in a day, or even two days, you’re mistaken.

Budapest is one of the easiest cities to navigate, and it’s best to explore by foot. We only have three days during our last trip, but just by leisurely walking around we saw most of the highlights. We decided to dedicate two days to the Pest side and one to the Buda side.

In addition to the Palace District, the most “mainstream” and obvious attractions that you’ll find in any guide book are the city center, St. Stephen’s Basilica, House of Terror, the Opera House, the Parliament building, and the list goes on. Our Hungarian friend insisted that we must see the Basilica and Parliament building at night, and once I saw it lit up against a backdrop of dark sky, I could see why. 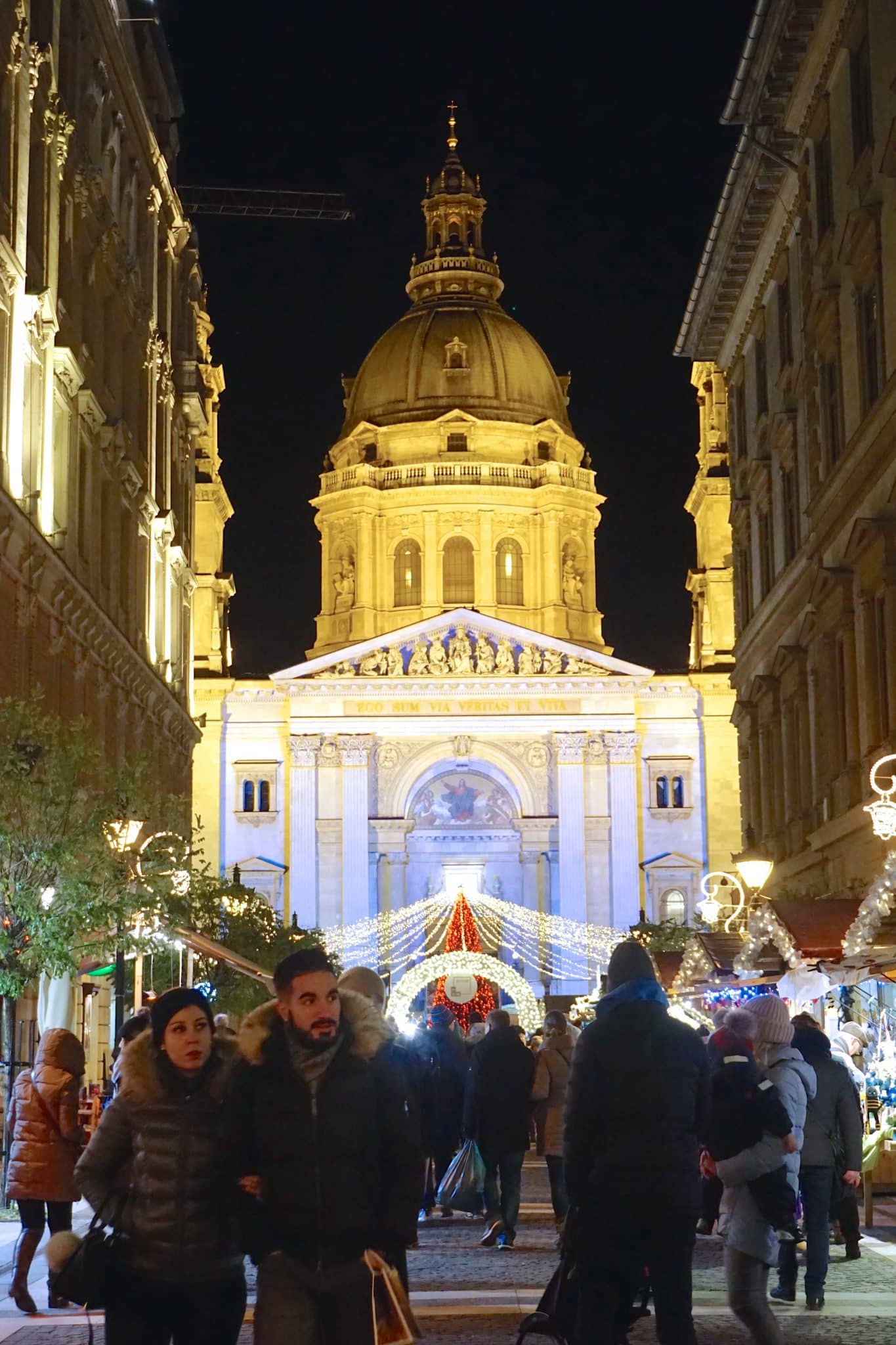 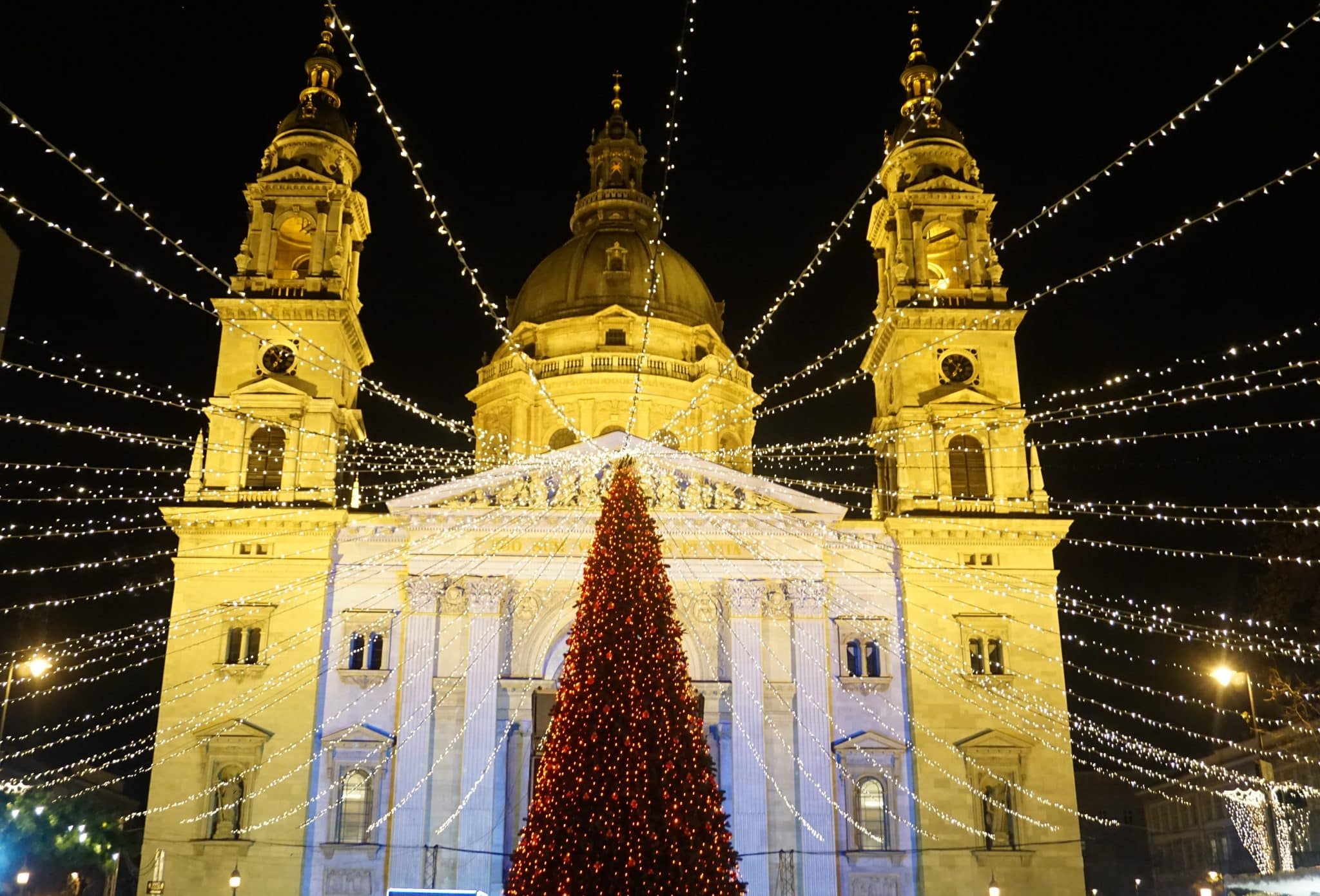 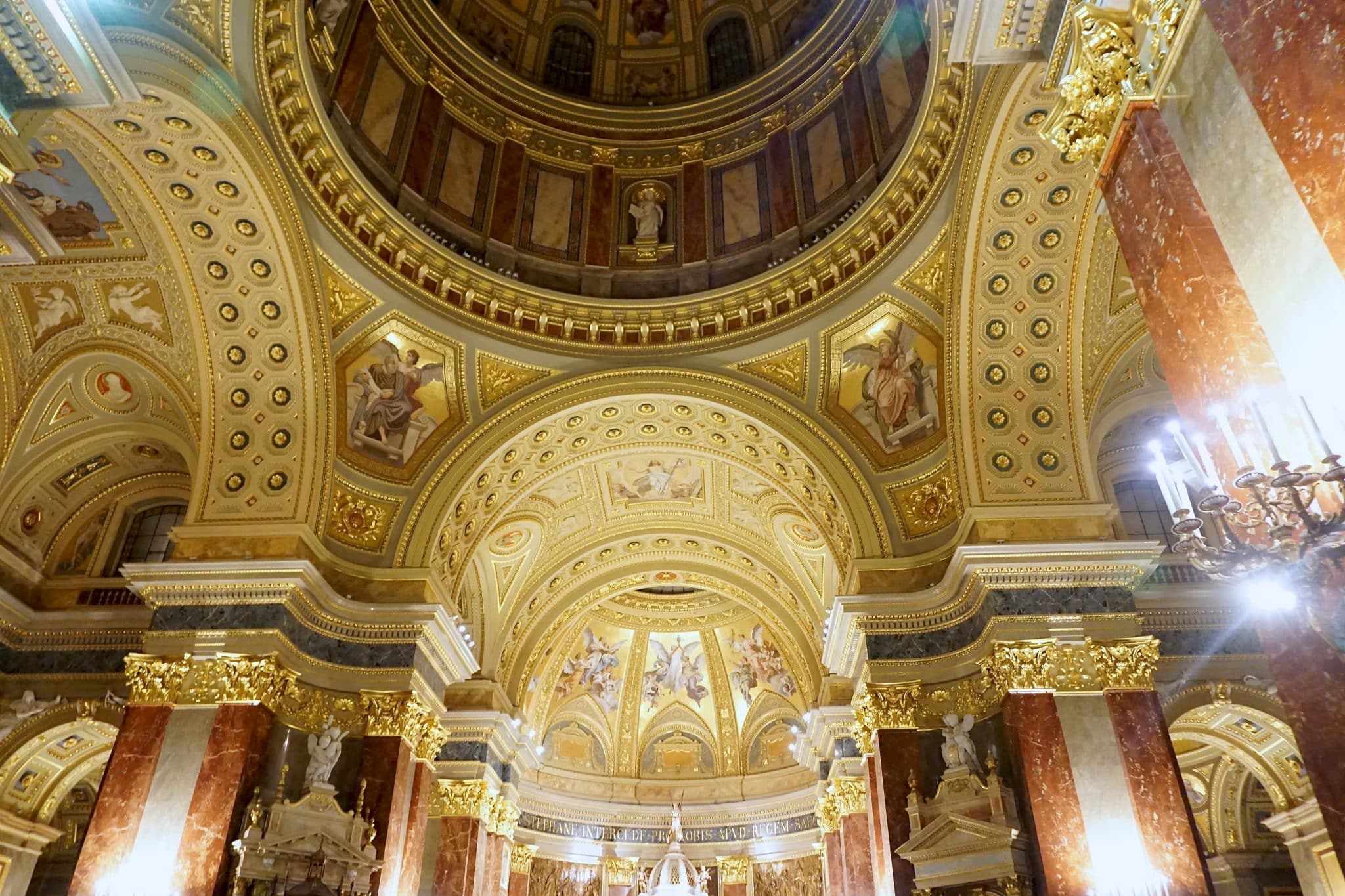 Christmas festival lights lit up the sky outside the Basilica. We even were able to sit in the back of the Basilica during mass, an experience I will never forget.

Seeing the Parliament building lit up at night made it seem even bigger than during the day, and it truly is a sight that leaves you speechless. Pictures just don’t do it justice. 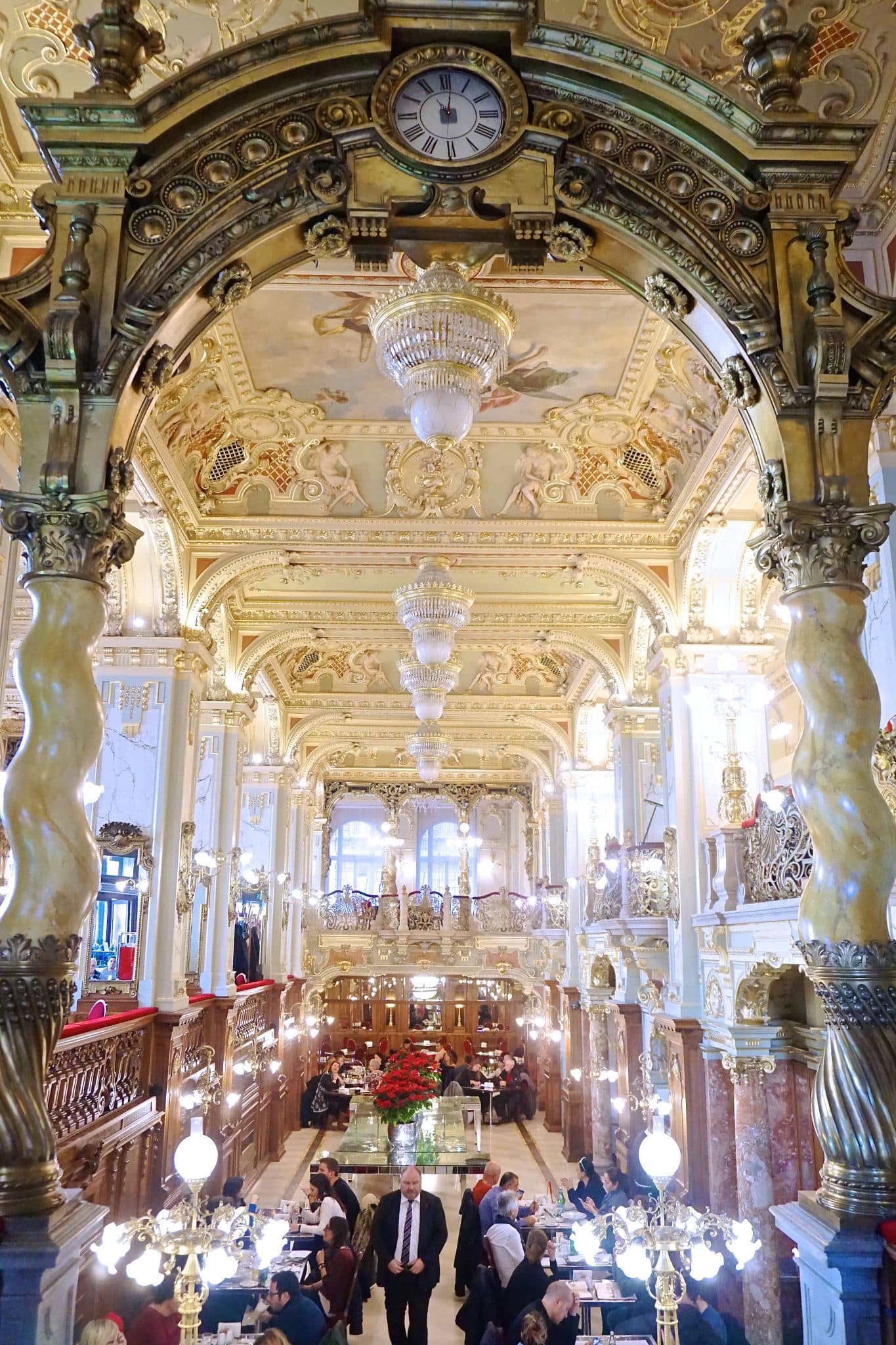 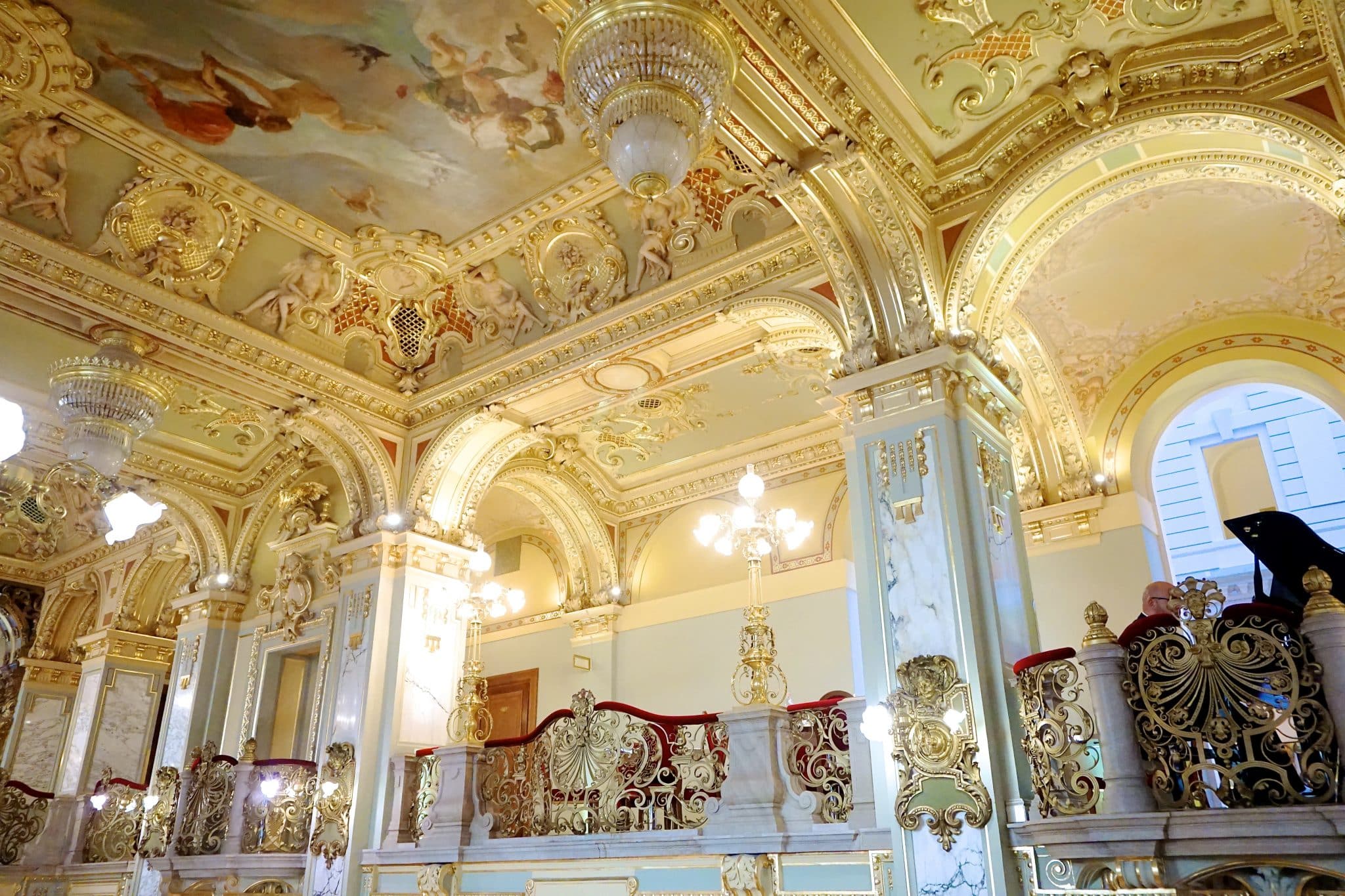 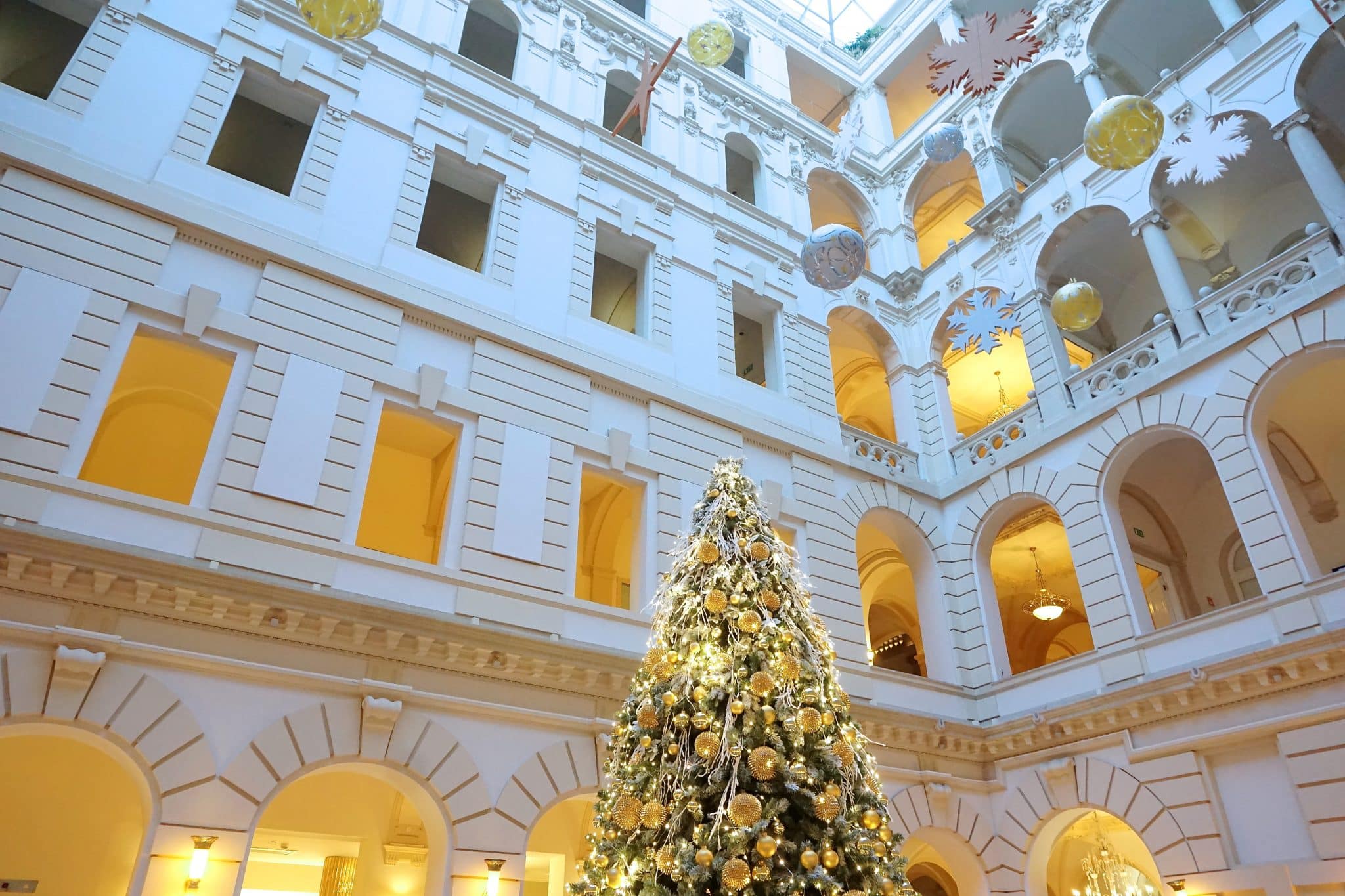 To see the Austro-Hungarian Empire come to life, you need to see the interior. One of the best places to do this as the New York Café.  There’s usually a huge line and waiting list to get in, but thanks to our Hungarian friends who helped us go around to the hotel lobby and pretend we were guests pull a few strings, we had a front row seat for the string quartet and Hungarian politicians sitting behind us. Casual.

Though the prices were high, it was worth every penny for a 6-euro cappuccino. 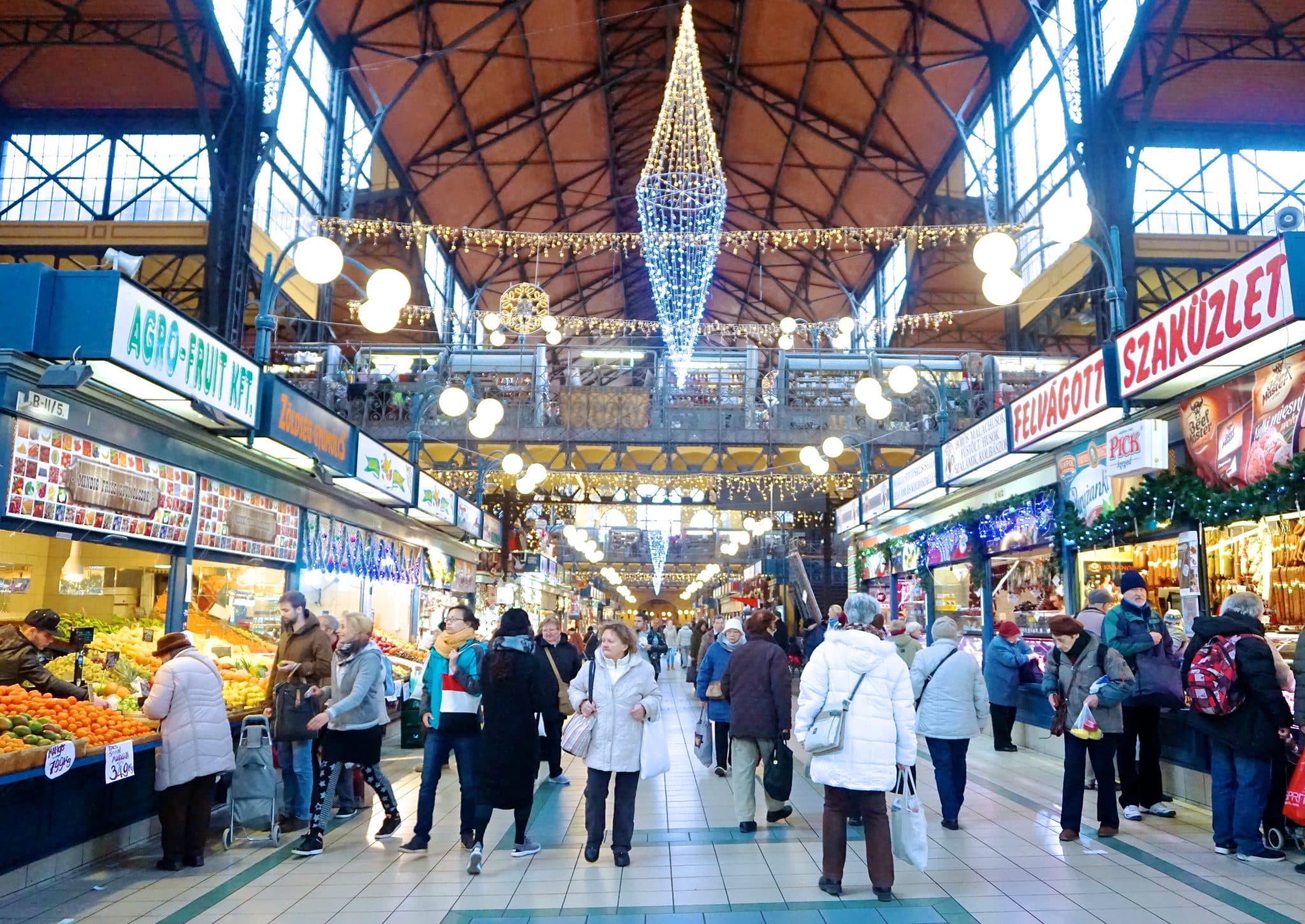 For a more authentic attraction, the Central Market Hall is a must. It’s basically a huge open mall for different types of food, groceries, and souvenirs. I loved watching the locals scatter in every direction while getting their groceries. The interior of this building puts American grocery stores to shame.

Just when you thought you’ve seen it all, you haven’t even been to the Buda side! This side of the city is just as vast, but the highlights are all relatively close:

READ MORE:   30 Incredible Balkan Foods That Will Make You Hungry 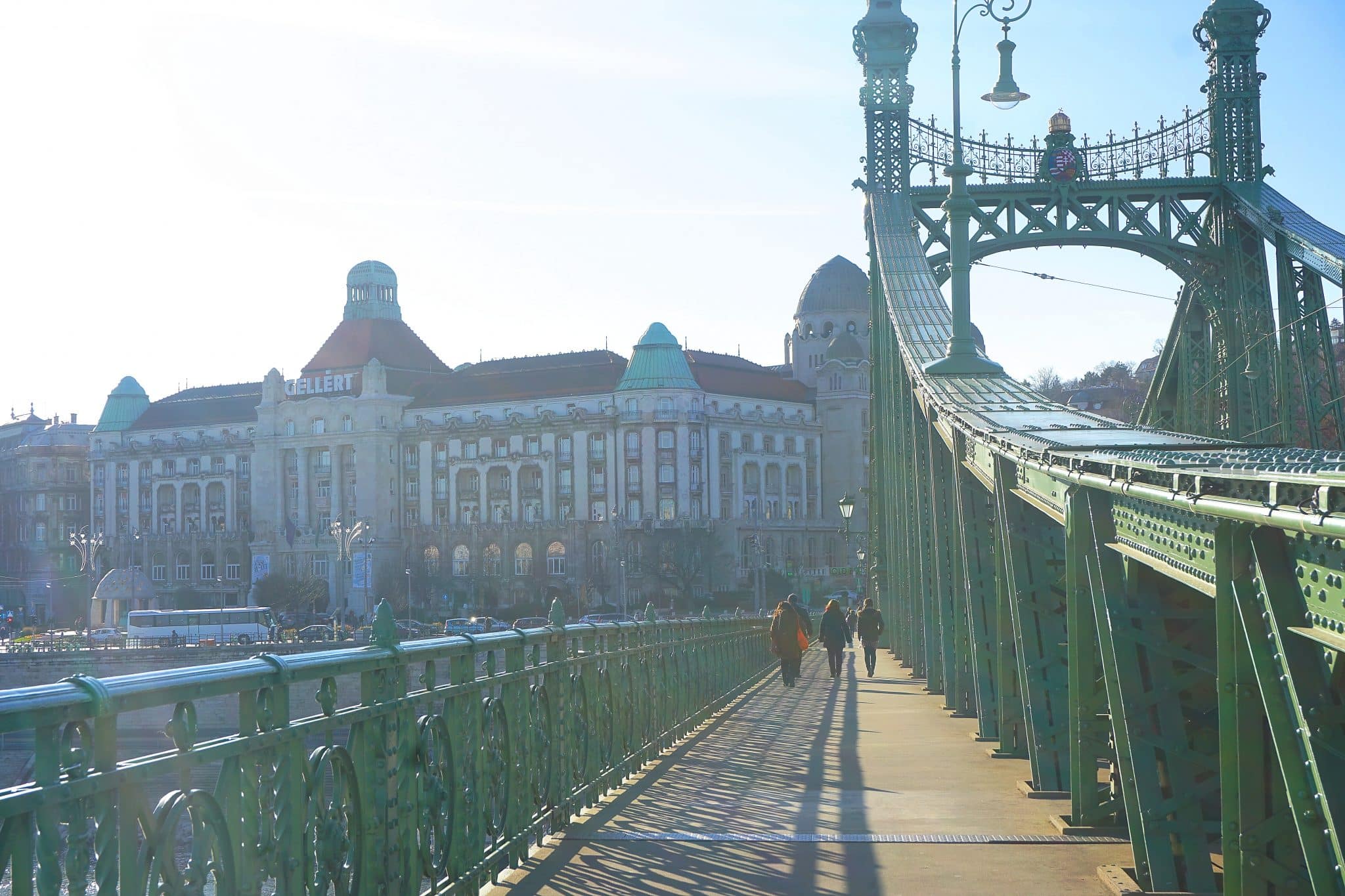 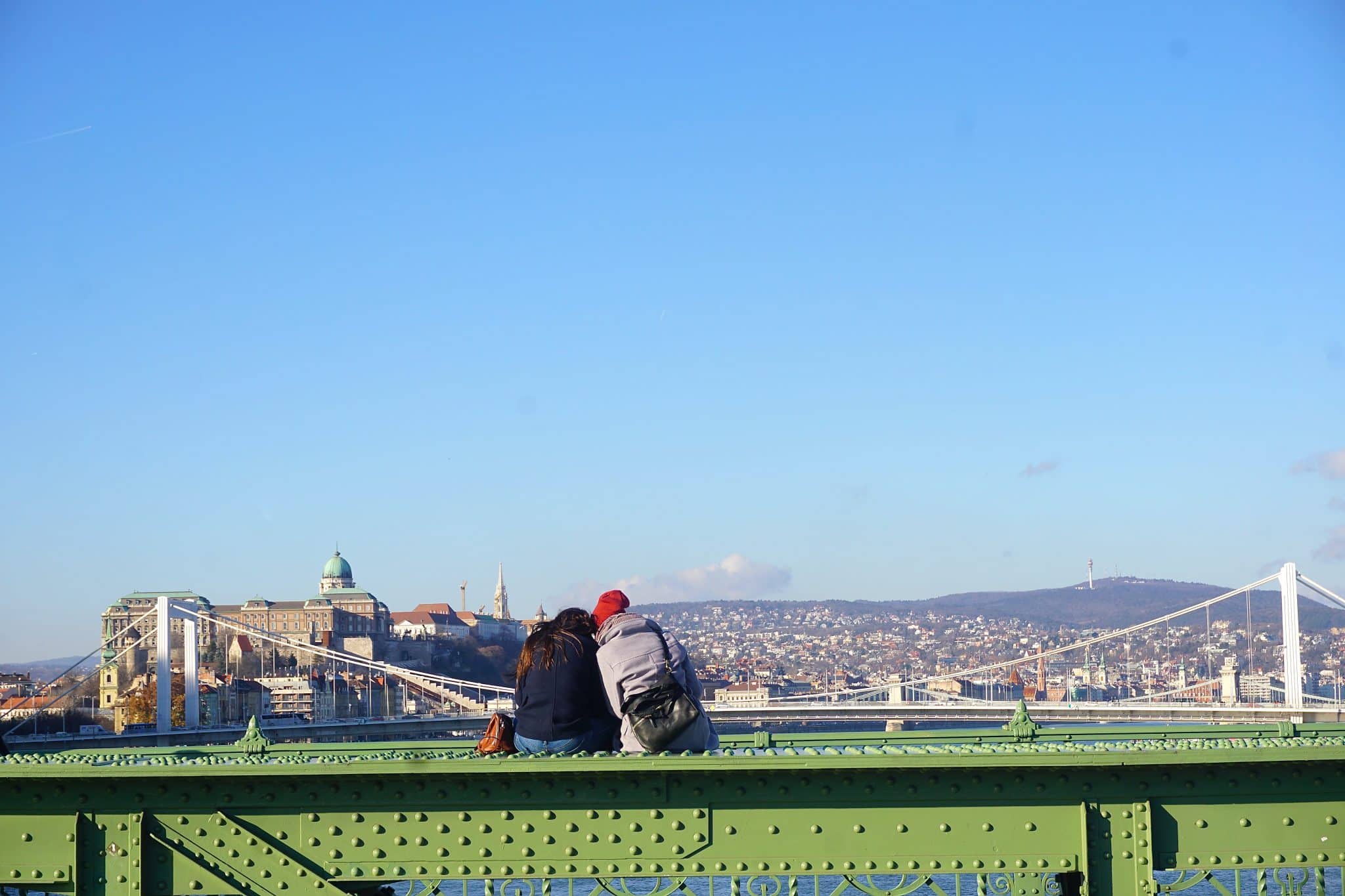 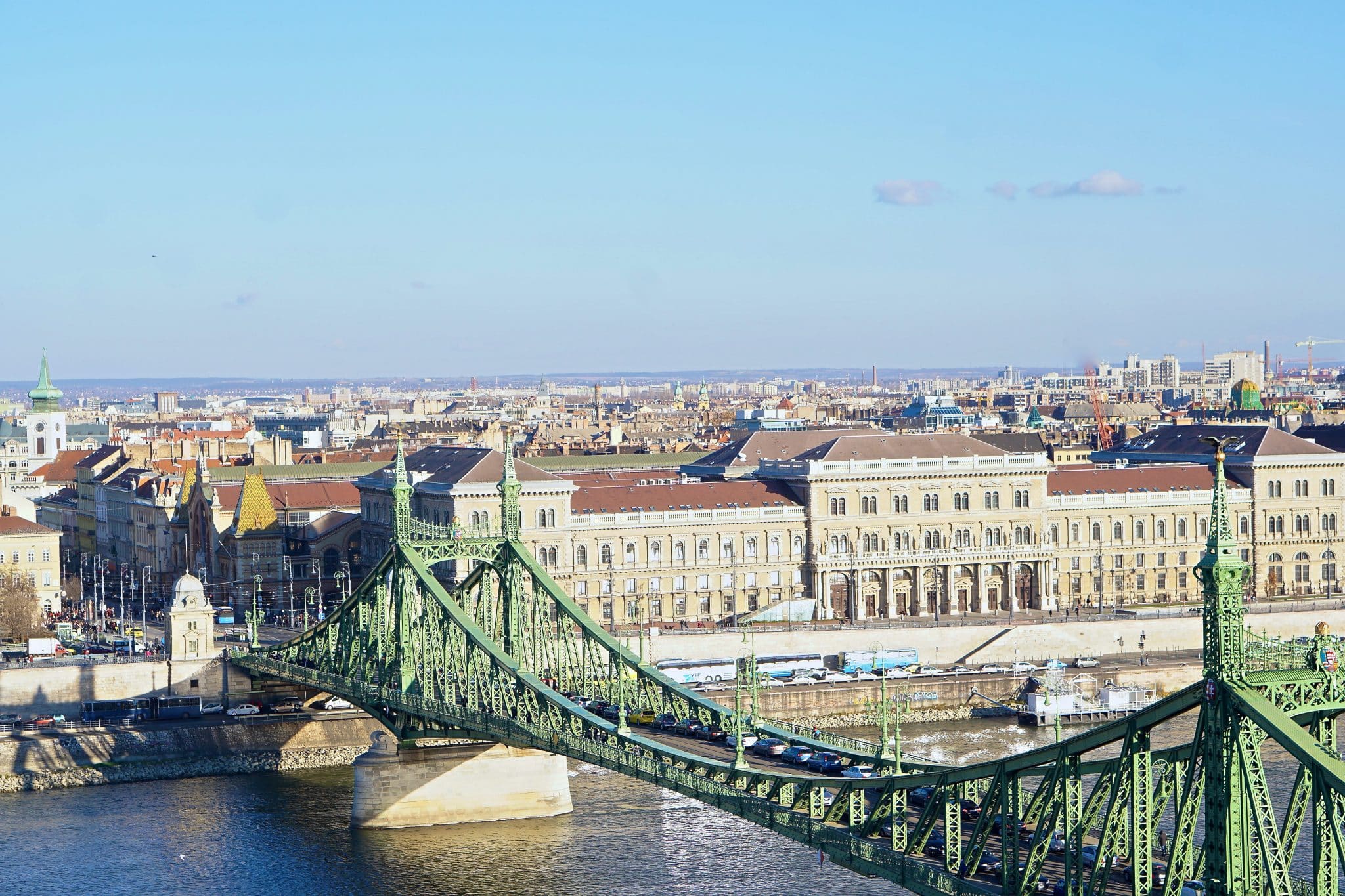 Perhaps the most iconoic symbol of Budapest is the historic chain bridge that connects Buda to Pest. I personally think the Green Bridge is more beautiful, and love how the green pops against the city in the background.

If you want the best view overlooking Budapest, the Gellert Hill is a must. It’s a bit of a hike, but the view from the top is worth it. Not to mention, there’s a park on the way up with huge slides for those of us who are kids at heart (my boyfriend). 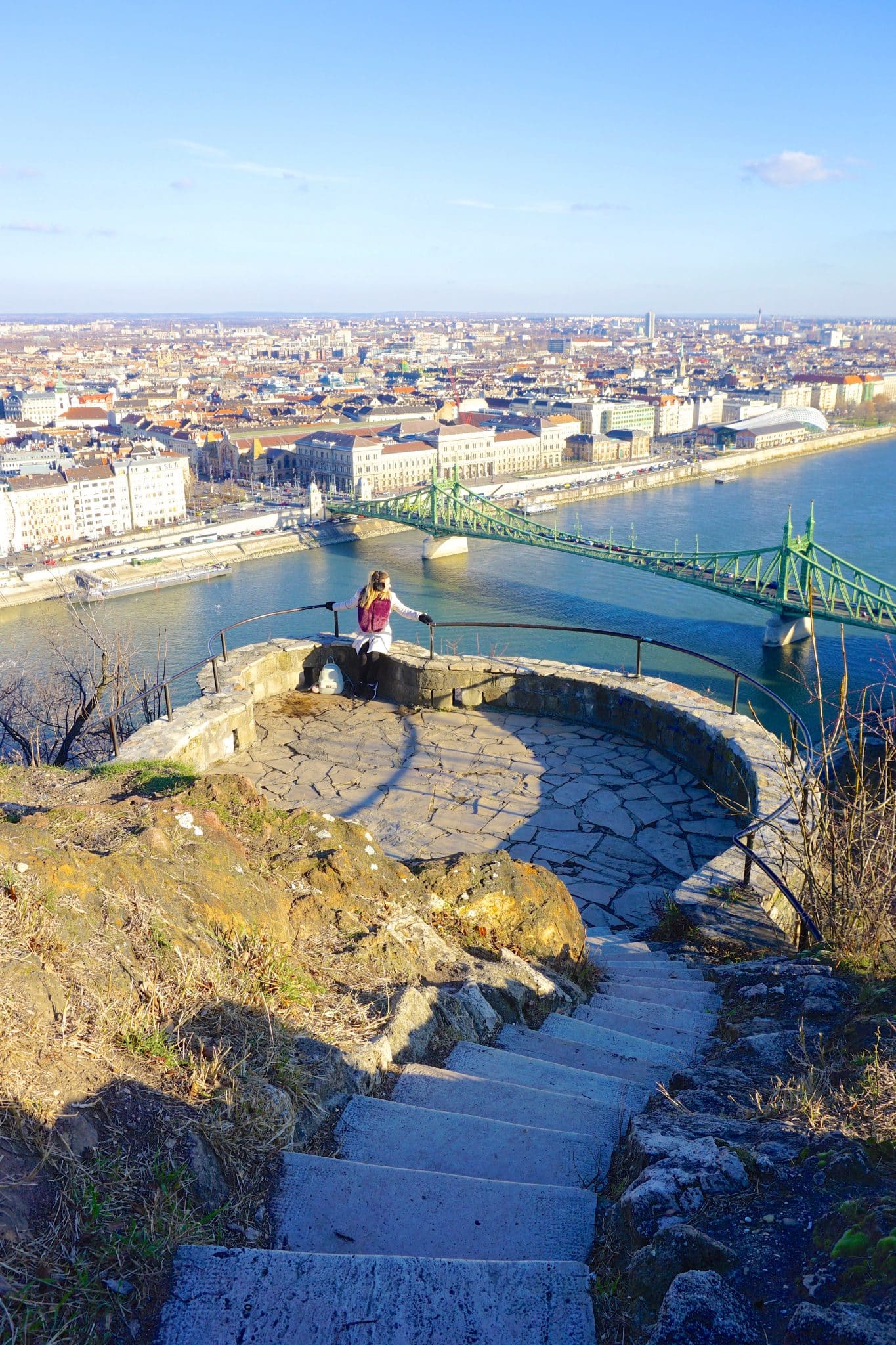 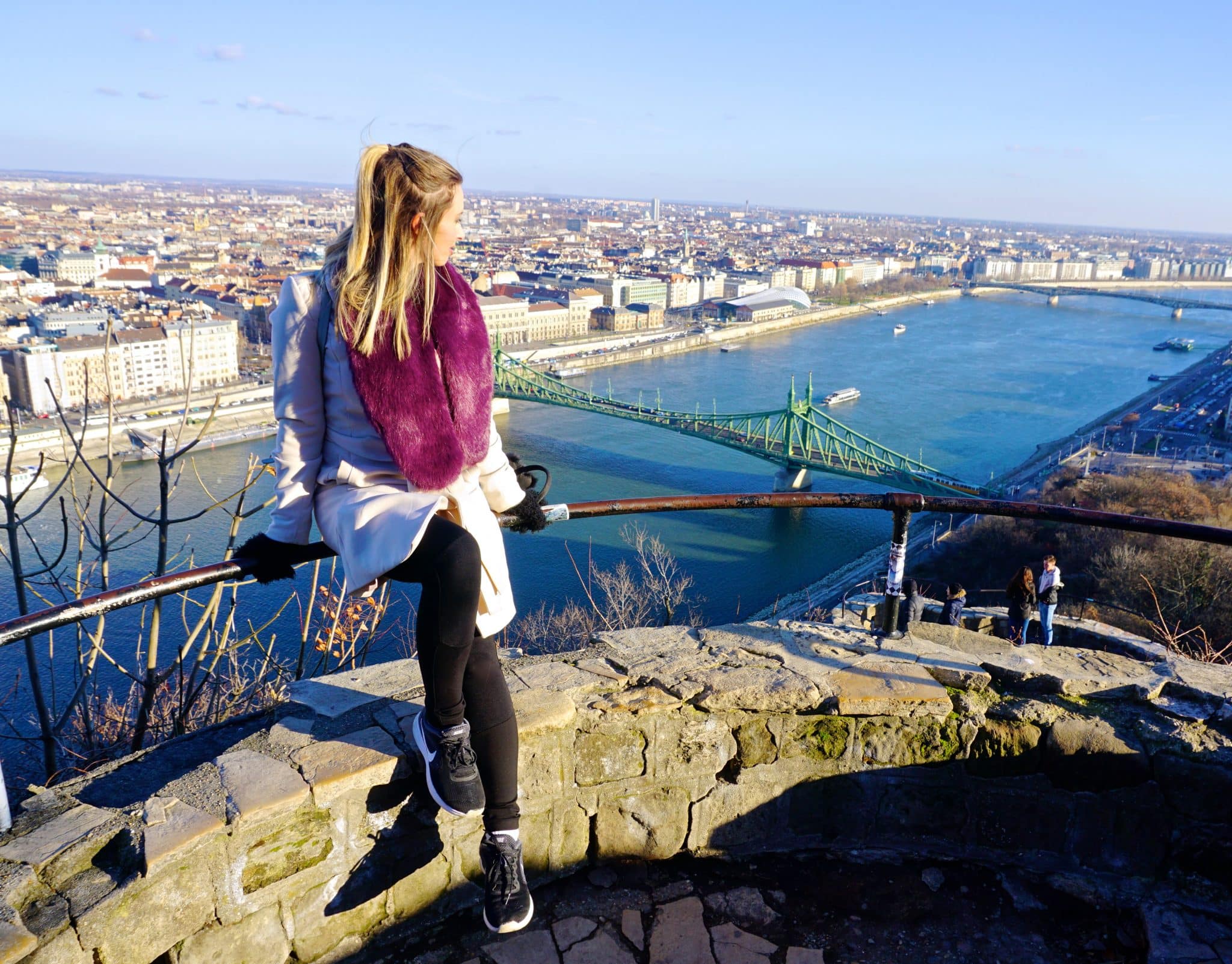 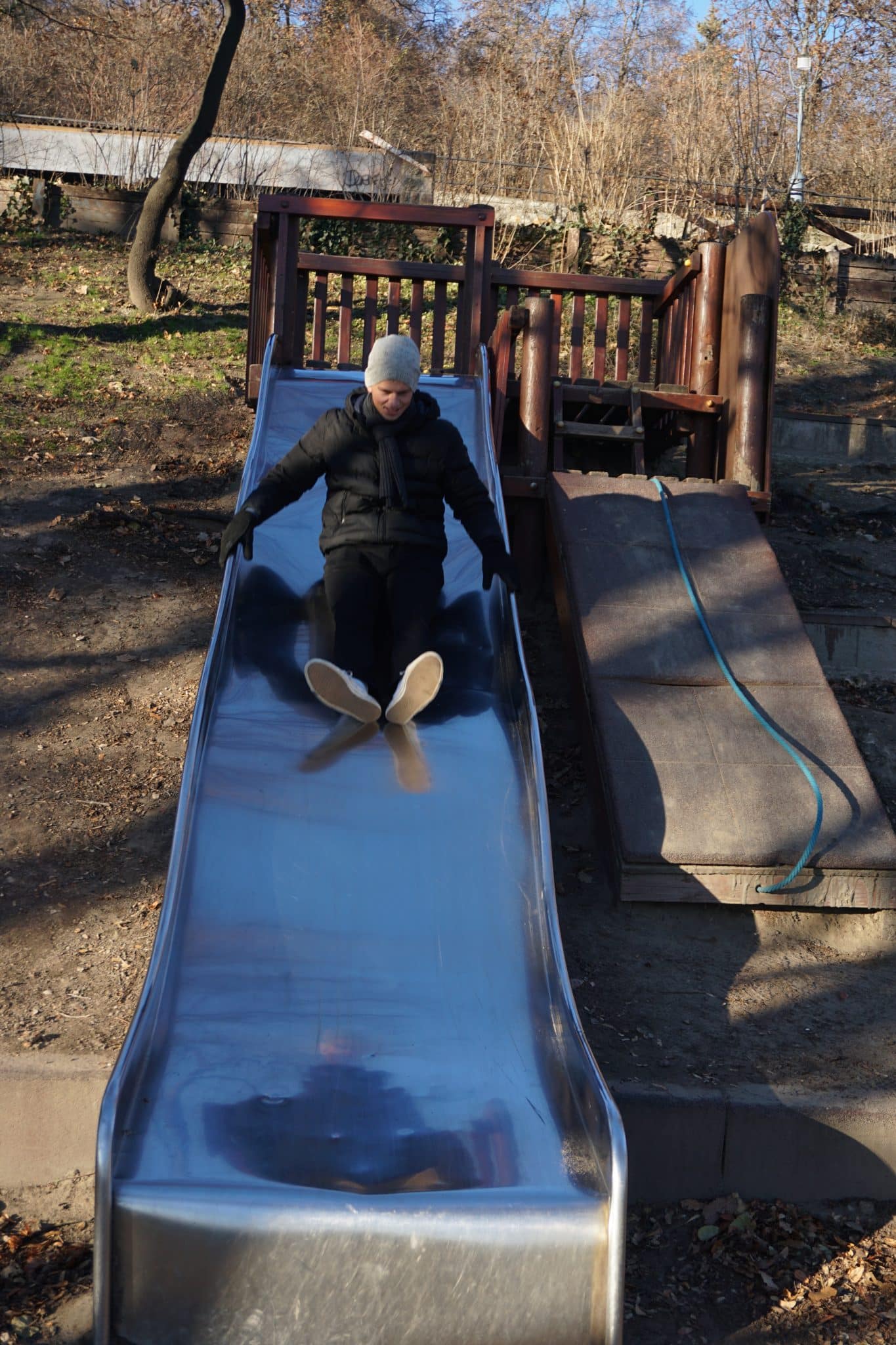 These are probably the most popular attractions on the Buda side. I loved the details of the Buda Castle, and there also was a Christmas market in front. The entire surrounded castle area used to be a palace for kings, dating back to the 12th century. Down along the Danube is the Fisherman’s Bastion, which has the best view of the parliament building. 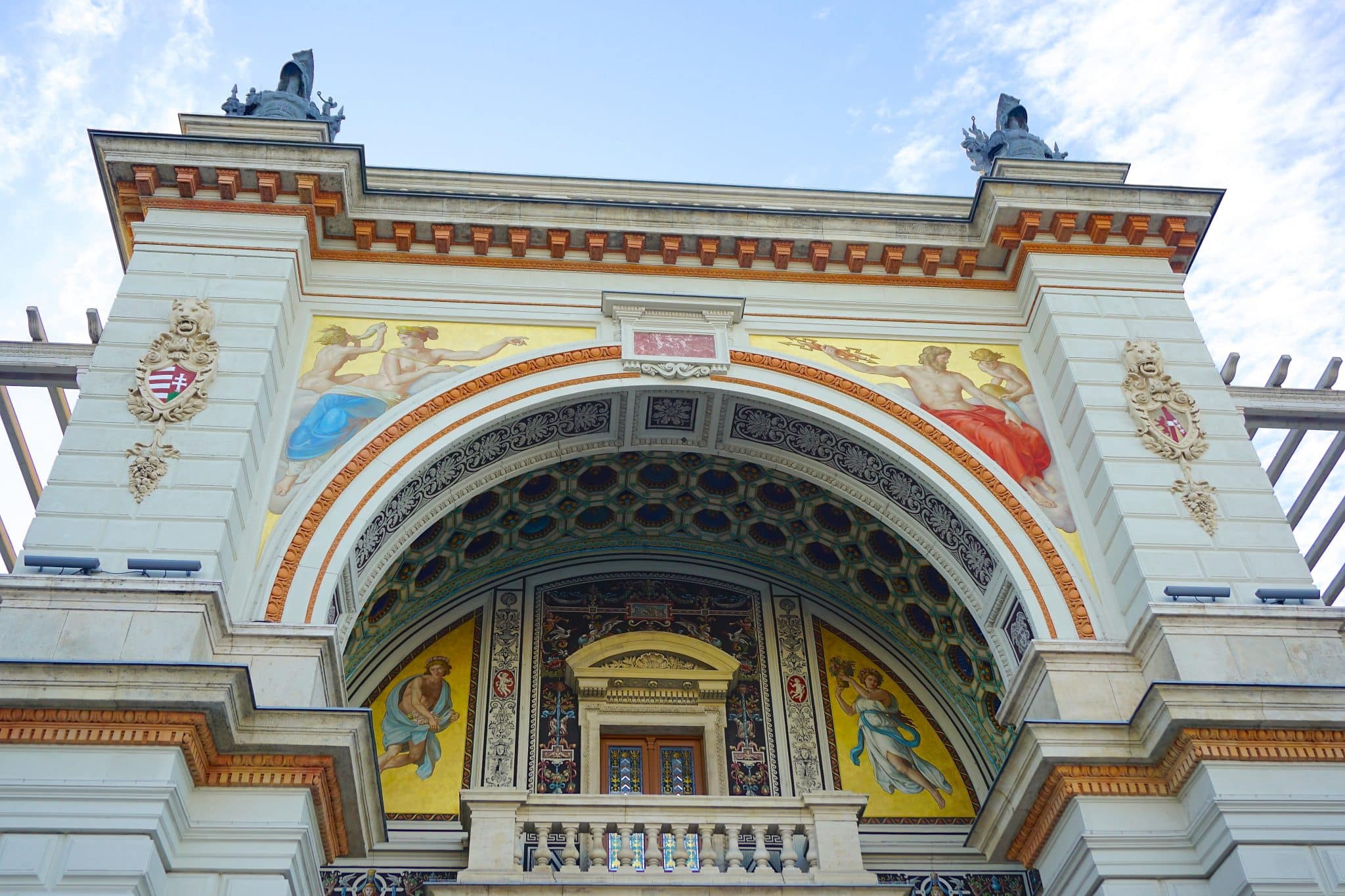 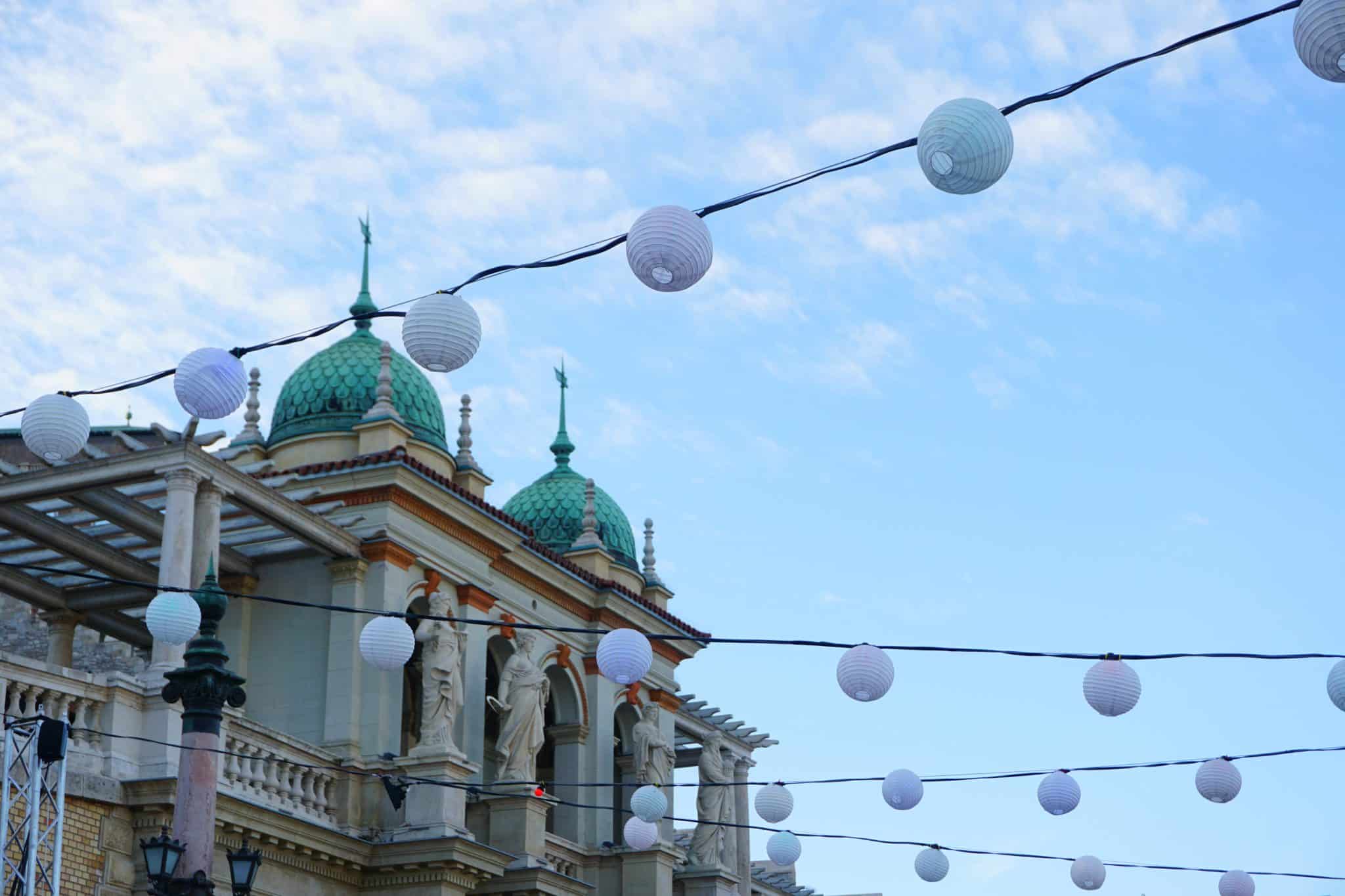 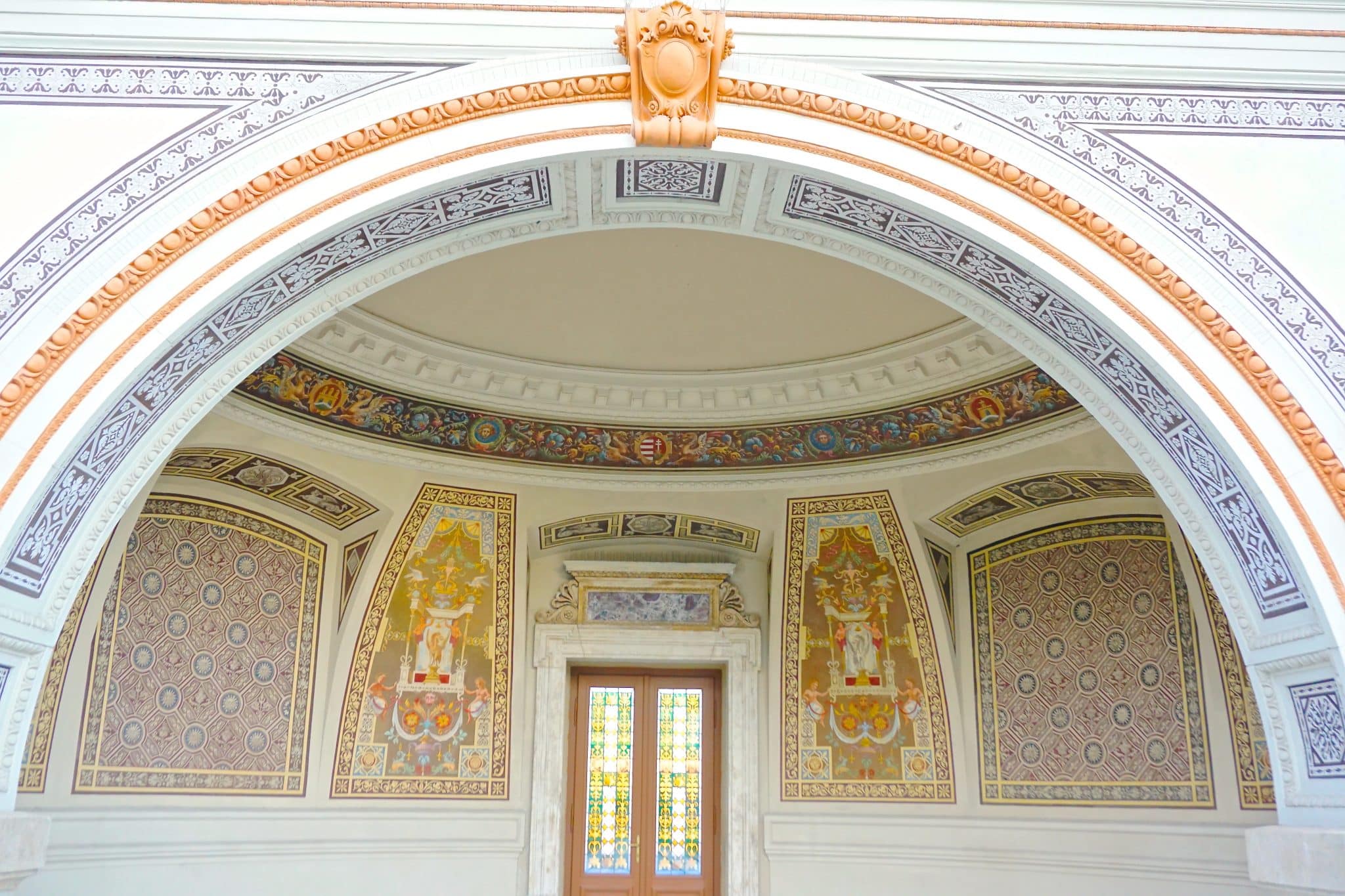 Thermal bath culture is a reason alone to visit Budapest, especially to warm up in the frigid temperatures! Where else can you chill in a castle’s hot tub without paying a fortune? I visited the most popular Szechenyi baths previously, though I personally thought it was too crowded and unsanitary. We ran out of time on our last visit, but I was really bummed we didn’t get to go to the Gellert baths, which are very sanitary and luxurious. A friend of mine also said she liked the Rudas baths the most, since they had a great view of the city. 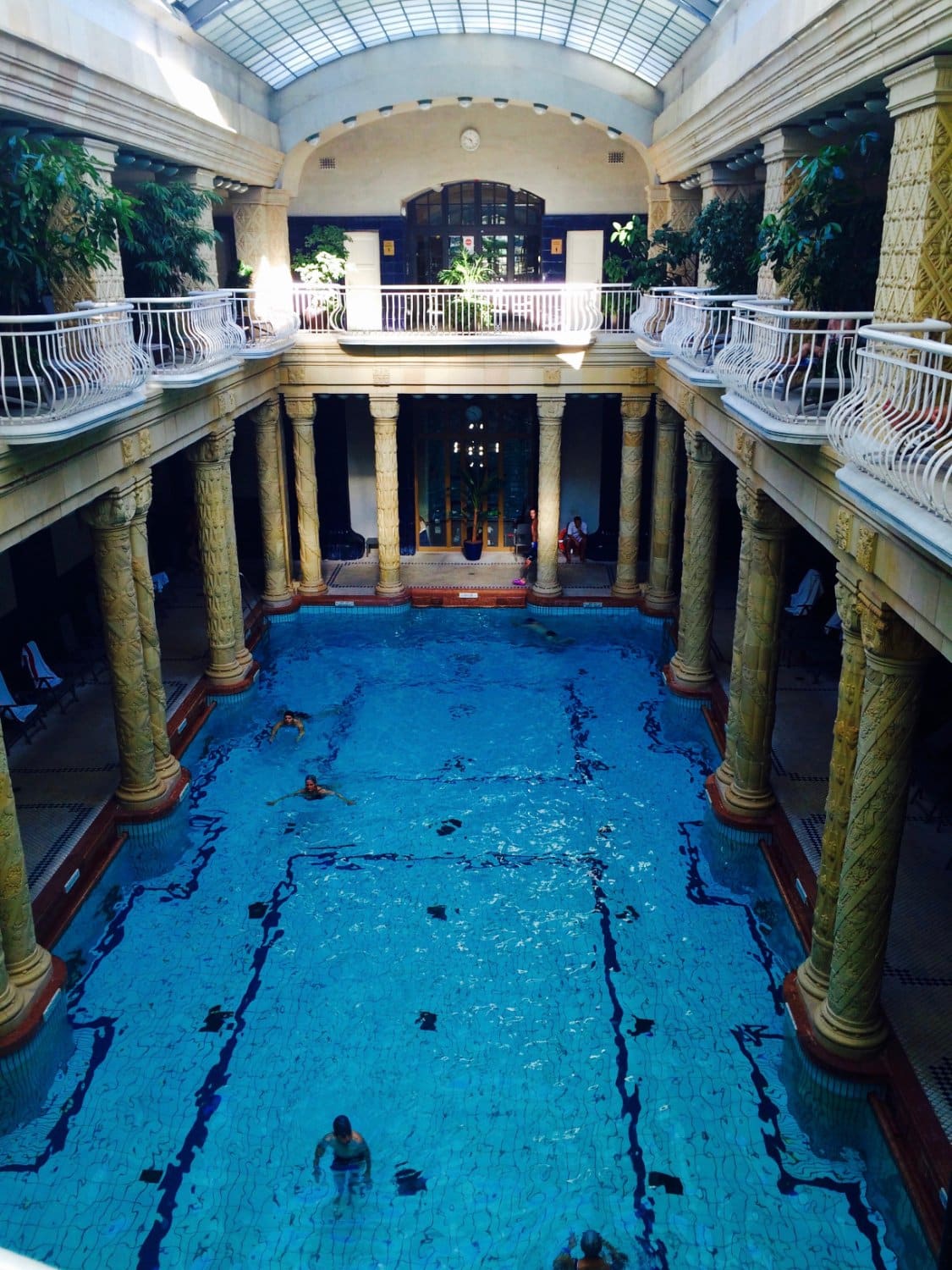 The wild nightlife is what sets Budapest apart from many other European cities. More specifically, the Ruin Pubs.

The Ruin Pubs are a collection of old “ruin buildings” converted into bars, decorated with miscellaneous and funky décor. Most of the pubs are found within the Jewish Quarter, which is a haven for foodies and hipsters. Some of the best I’ve been to are Szimpla Kert, Instant, and Mazel Tov. 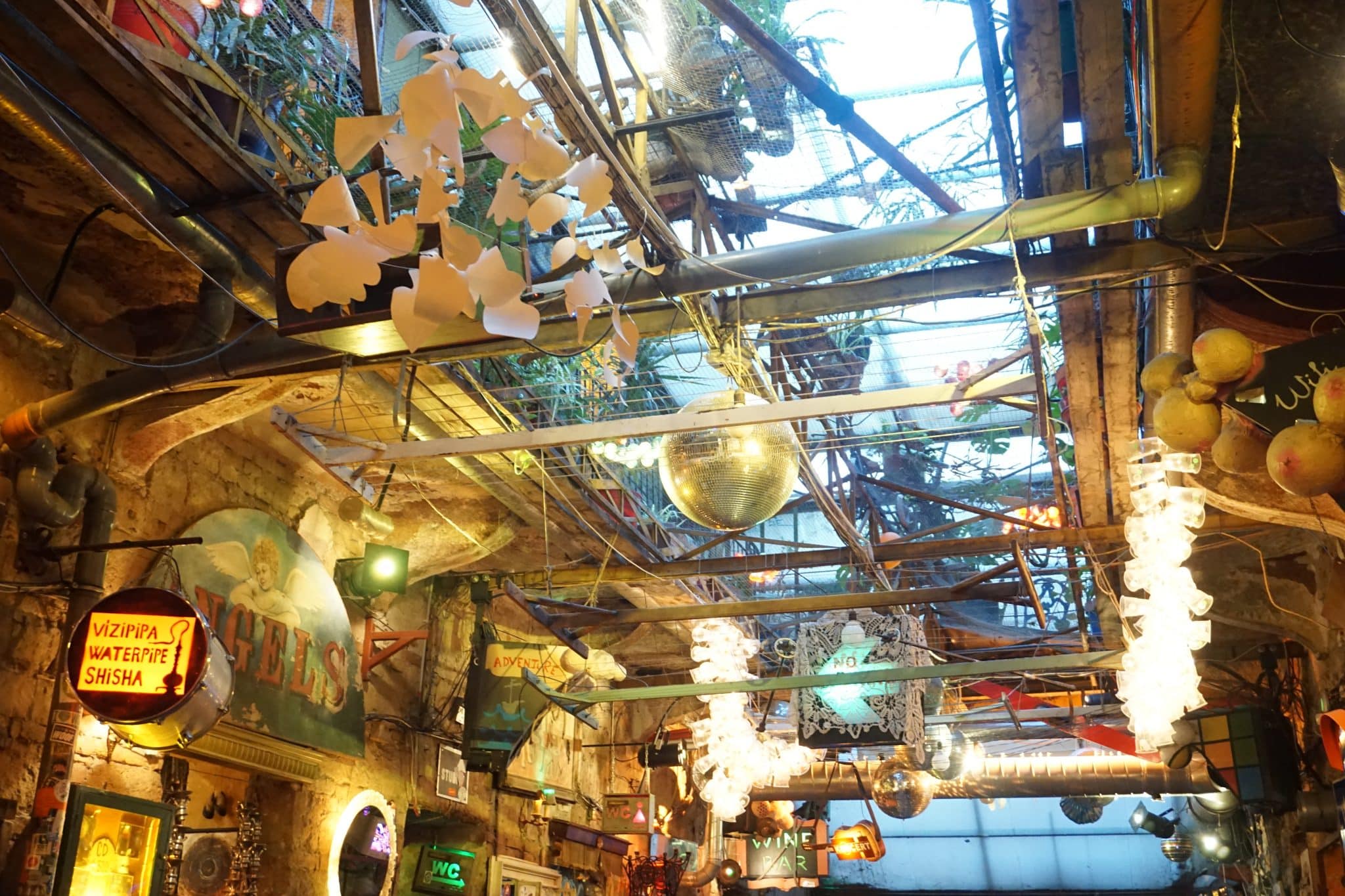 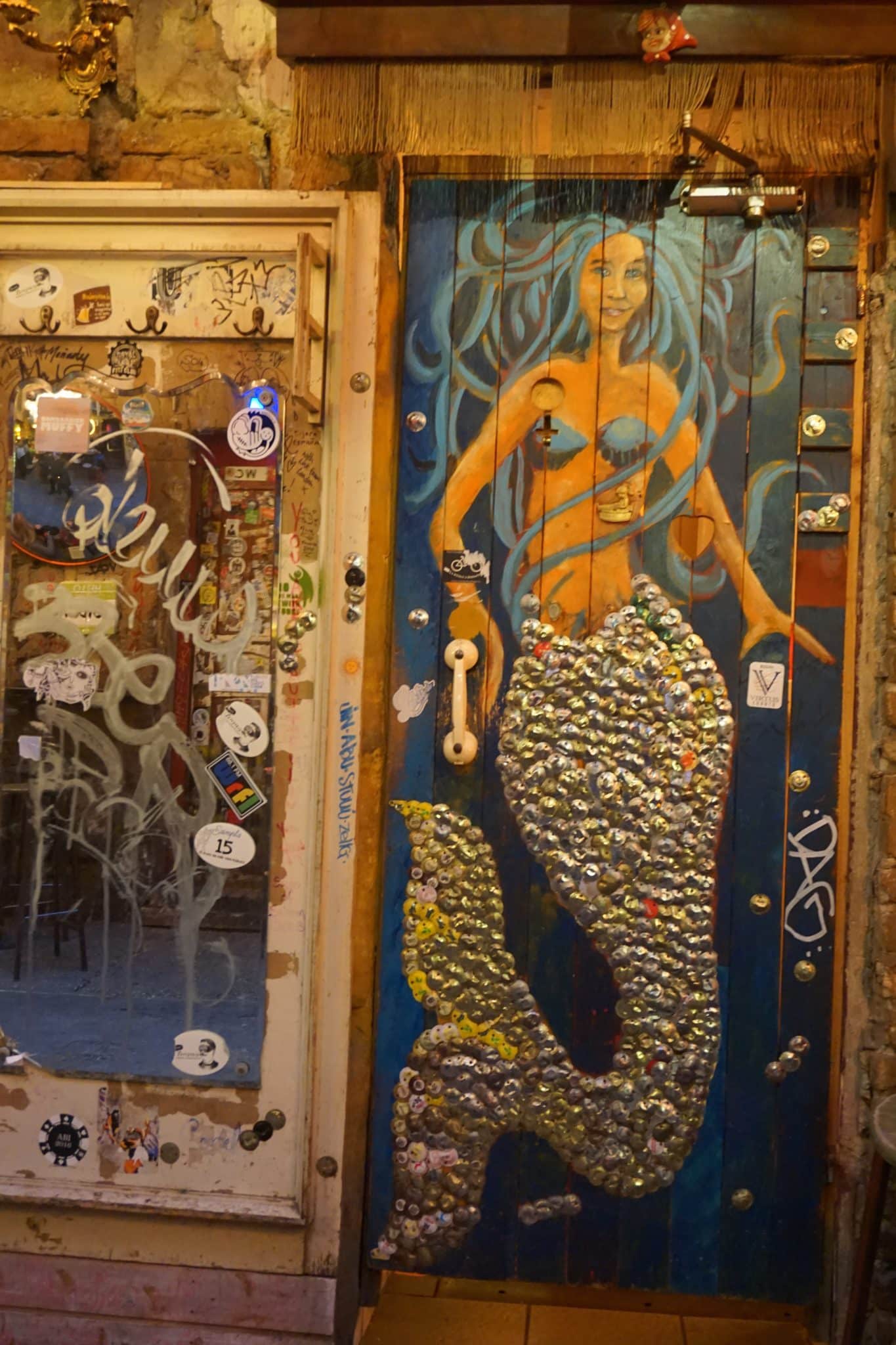 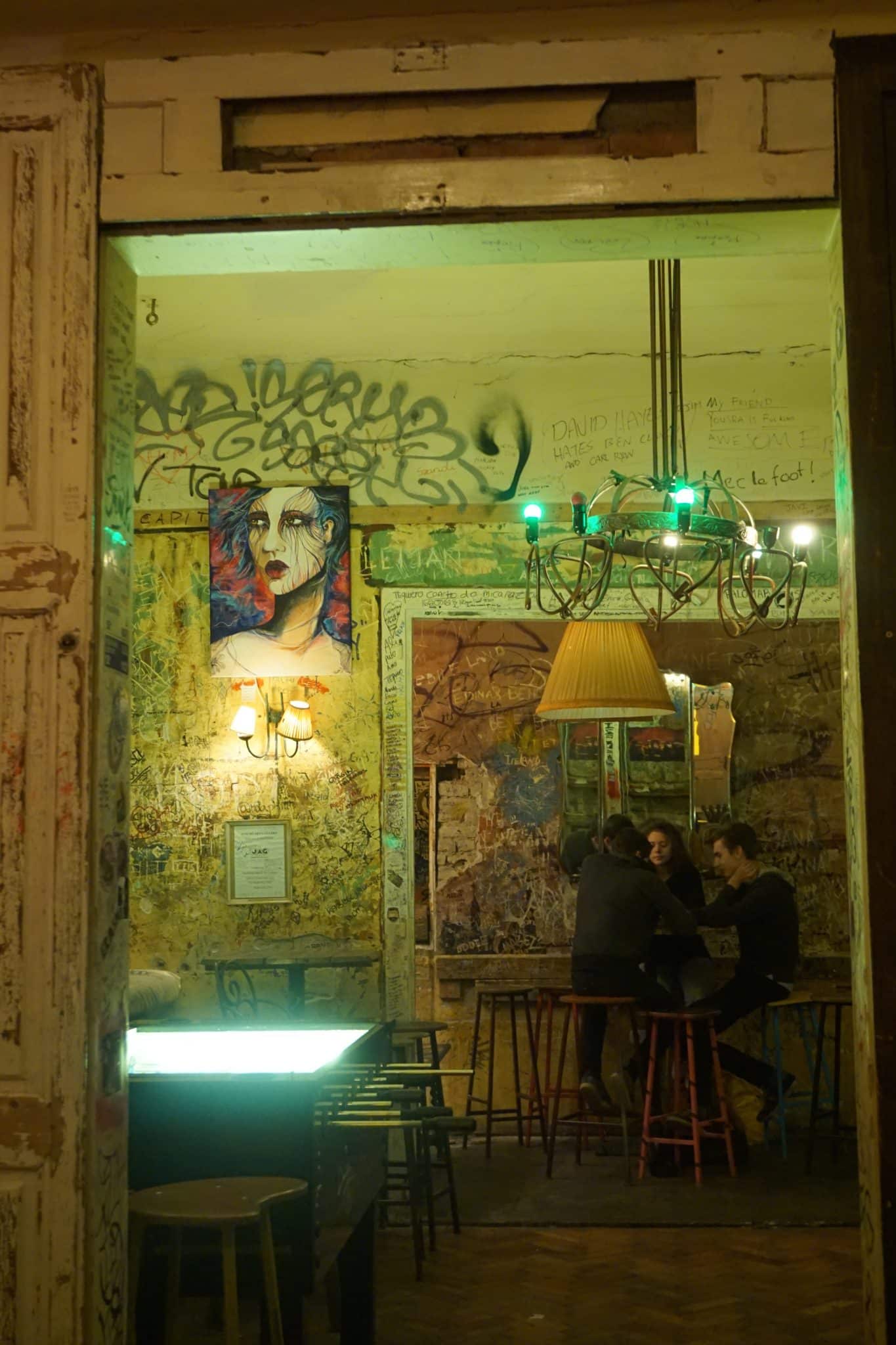 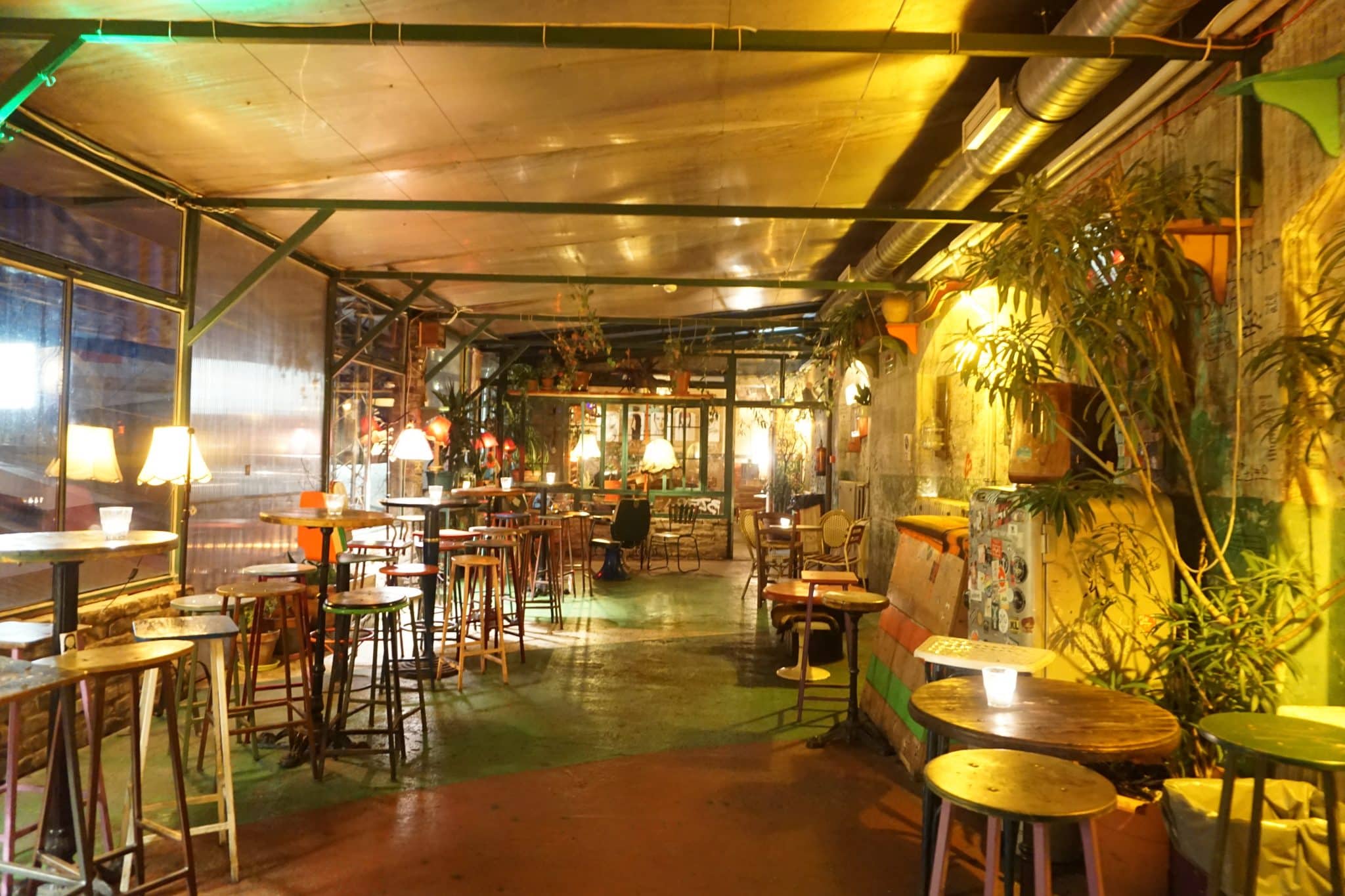 I’ve been to Szimpla Kert for a party a few years ago, and it was one of the most wild nightlife experiences I’ve ever had. I met people from all over the world, including Paris, Japan, and Brazil. My boyfriend and our two Hungarian friends decided to visit during one afternoon, and we were pleasantly surprised we had the whole place to ourselves!

Another night my boyfriend and I were wandering around in the cold, hangry (hungry and angry) with no plan. We ended up stumbling upon a restaurant called Puder, which was decorated with vibrant murals and antique accents. We immediately realized we were surrounded by mainly Hungarian locals, many who had dogs with them sitting at their feet. We had an unforgettable meal, and were later told by a local that this is one of Budapest’s best restaurants! 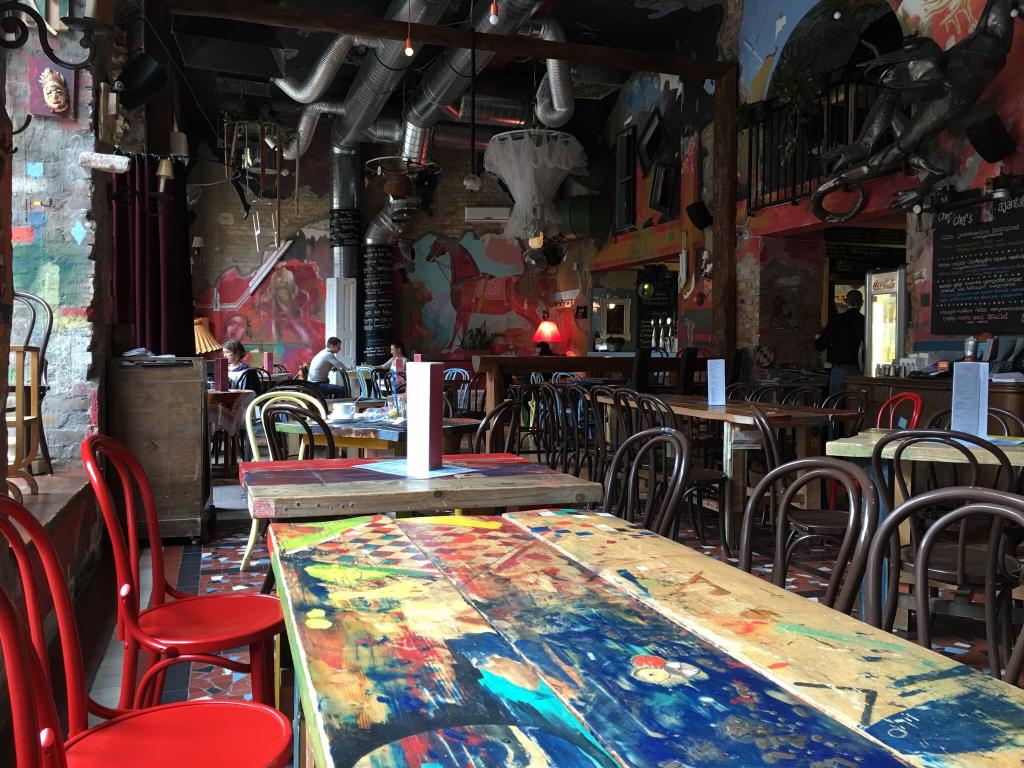 Though the Hungarian frequency (HUF) may be confusing, the prices are extremely affordable compared to the rest of Europe. Usually beer is equivalent to 2 Euros, and a nice cocktail is around 4 or 5. You can easily find savory street food for dirty cheap, and even several nice restaurants offer meals 8-10 euros a person!

You do have to be careful though, because once you take 30,000 HUF (100 Euros) out of the ATM, it starts to feel like monopoly money. Some places will up the prices for tourists who may not be consciously thinking about the conversion rates.

The city for lovers

Budapest may have a reputation for being a party city, but it’s equally romantic as well. It’s elegant and grand, but there are endless quaint and cozy corners. At night with all of the castles and monuments lit up, it evokes a sense of magic. There were several times we looked at each other with giddiness like we were living a fairy tale. 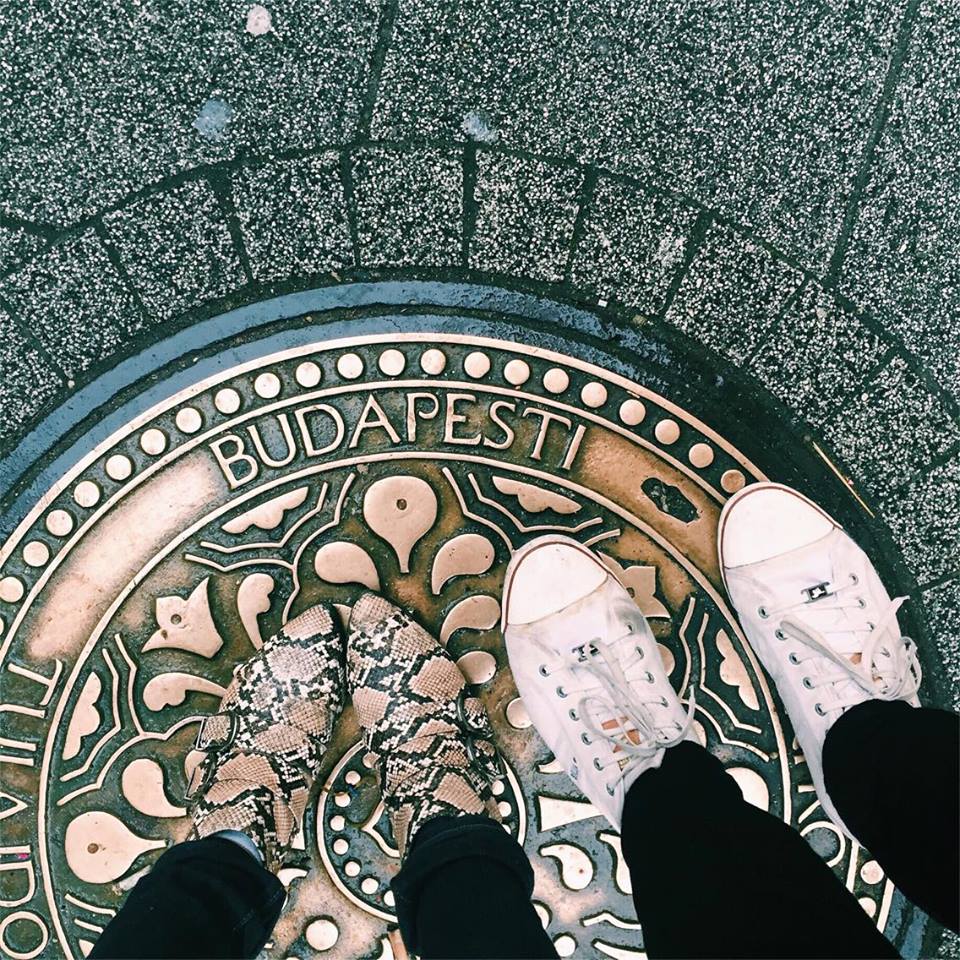 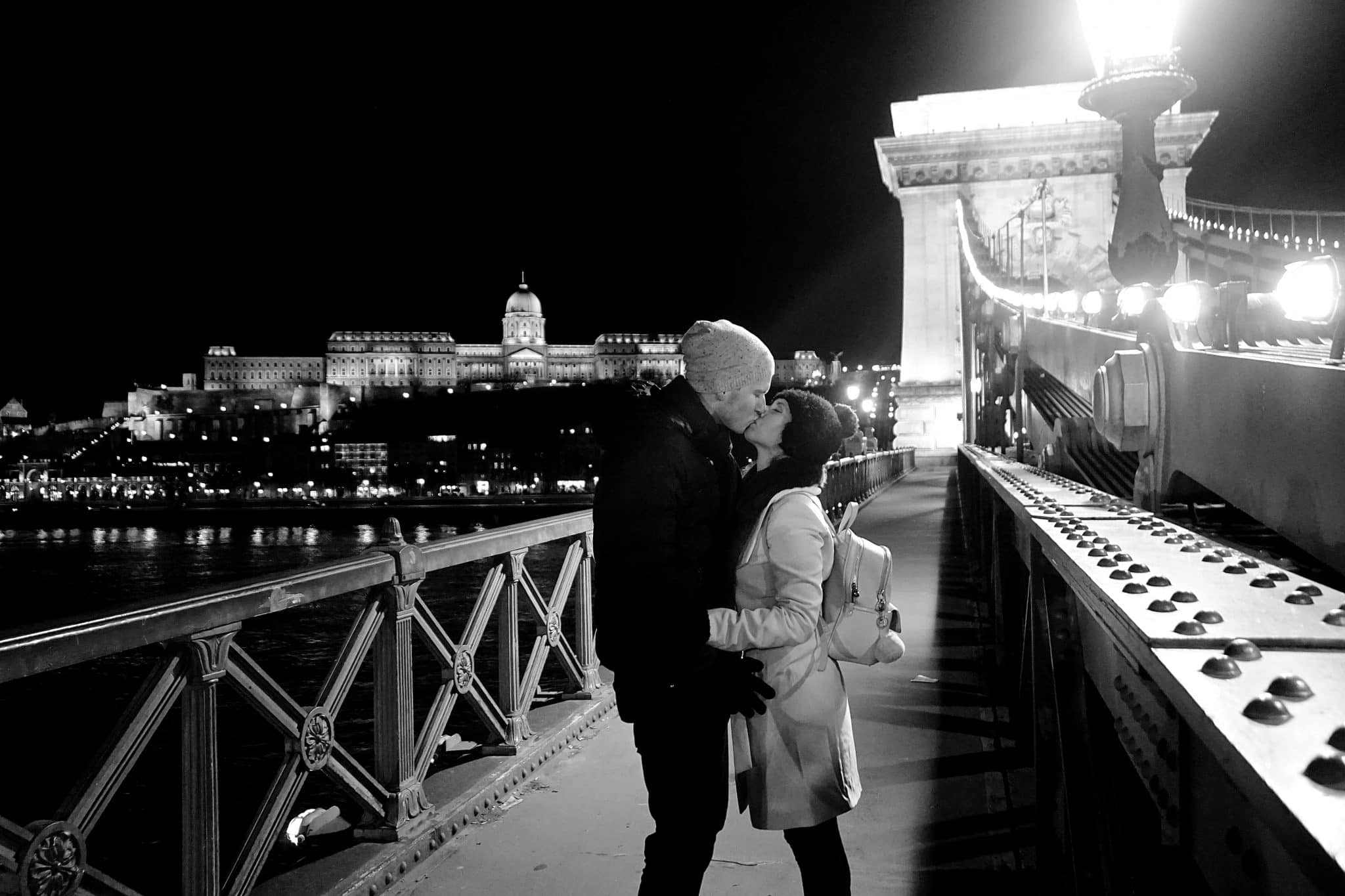 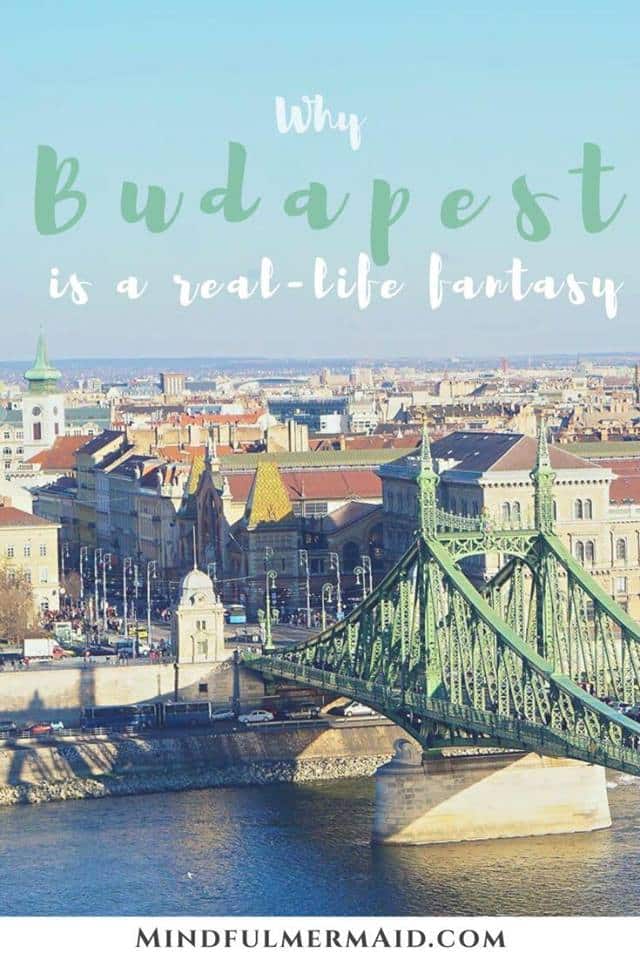 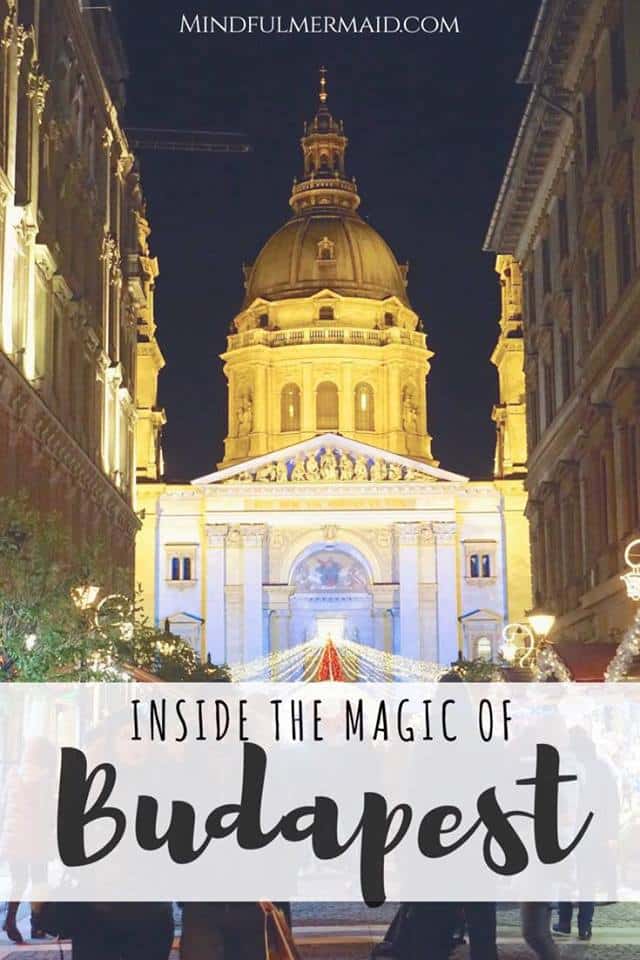