5 Best Brighton Attractions to See on a Day Trip 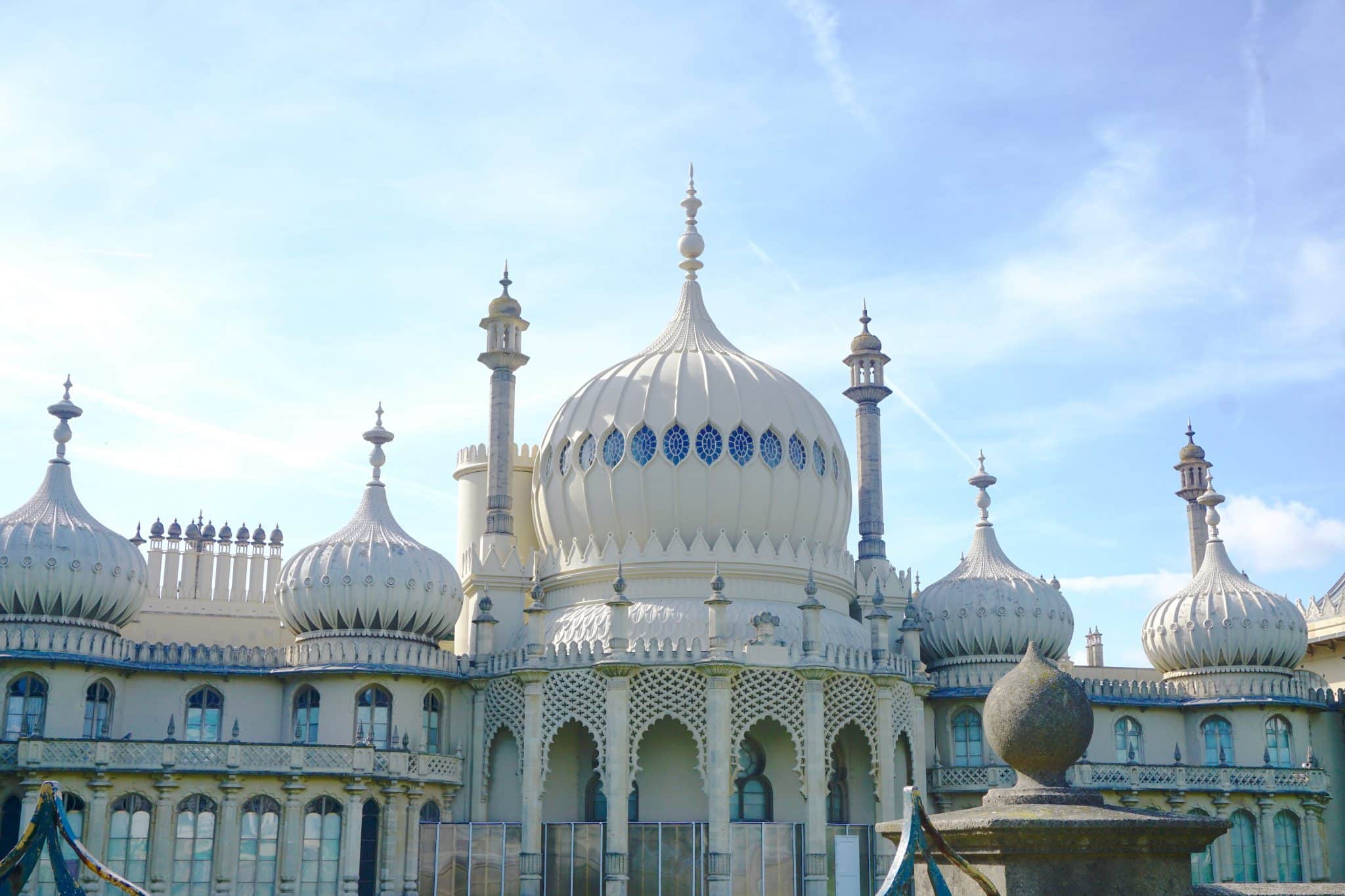 Have you ever visited a place that vastly over-exceeded your expectations? Well, that was Brighton, England for me. I underestimated the destination as a tourist trap, when in reality it was filled with a vibrant atmosphere and culture.

The best part? It’s one of the easiest day trips from London by train. In just about an hour, you can take a trip out of the city into this seaside, eclectic utopia is filled with funky coffee shops, boutiques, and markets overflowing into every bohemian side street.

Here are some of the things that made me fall in love with Brighton, England. 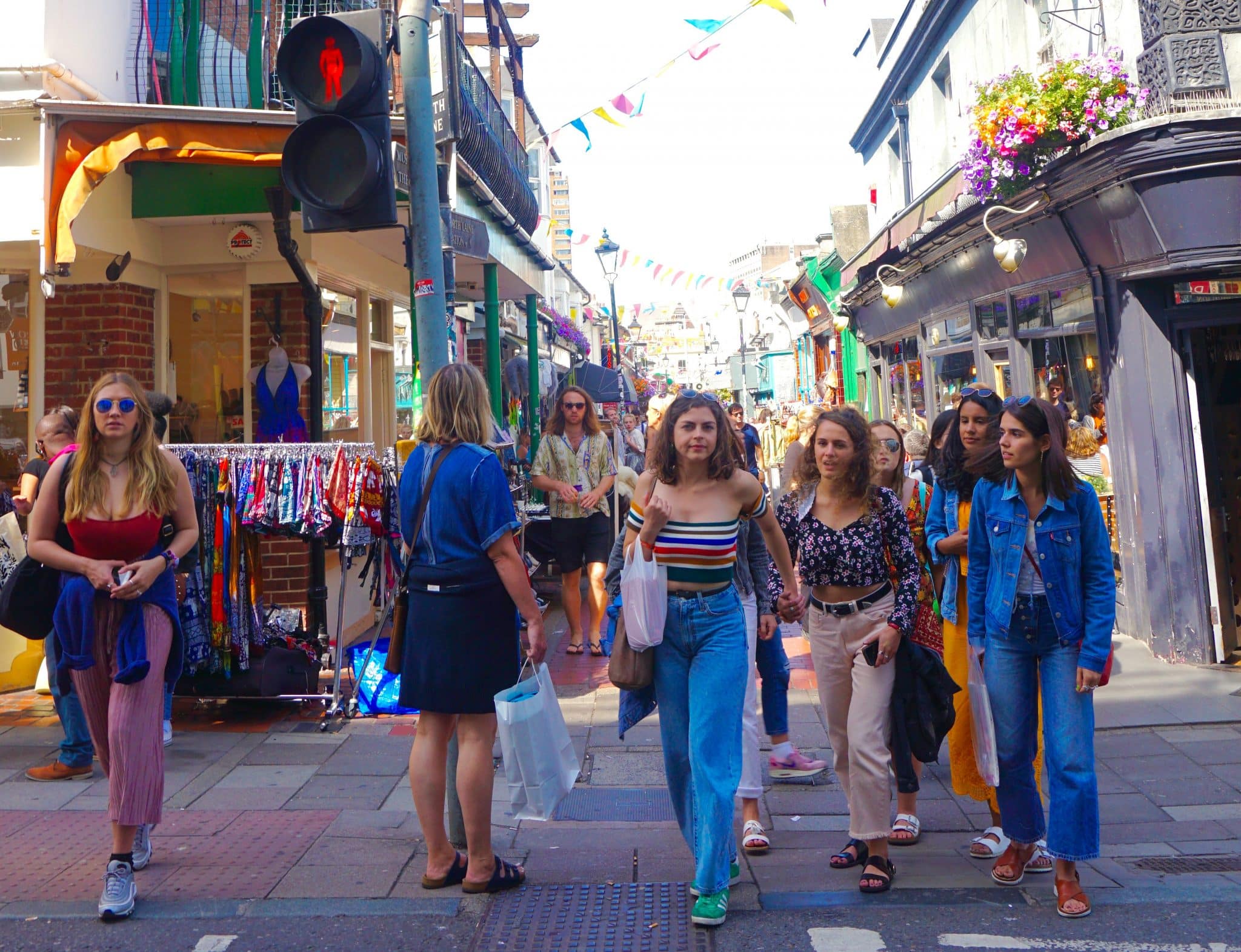 While I love London, it can often be a cold and fast-paced concrete jungle. Meanwhile, as soon as I stepped off the train in Brighton, I was greeted by the smell of salt in the air, sound of seagulls, crowds full of smiling faces, and a large rainbow banner that said “welcome to Brighton! All are welcome.”

Little did I know, I just stepped into Brighton’s during the legendary Brighton pride festival. Brighton takes pride in a strong LGBTQ+/queer community, so the festival is a celebration of locals and internationals coming together.

Though we didn’t go to the actual party festival itself, as we needed tickets, there were many other small events happening throughout the city during the weekend extravaganza.

Even if you don’t come to the pride festival itself, Brighton exudes acceptance and a free-love atmosphere. This was perfectly encompassed by the “No racists, homo/trans phobs, sexists, or assholes allowed” in the window of a few shops around town. 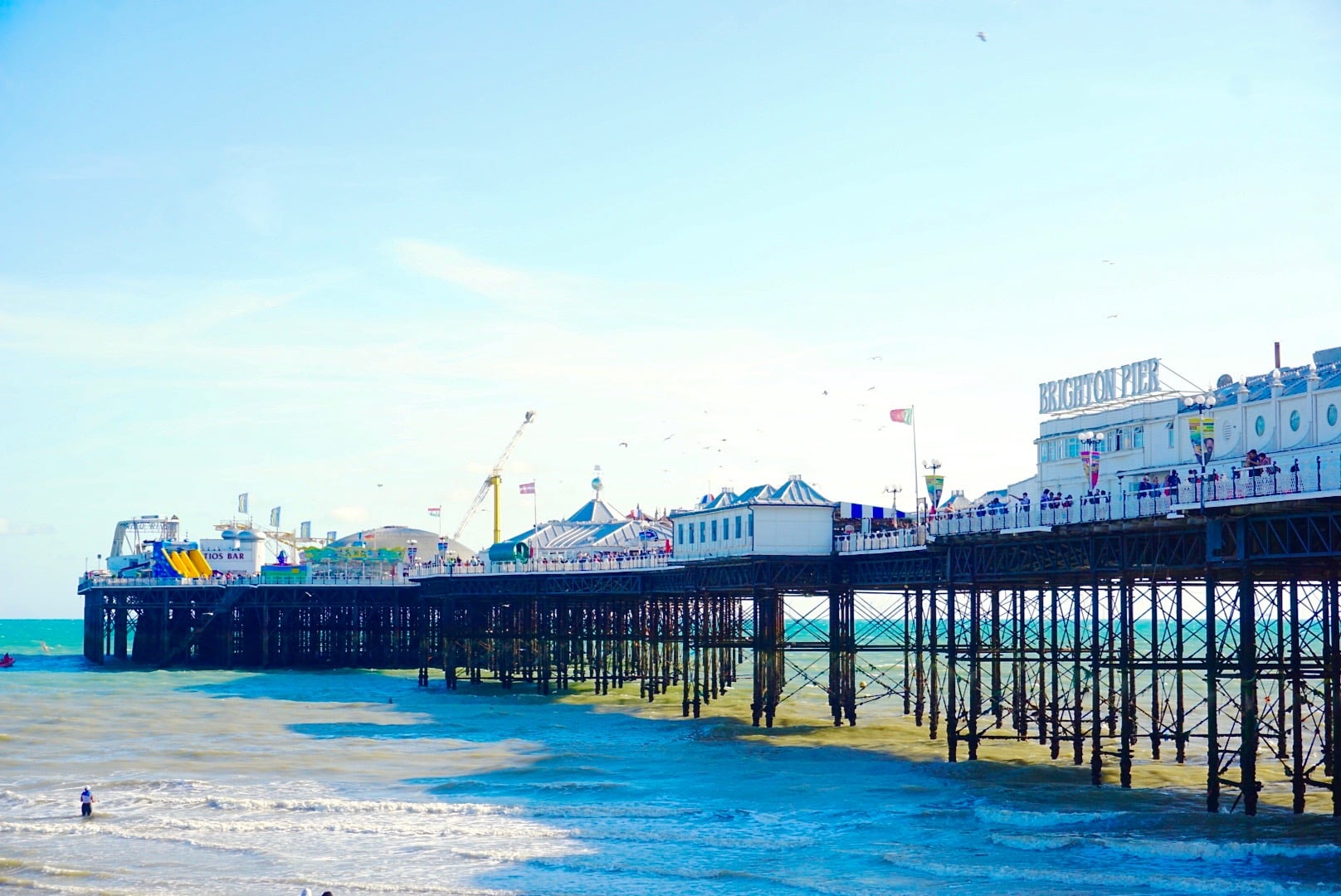 Ah, now this is what originally brought me to Brighton. A quick Google search brought me to a vast stock of photos of a gorgeous seaside pier, and I said, “Yep, I want to go there.”

Perhaps this is the most touristy part of this coastal town, but believe me when I say it does not detract from its natural beauty. The pier has a wide selection of rides and street food, while along the beach there is spotted with a few more rides and seaside bars.

Make sure you check out the carrousel that is on the beach, to the right of the pier! 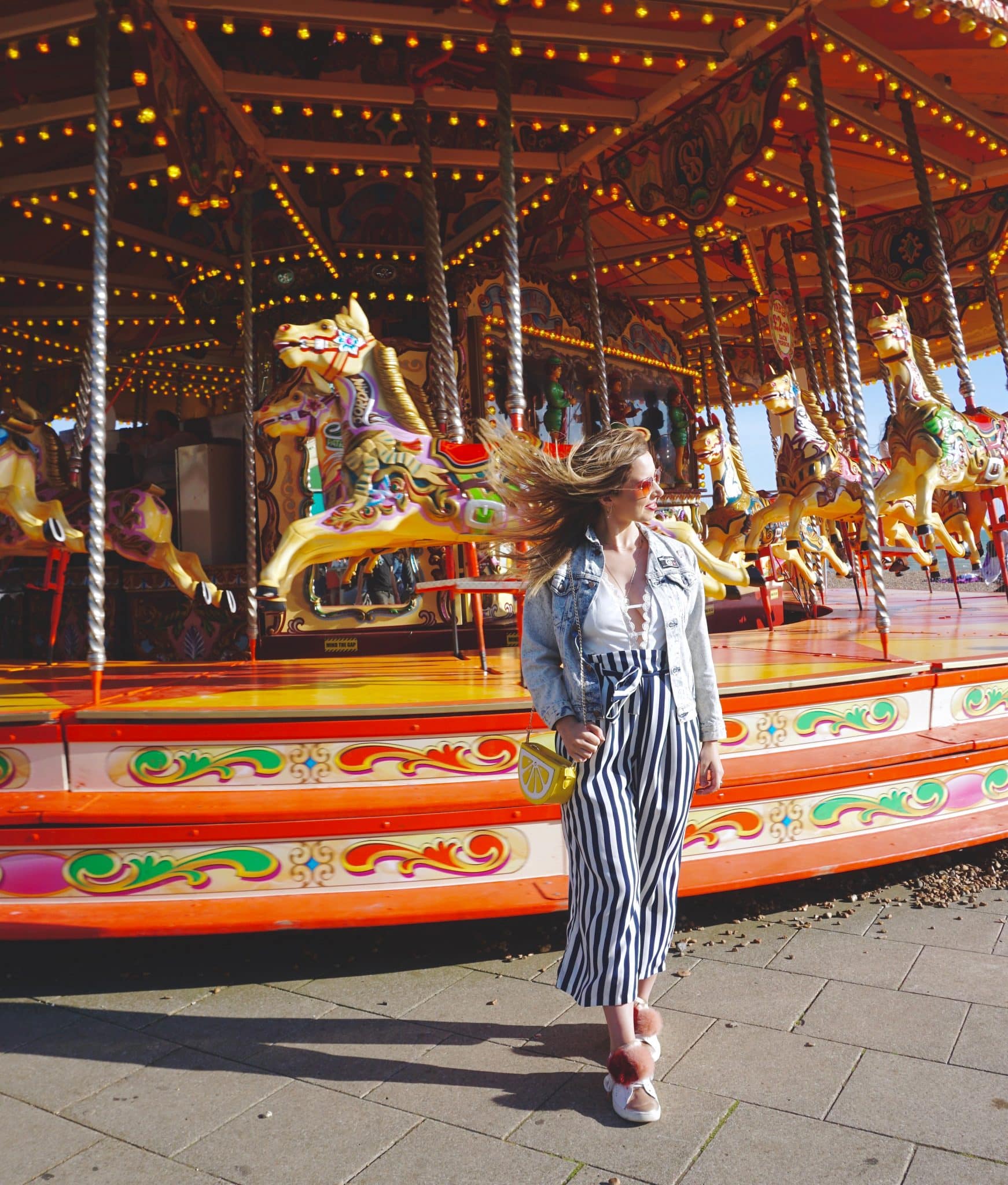 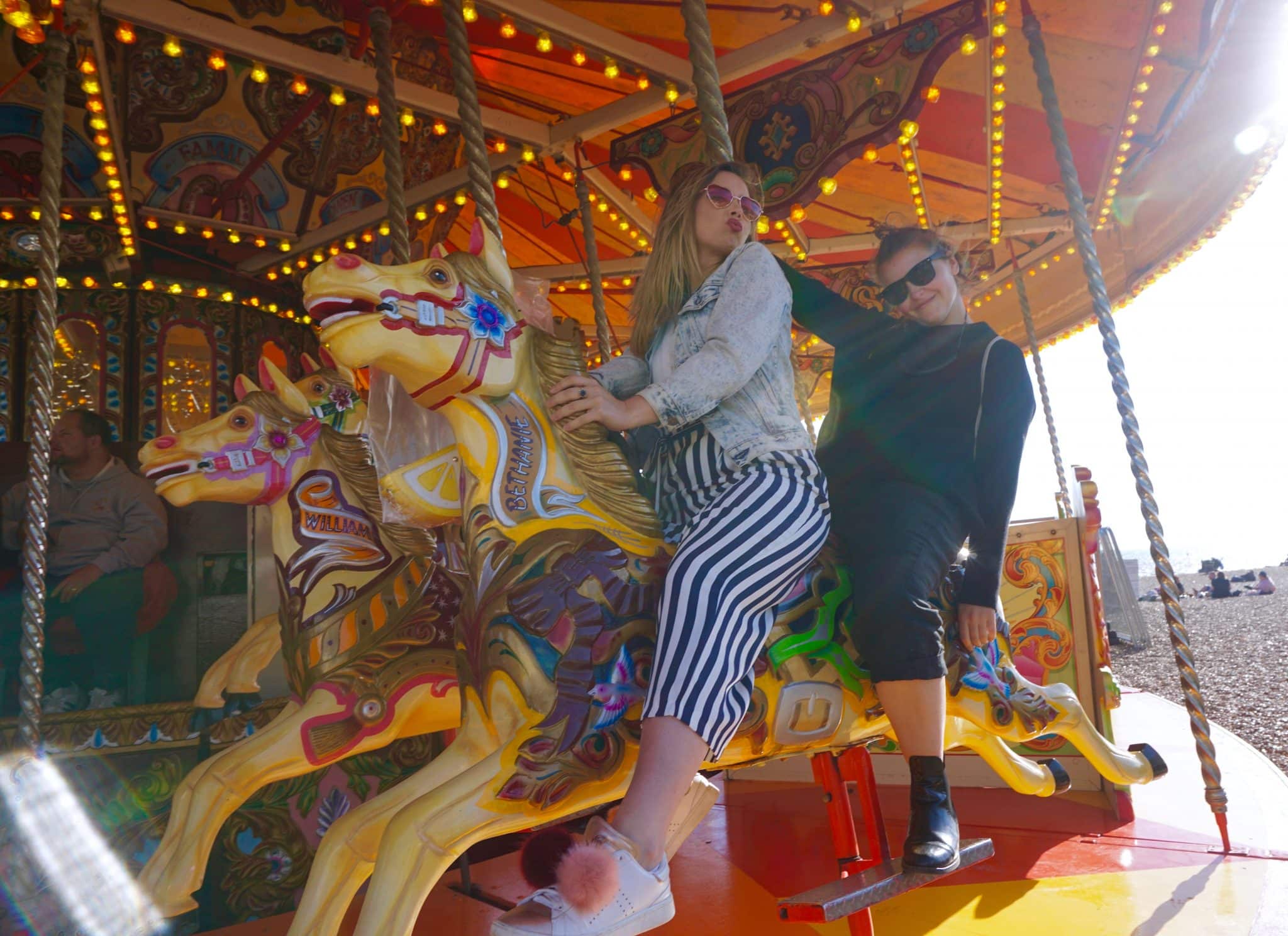 Wait, are we in England or India? The Royal Pavilion in Brighton may have you guessing on the latter. This historical landmark dates back to the 1800s when King George IV’s reign developed an Indian style palace. He incorporated Indian design on the outside and Chinese on the inside, which made it a western interpretation of the east. Later during WW1, the palace served as a hospital for Indian solders. 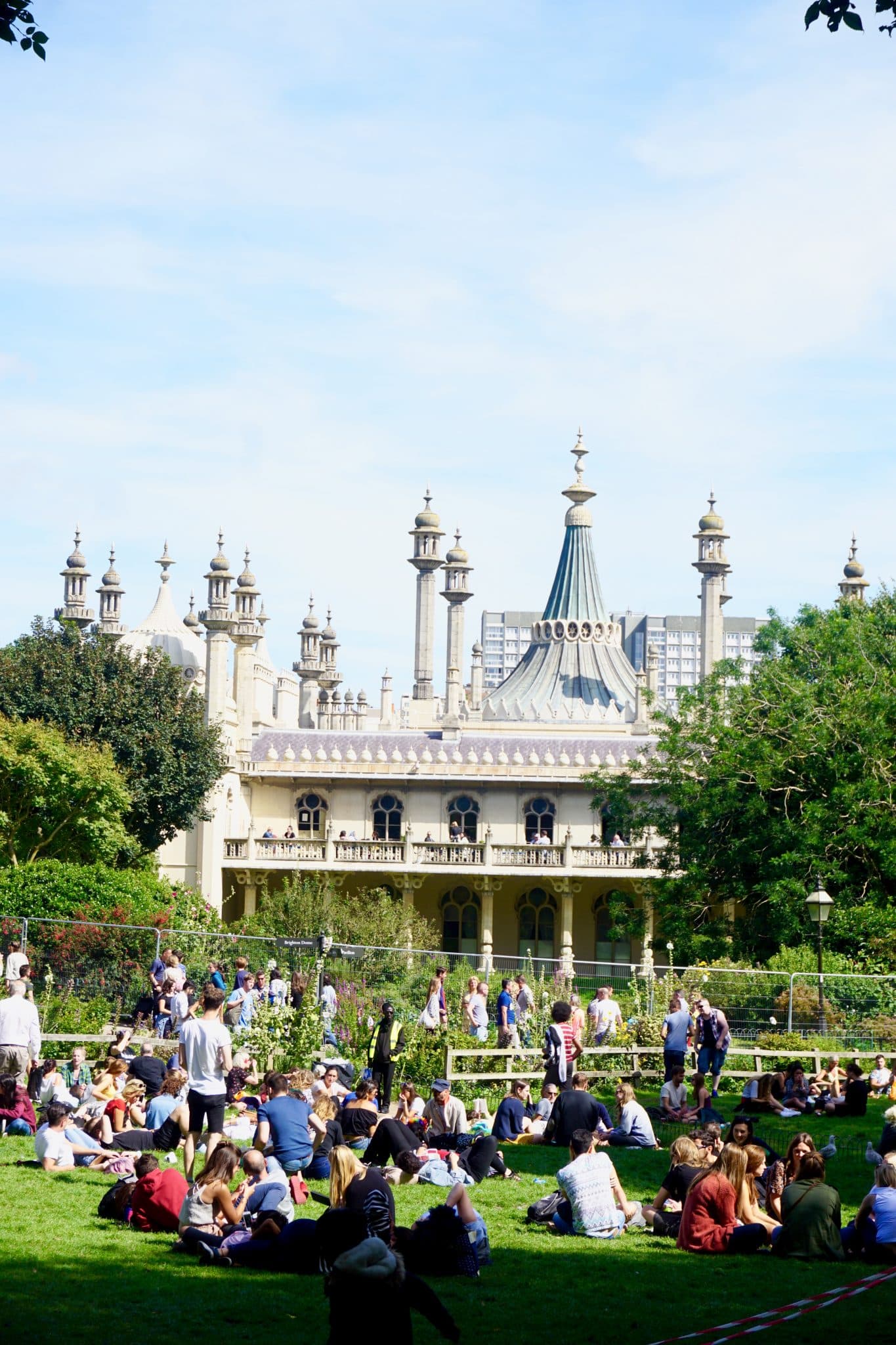 Fast forward nearly a century later, the Royal Pavilion is one of Brighton’s main attractions. The exotic backdrop is juxtaposed with crowds of millennials picnicking or listening to live music in the park.

Believe me when I saw it’s been one of the coolest landmarks I’ve ever seen in Europe! 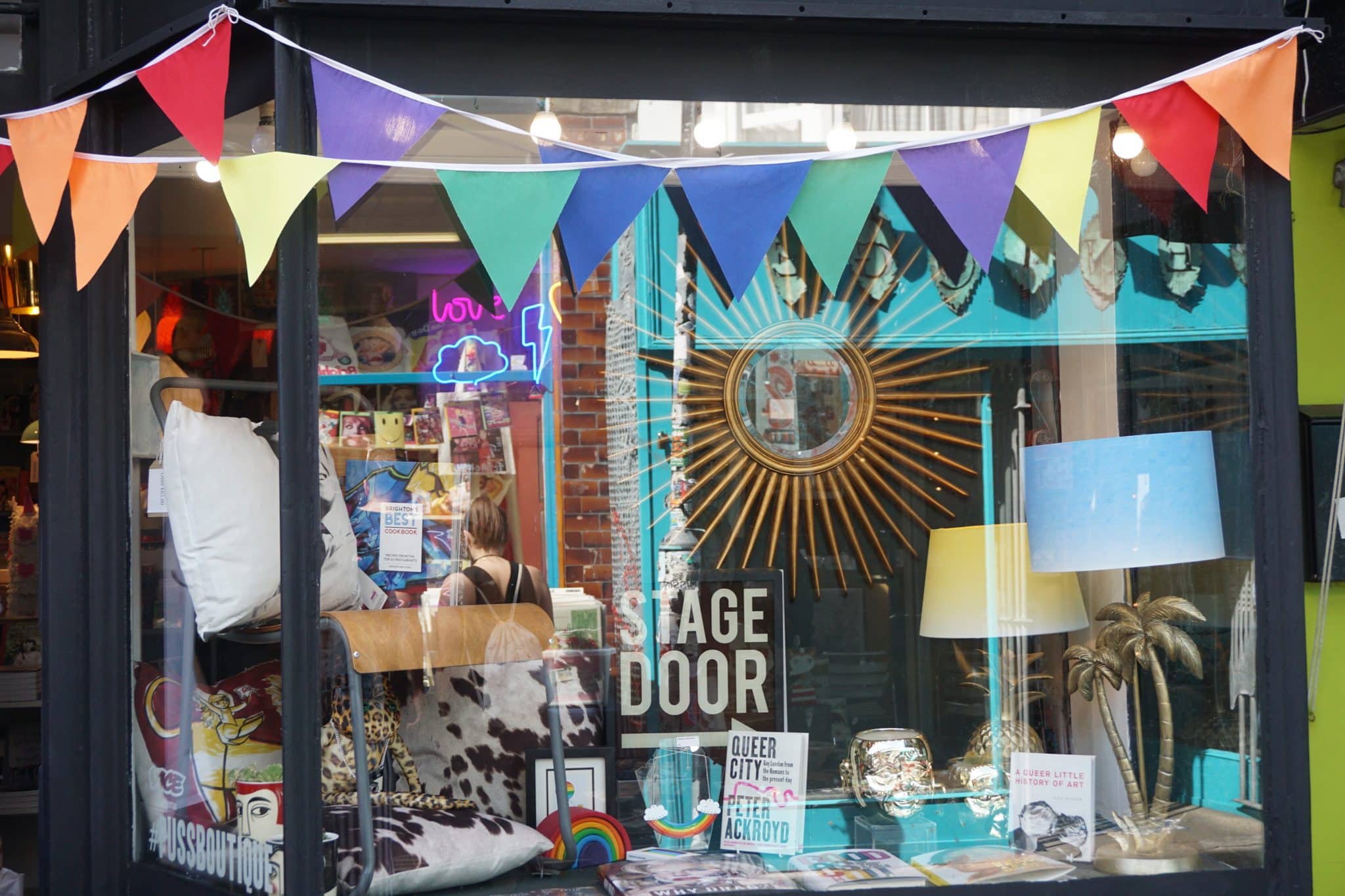 Brighton’s shops and markets can be compared to the funk of East London. You’ll find home decor, purses, clothing, and knick-knacks, for a fraction of the cost you would pay in many parts of London.

I went a little crazy in this store full of novelty bags. Even though I found this one that says “Mermaid Martini”, I decided going with the Lemon bag was a big more practical.

There are also a number of funky restaurants around Brighton. We stopped in this Mexican restaurant called La Choza for an espresso martini, obviously sporting my new Lemon purse.

If you’re just another color-obsessed millennial like myself, then Brighton will make your heart skip a beat. You’ll find Brighton’s most colorful hues are in hidden places. 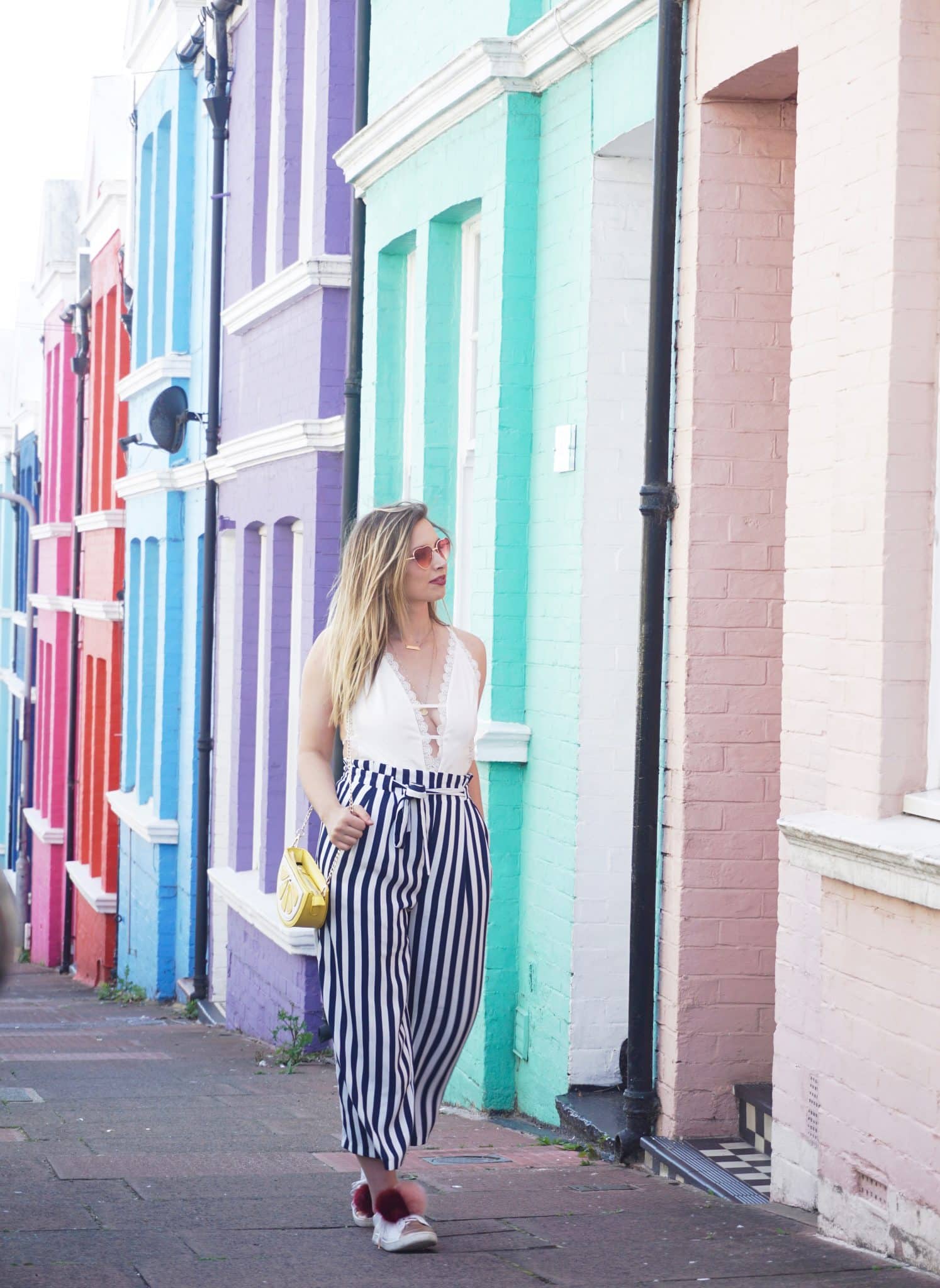 A bit outside of town is this row of colorful houses on Blaker Street, which gives London’s Notting Hill neighborhood a run for its money. Also to the right of the pier about a 20-minute walk down are these colorful beach huts along the water. I just so happened to find one that matched my outfit perfectly #daymade. 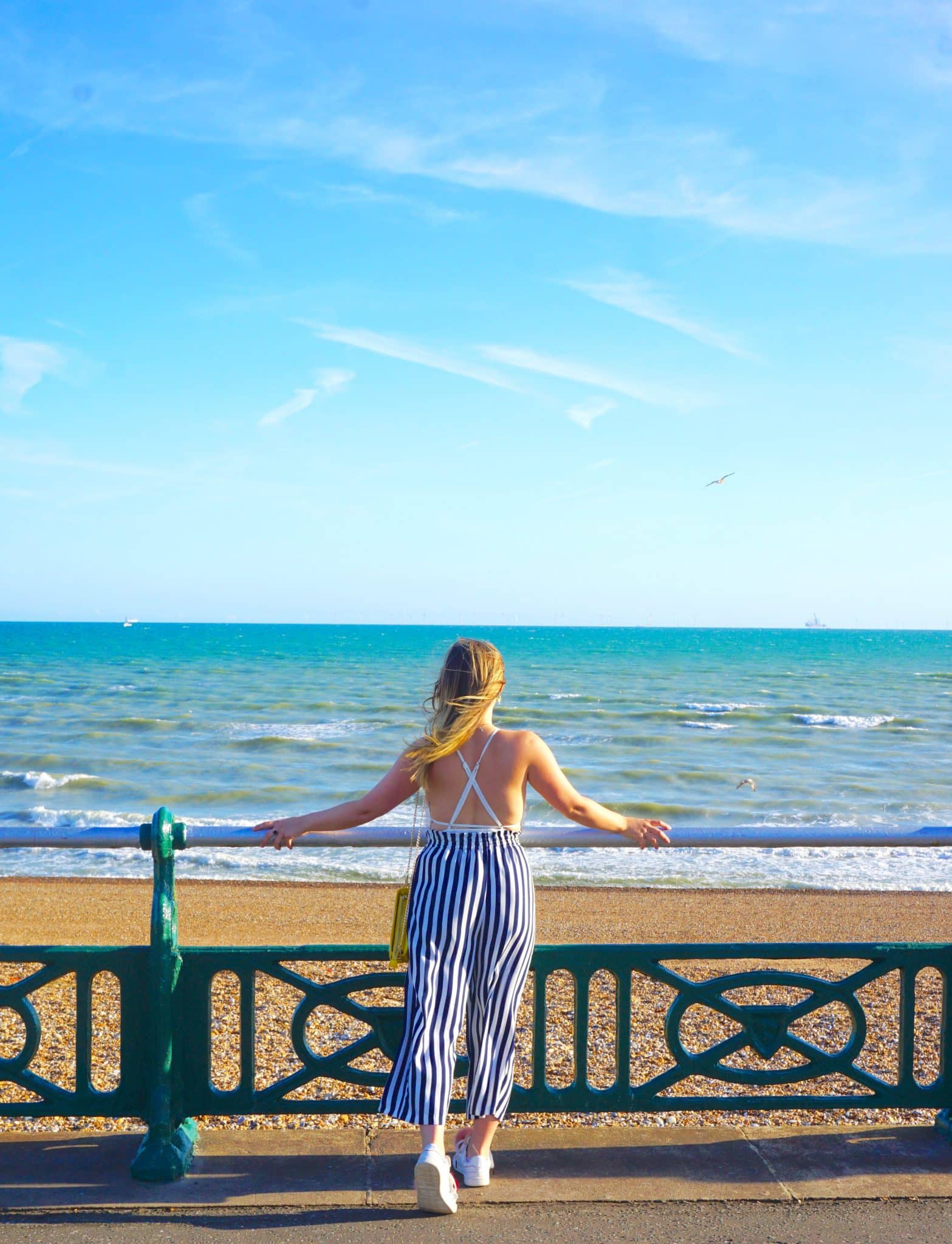 Brighton was not one of those places where I’m glad I’ve seen it, but I’ll never return. After my day trip, I know where I’ll be taking a seaside city escape next!

You can easily get to Brighton from London by the train, either from Victoria or London Bridge. Trains leave about every hour, and the journey time is slightly under an hour.