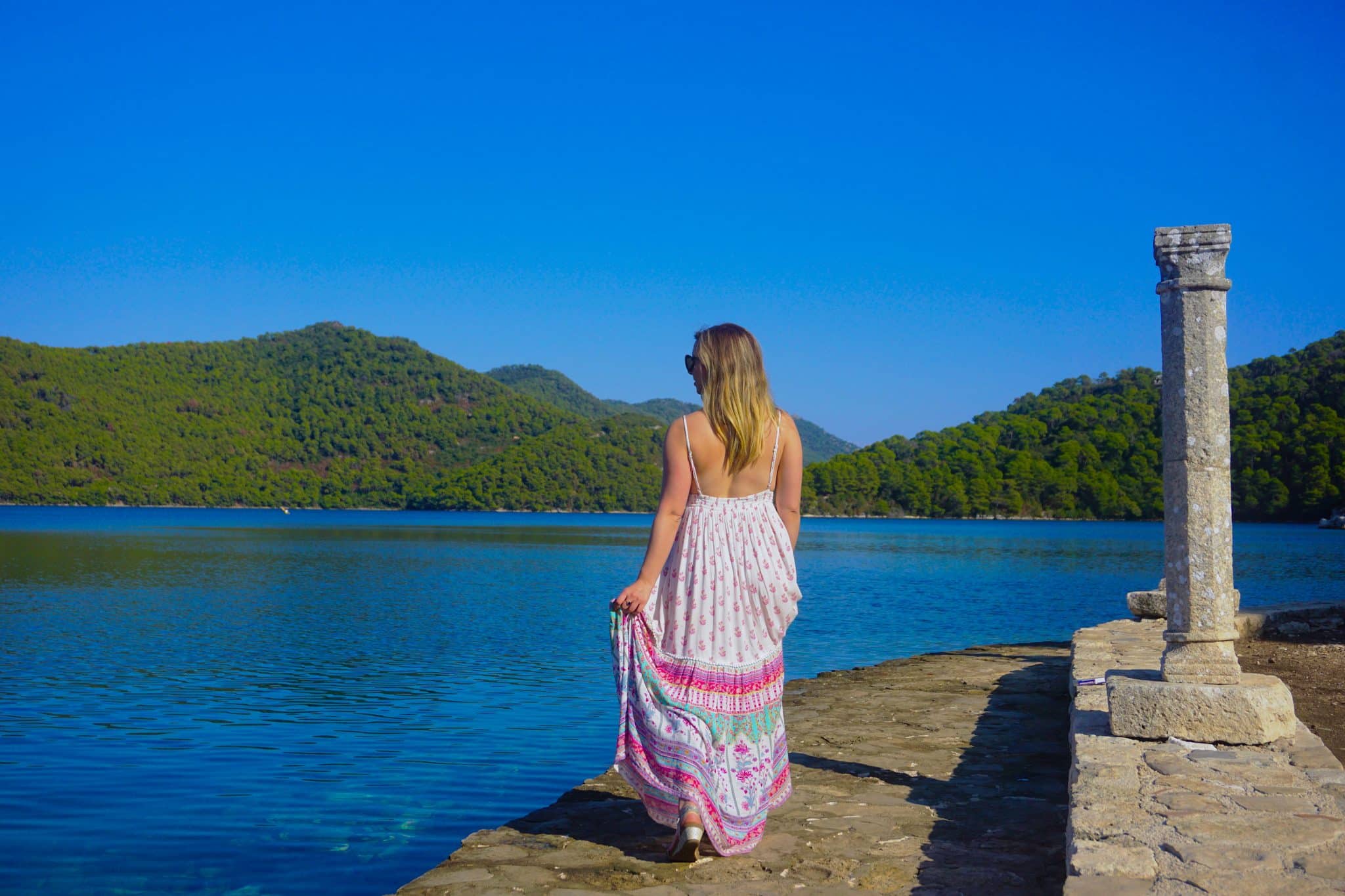 Voted the Croatian island with the best nature by Lonely Planet, Mljet is the place to go when you want to leave it all behind and get lost in Dalmatia’s purest nature.

The island’s beauty draws in a mixture of locals and tourists from around the world, and sets an example for excellent conservation efforts. Not to mention, you’ll also find some of Croatia’s best seafood here too. 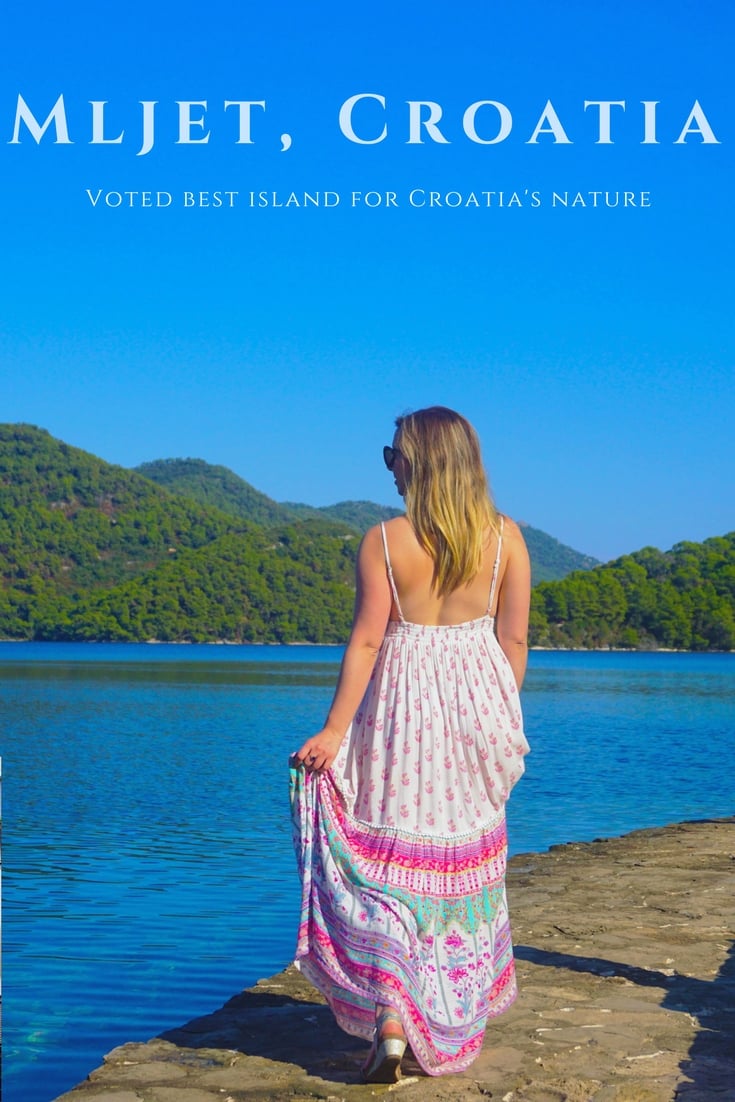 I first visited the island of Mljet 3 years ago, and it was unlike anything I’d ever seen. I was immediately blown away by how clean the air and water was, and the lush landscape. Today, the island continues to amaze me, and always has a way of bringing me back down to earth.

My boyfriend’s father is from Mljet, so he grew up spending a lot of time there himself, especially during the war in Dubrovnik. Whenever another Croatian hears his last name, they immediately reply with, “Oh! You’re family is from Mljet!” 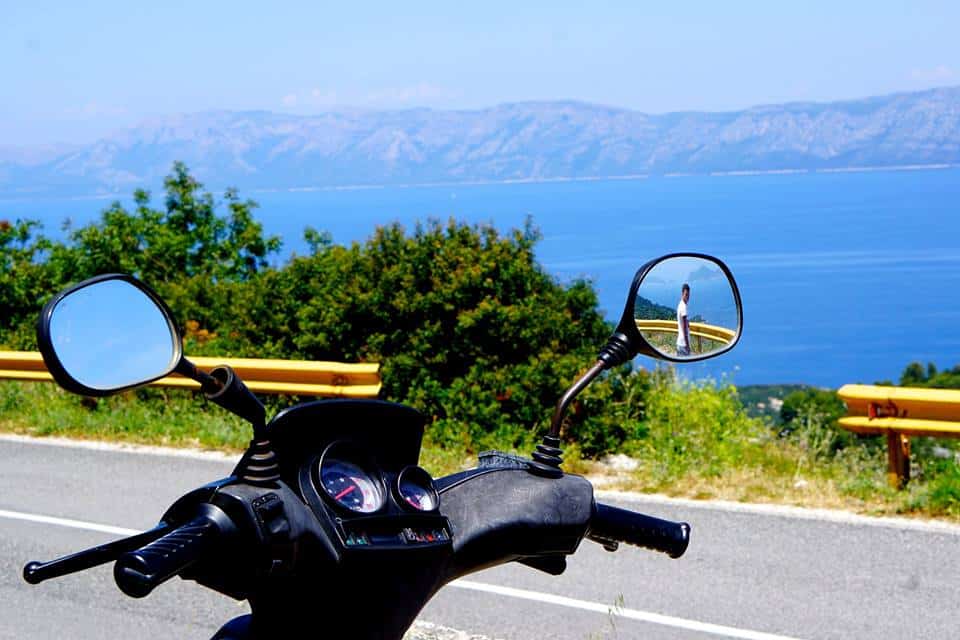 Although the island may have a small town feel, it’s actually one of the biggest islands in Croatia. It is almost 40 kilometers long with a total area of nearly 100 square kilometers.

Thus, you won’t be able to explore the entire island by foot.

What to do and how to get around on Mljet

If you have the opportunity, I hope you decide to explore Mljet by scooter. As you can see in my video above, it’s really an incredible way to embrace all of Mljet’s nature while seeing the highlights of the island. You can also rent a car on Mljet too. Either of these can be rented near Mljet’s harbor where the ferry drops you off. 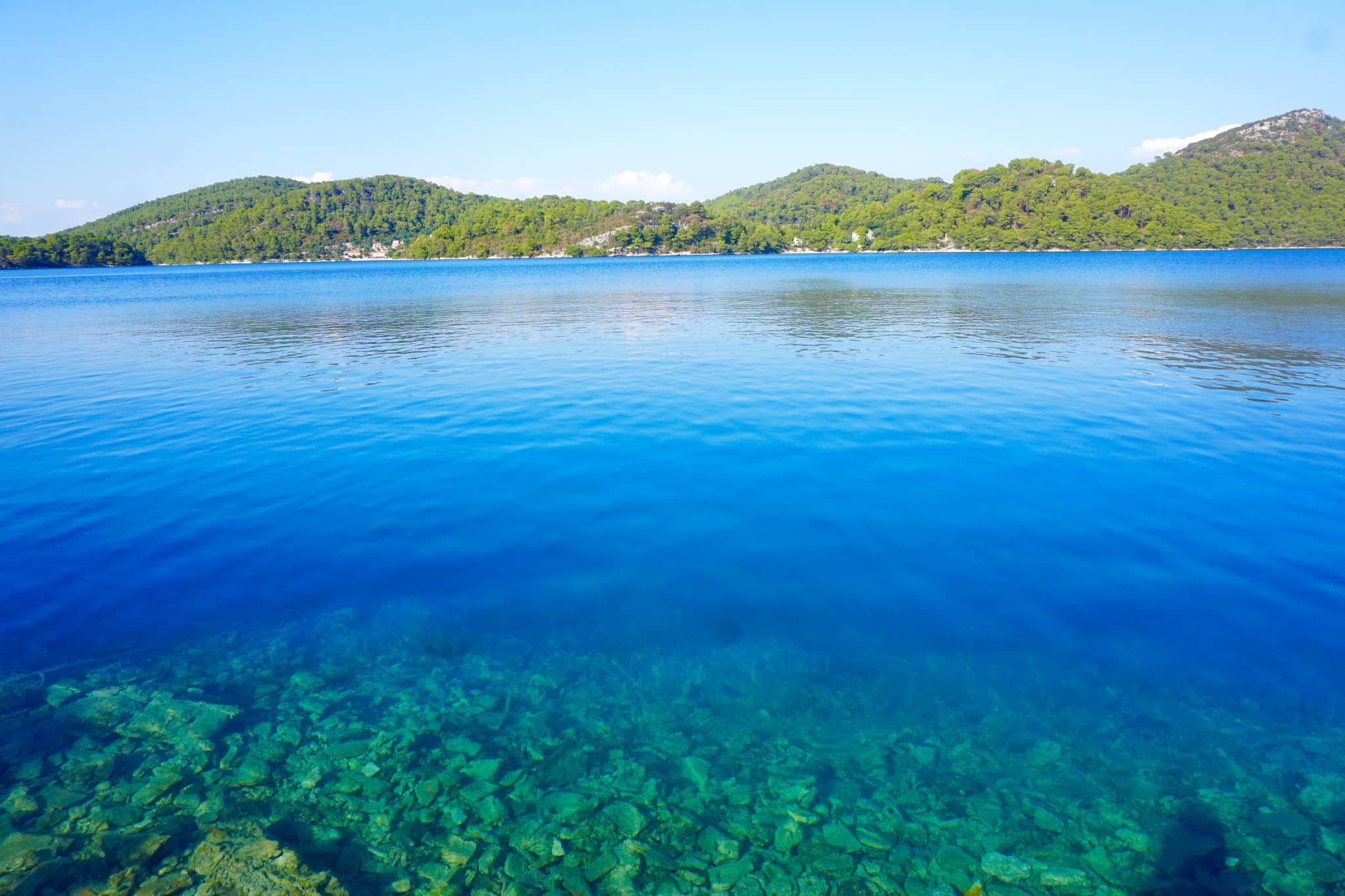 A trip to Mljet wouldn’t be complete without visiting the National Park, which is a protected wildlife reservation under EU regulation. The island’s commitment to conservation in and outside of the national park does not go unseen.

Walking and biking trails weave through the dense forest and along the twin lakes. 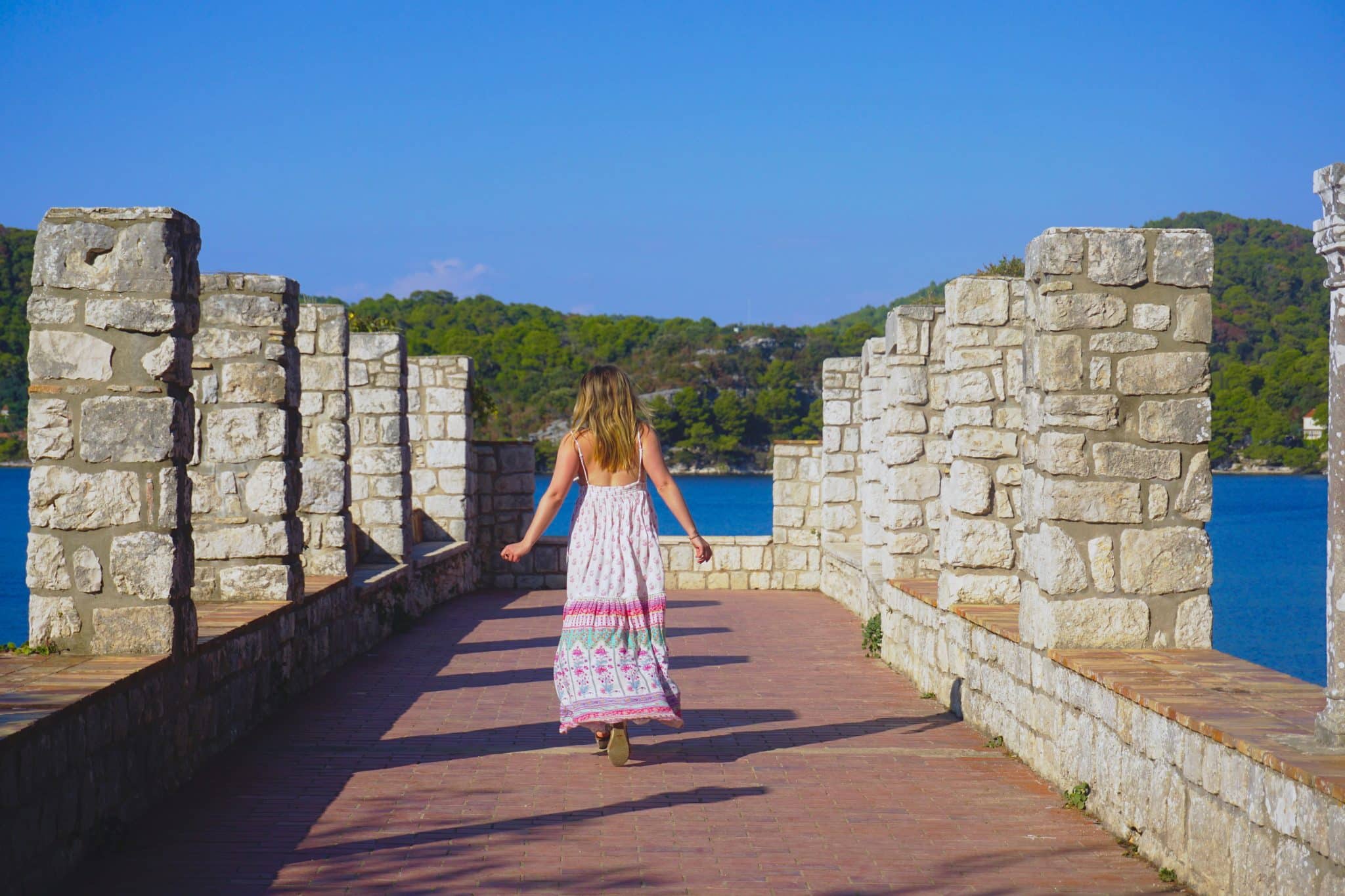 And on one of the lakes, you’ll find an actual island with a former 12th century monastery! You can swim on the island, but make sure to read the signs, as some areas are restricted.

But when else will you be able to say you’ve been to an island on an island?

Mljet is also home to the legendary Odysseus cave. The tale is the Greek legend survived a shipwreck and was later captured here by the nymph Calypso. But don’t worry. The waters are completely nymph-free for swimming today! (And no sharks or dangerous fish).

Try some of the freshest seafood 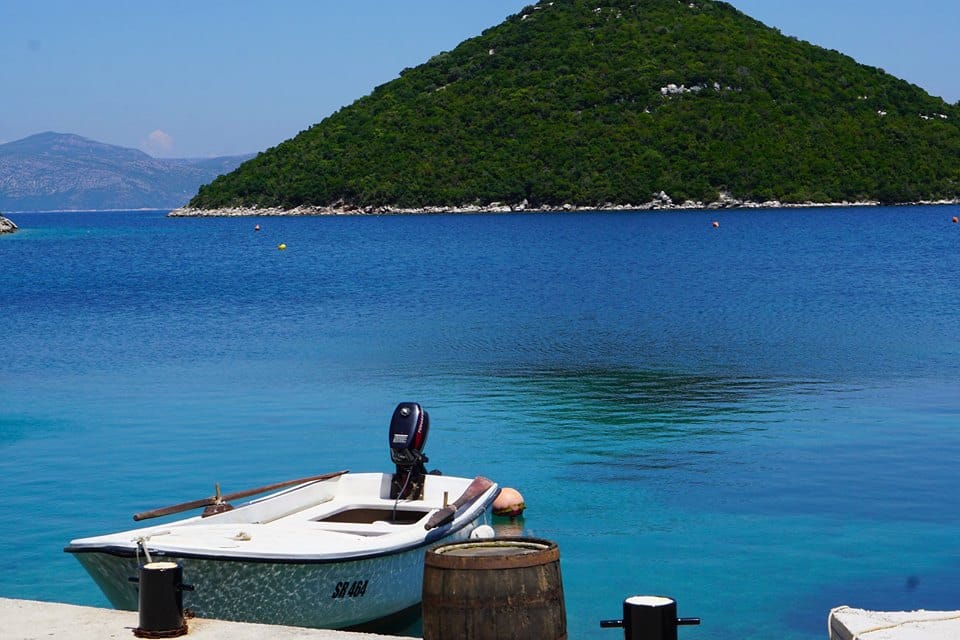 Let me have you in on a huge secret: Mljet has some of THE best seafood in Croatia, and quite possible in the world. I will admit I am a bit of a seafood snob, and find most of the restaurants in Dalmatia subpar. However, for a fraction of the cost, Mljet has the best of the best that will have you raving for days.

Now, I’m really talking about one restaurant in particular. The restaurants name is Maestral, on the opposite side of the island to the national park. Recommending by Lonely Planet and loyal sailor who dock their boats at the nearby harbor, this family owned dynasty prides itself on seasonal, simple, yet inventive dishes. I highly recommend the octopus Carpaccio or the black squid risotto.

I know the family and chef of this restaurant well, so if you ever do go, please tell them Alex and Domeniko sent you! 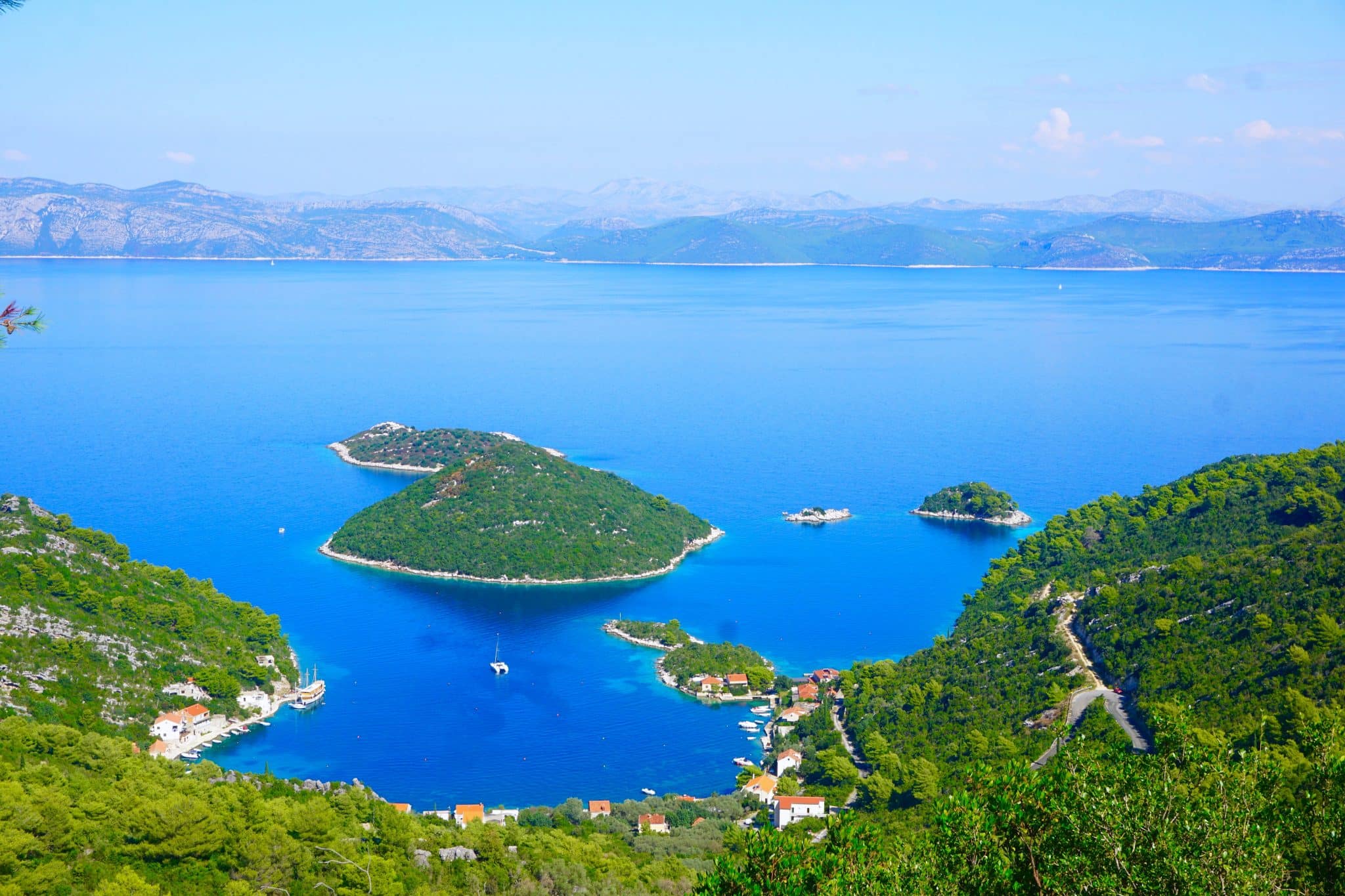 Mljet is spotted with coastal villages and hidden beaches throughout the island. One of the most famous beaches is Saplunara bay, on the southeastern tip of Mljet. You can also visit the towns of Pomena, Polca and Sobra along the coast.

Watch the sunset from the top 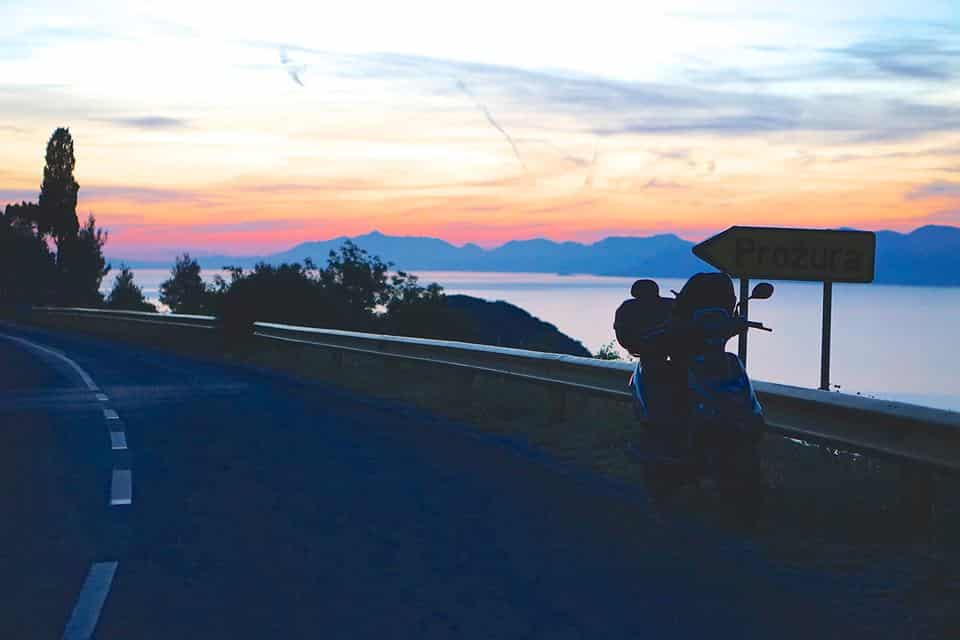 Believe me when I say that when the sun sets on Mljet, it is completely out of this world. In fact, it looks more like mars. The horizon gets a sort of hazy glow and the shadows along the nearby islands turn purple, orange and pink. It’s truly something you need to see in person to get the full experience.

Make sure to bring a jacket because the island gets cold at night!

When to visit Mljet 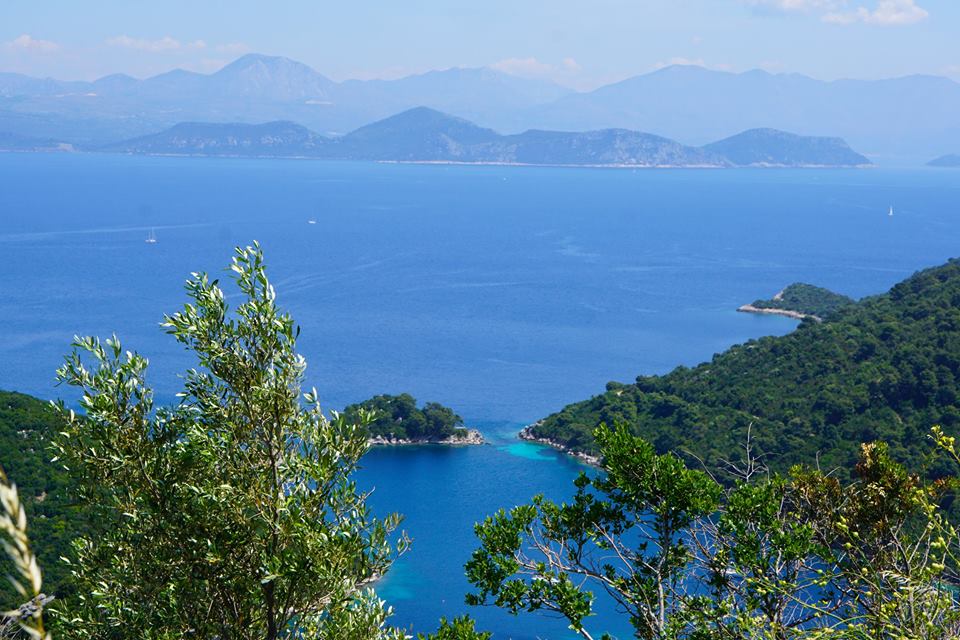 The best time to go to Mljet is between May and October, as this is when there is the best weather. June-August is always the busiest season, and the ferry services are not as frequent in spring and fall.

You can take ferries from either Split or Dubrovnik, or even other islands like Korcula.

It is difficult to see all of Mljet in a day, so I recommend stay for at least two nights. It is a perfect destination for slow travelers who just want to embrace the nature and enjoy. 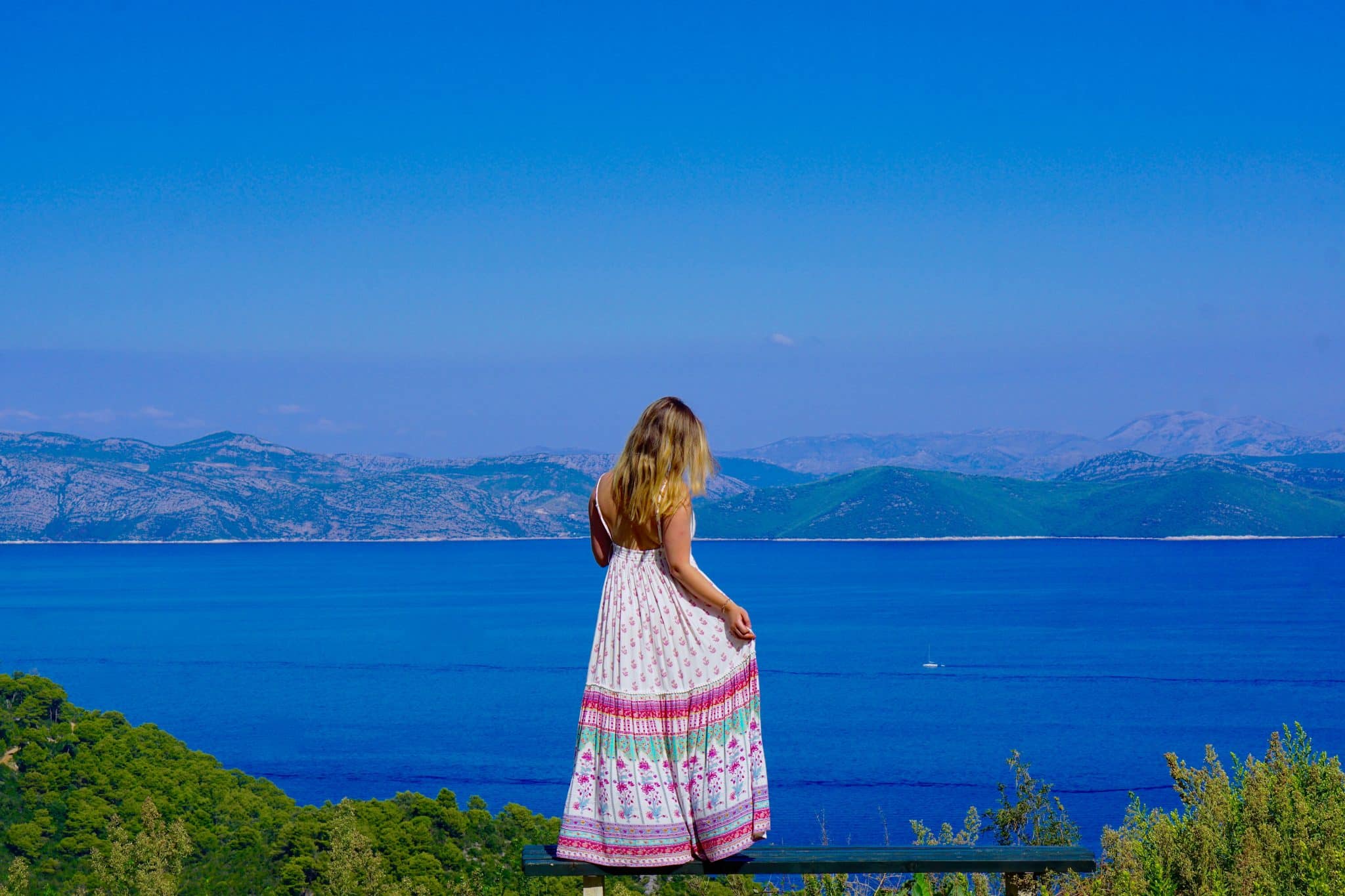 The peaceful atmosphere is what keeps loyal travelers like myself always coming back for more.