Become a Mermaid in Chicago with Aqua Mermaid 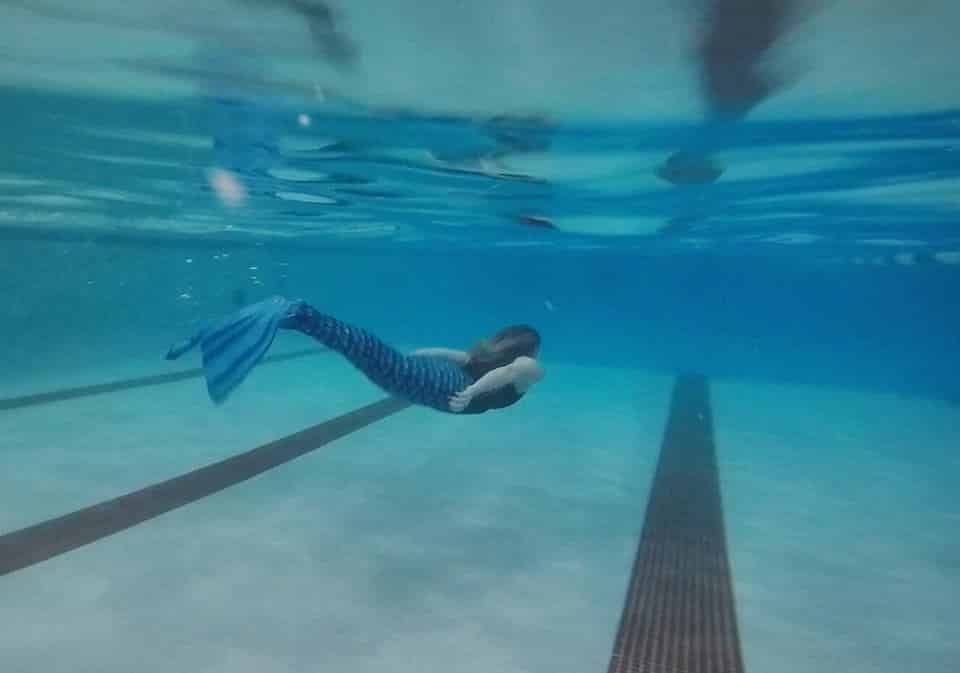 I know that I’m not the only one out there with an inner mermaid. But what if instead of putting on a “mermaid at heart” t-shirt, you could actually put on a tail?

With AquaMermaid Chicago, that dream becomes a reality. Not only are the mermaid classes an entertaining workout and way to de-stress, I can’t think of a better way to escape the winter in the Windy City.

I first heard of mermaid schools popping up around the world about a year ago. I was mesmerized when I saw that there was a school in the Philippines where you could swim with an actual mermaid tail. However, taking a trip across the world for a class was not quite in budget. 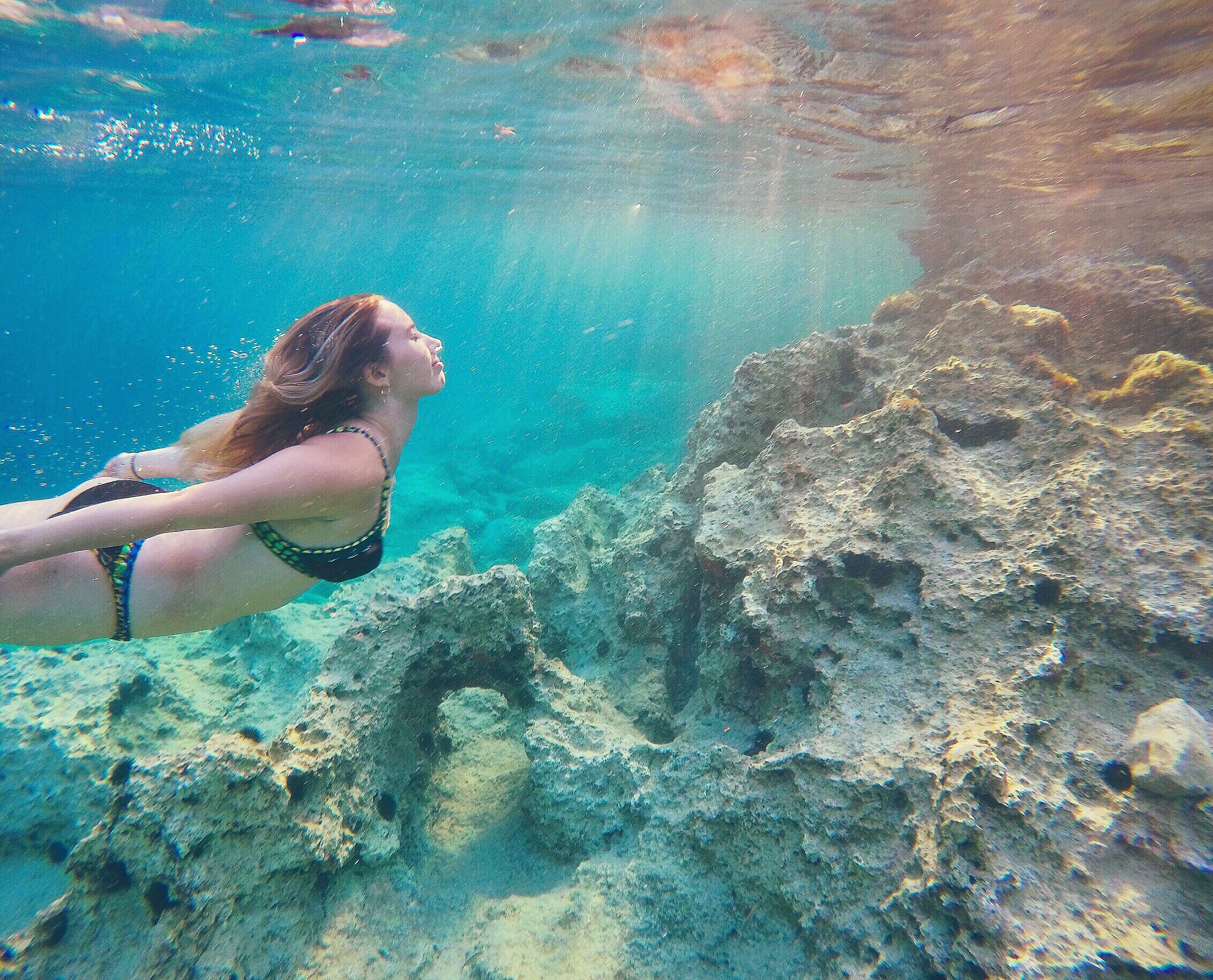 While browsing Instagram a few months ago, I saw that a mermaid school in Chicago recently opened. Though I was in Croatia for the past several months, I instantly thought to myself that I needed to check it out the next time I was back in Chicago to visit.

It turns out that in addition to Chicago, AquaMermaid has classes throughout North America, from Quebec to Phoenix. So even if you aren’t anywhere near Chicago, you may be able to find another mermaid school much closer to you.

Trained lifeguards and aqua fitness instructors lead each of the classes, which are open to all age groups, genders, and swimming levels. AquaMermaid founder Marielle Chartier Henault stated that she “envisioned a positive-energy, colorful, inspiring alternative to traditional swim clubs across town.”

The AquaMermaid School in Chicago is located at the UIC pool, just outside of downtown Chicago. Since the school opened up last July, the school has hosted several classes and private parties.

Putting on the tail 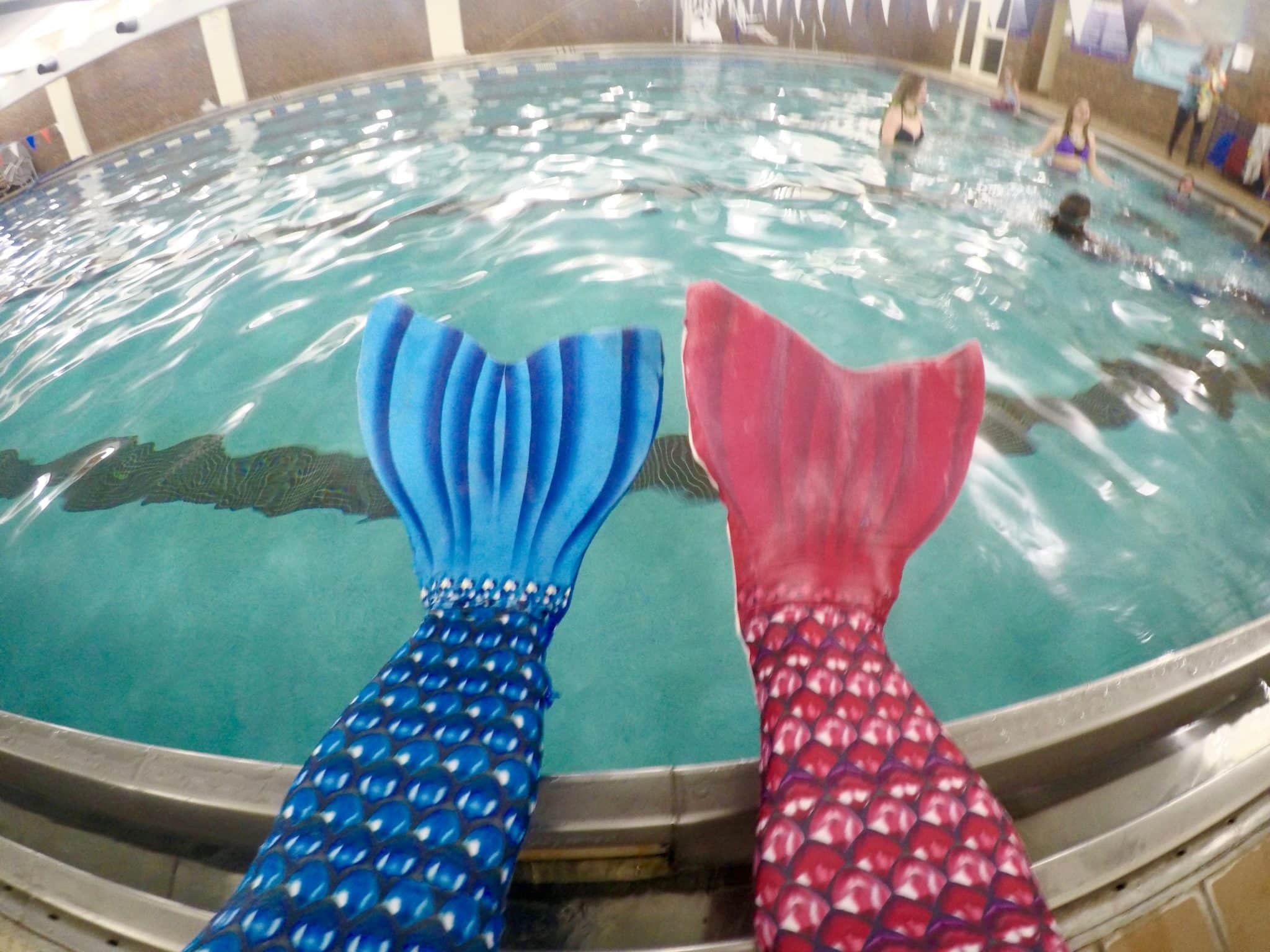 I decided to bring a friend with me to the class. We were with two other women and two swimming instructors. “Mermaid Hailey”, greeted us and showed us how to put the mermaid tail on.

Though it may look like you can simply slide the tail on and jump in, it actually requires several steps. The mermaid tail consists of a monofin and the actual outer tail/skirt. First, we had to adjust the monofin to our feet. Then we had to zip up the tail and pull it up to our waists. 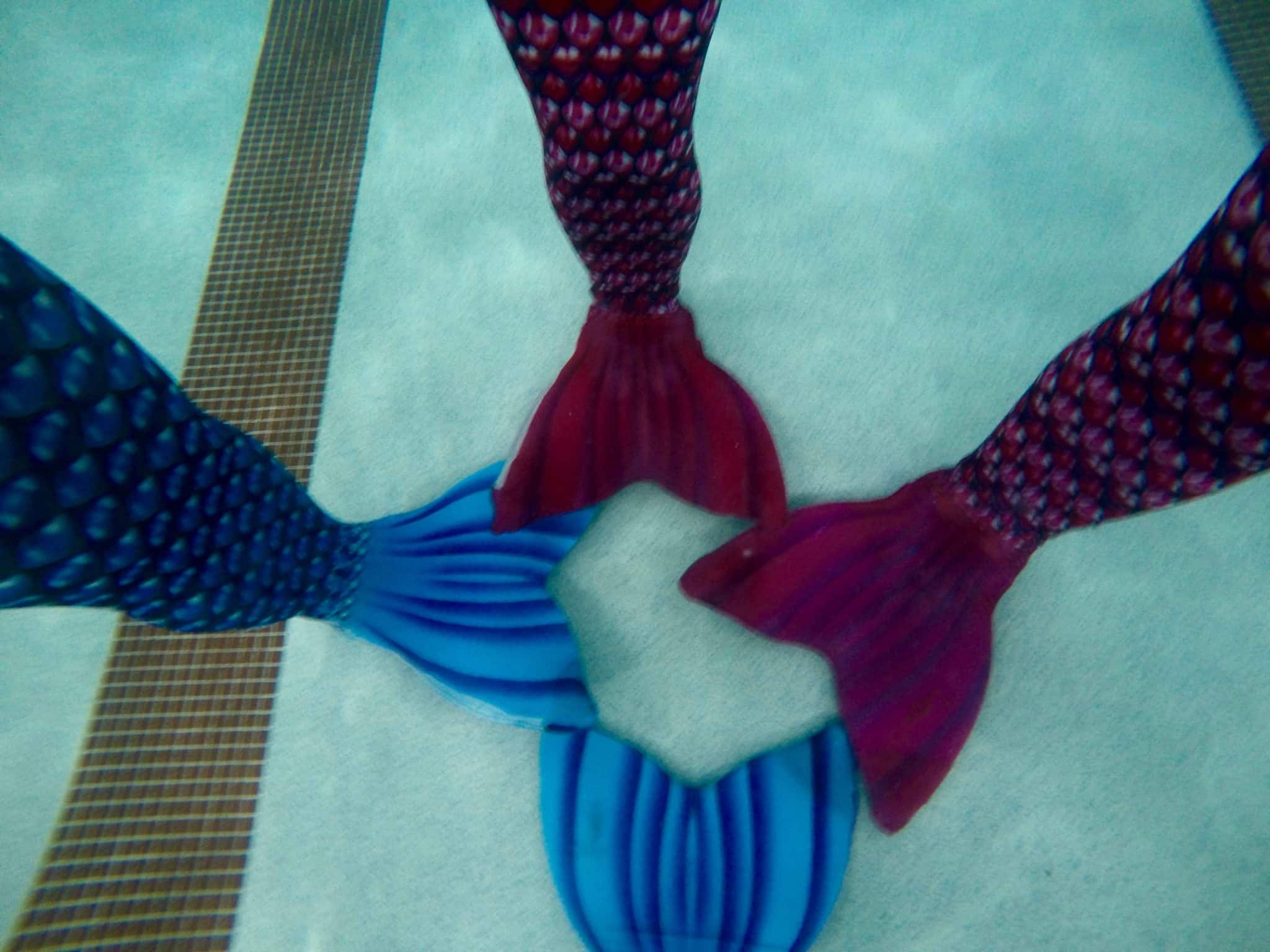 Learning to swim with a mermaid tail is completely different than swimming with two legs. Instead of kicking with your legs and knees, swimming with a tail requires that you use your core. As you can see in the video above, it felt a little unnatural at first, because my first instinct was to use my knees instead of my abs and hips.

The instructors taught us some important sculling techniques for staying afloat in the water. We also learned how to swim on our side and back. Once I got the body roll down, I was able to glide through the water effortlessly. 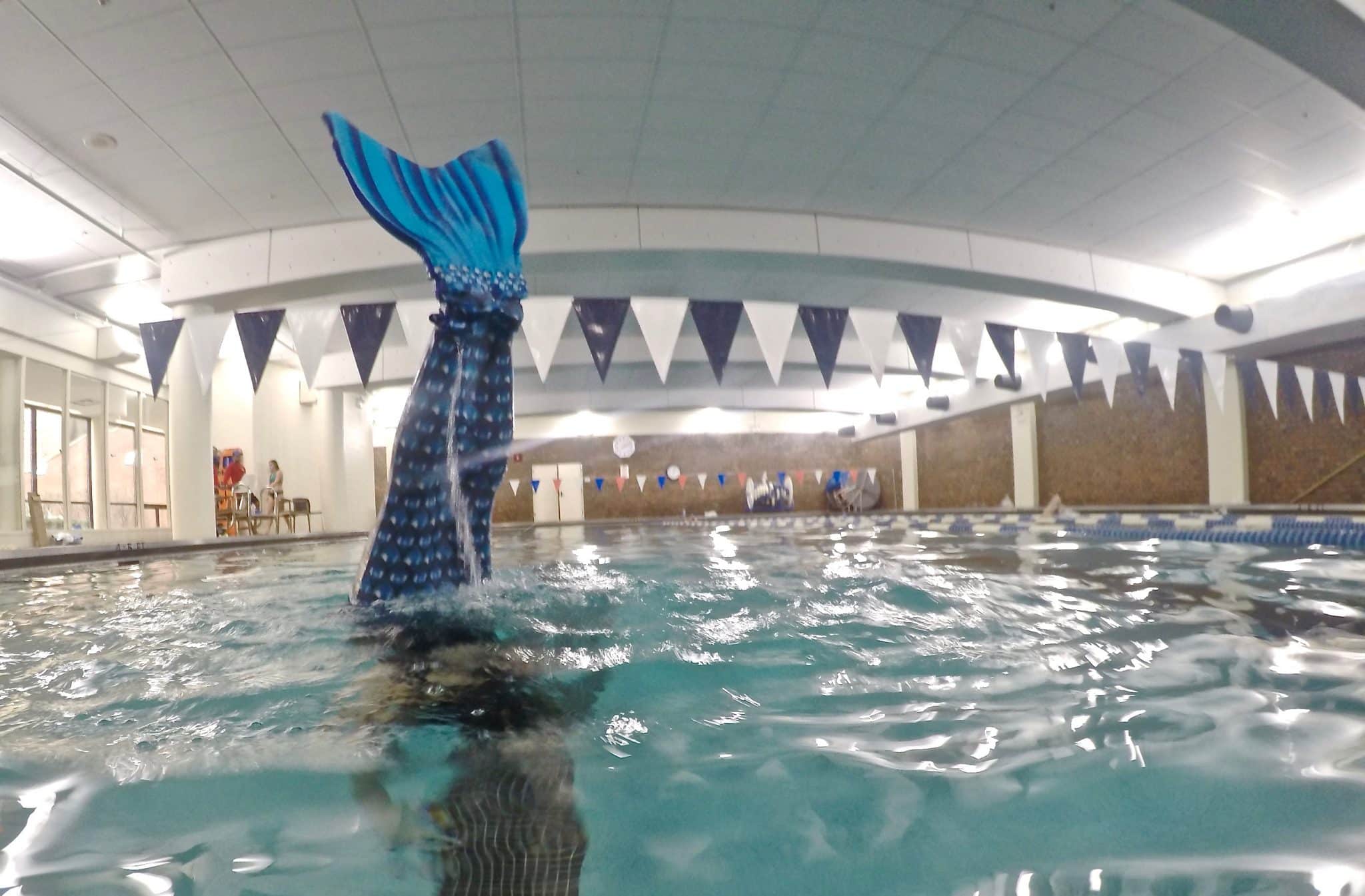 After we mastered how to swim, our instructors taught us a few mermaid tricks. We practiced doing the dolphin kick and giving a mermaid high-five with our fins. I loved learning how to do a handstand with the fin on, though it’s actually a bit challenging since you have to use your core to balance the heavy fin waving out of the water. I was pretty excited that I won the handstand competition.

Though I found it a lot more difficult to do flips underwater with the fin. I was able to do a few before I had to call it quits, as chlorine and my sinuses are not friends. We also did a relay competition, which was a core-burning workout to say the least.

Overall, I would take the class again and I really enjoyed learning the mermaid swimming technique. I personally would have preferred more free time to learn to swim on my own and take pictures. Nonetheless, my friend and I both had a lot of fun, and left with our abs burning from swimming and laughing.

$60 for the class is a bit steep for an hour class. However, I do think that for a bachelorette party or even just organizing a group of friends to go, it’s a truly priceless experience. (They also offer kids classes). 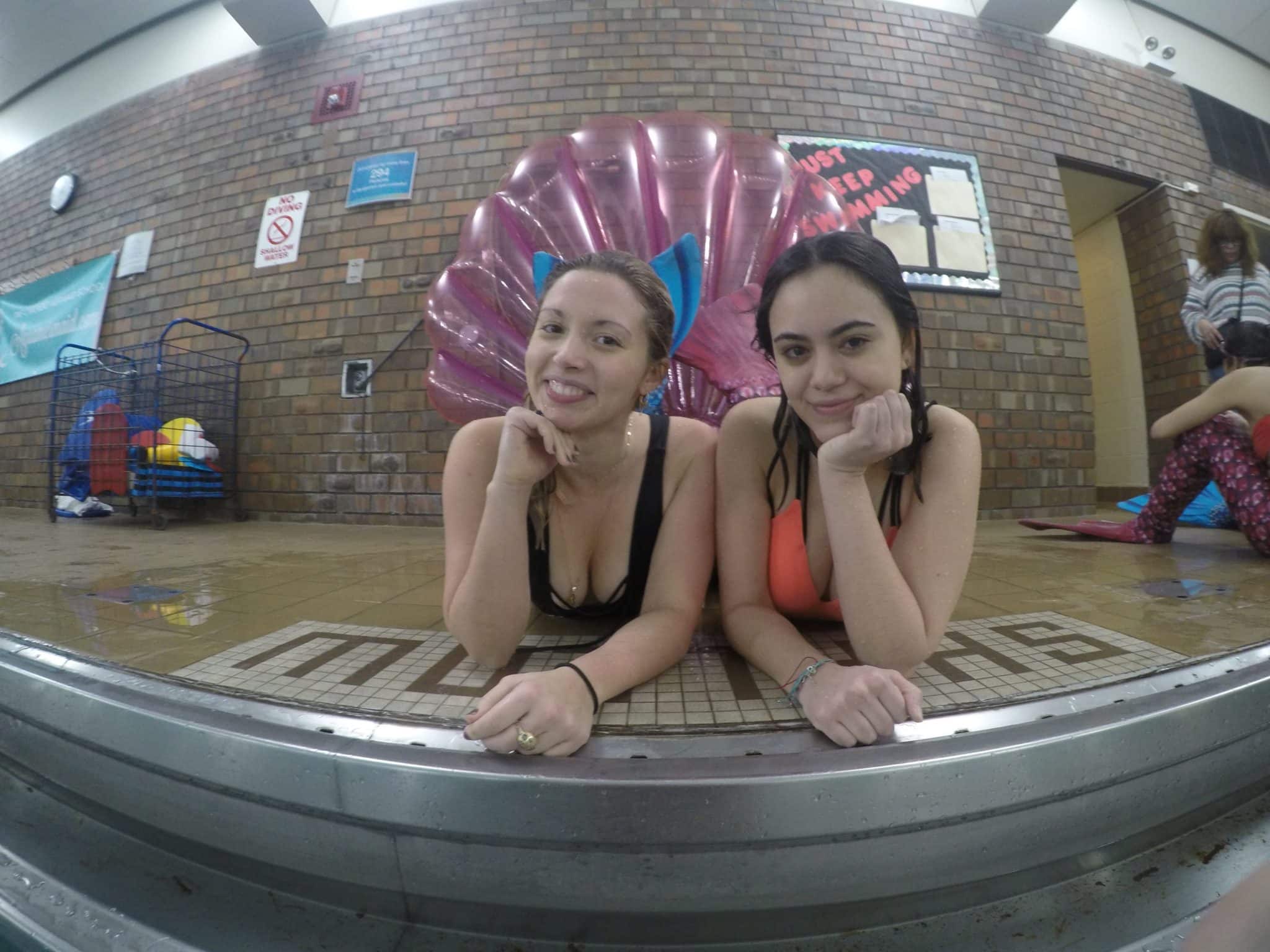 I know after taking the class, I’m saving up to get a mermaid tail for next summer in Croatia! If you’re also interested in buying a tail, you can use promo code Chicago for 10 percent off!

If you are serious about becoming a mermaid, you can even complete mermaid training to open up your own mermaid school!

Thank you again to AquaMermaid Chicago for inviting me and bringing out my inner mermaid! It was truly an unforgettable experience. 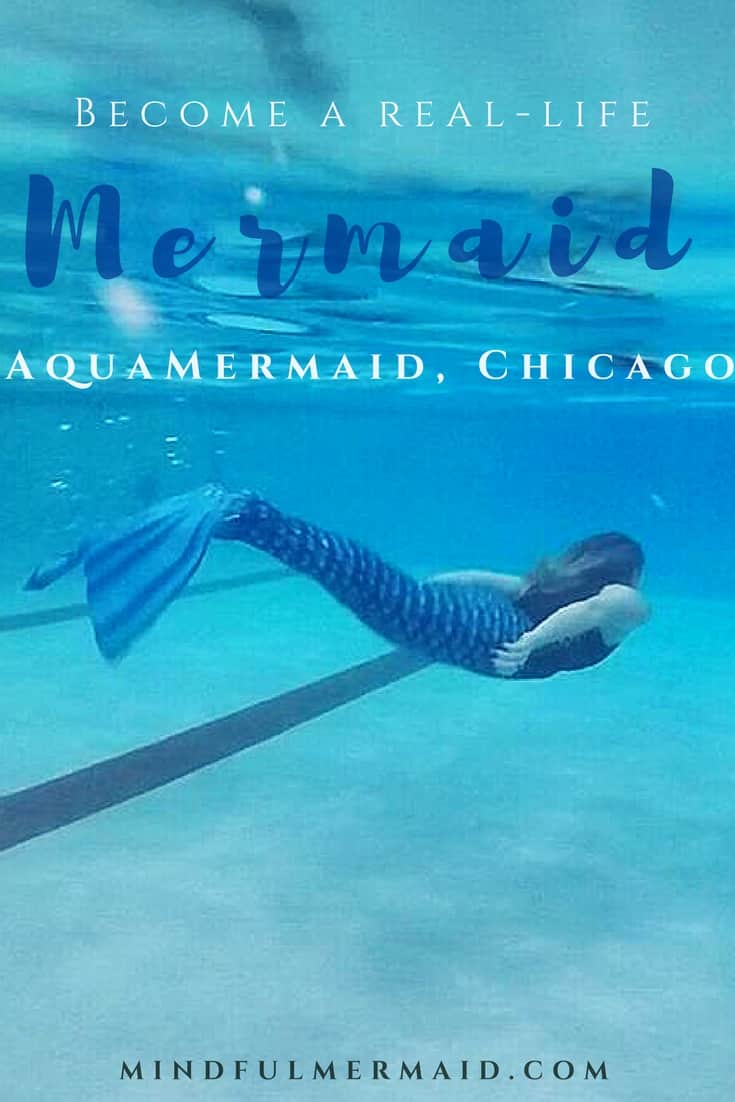 *AquaMermaid Chicago invited my friend and me to join a class, free of charge, in exchange for a blog review. As always, opinions are genuine and my own.