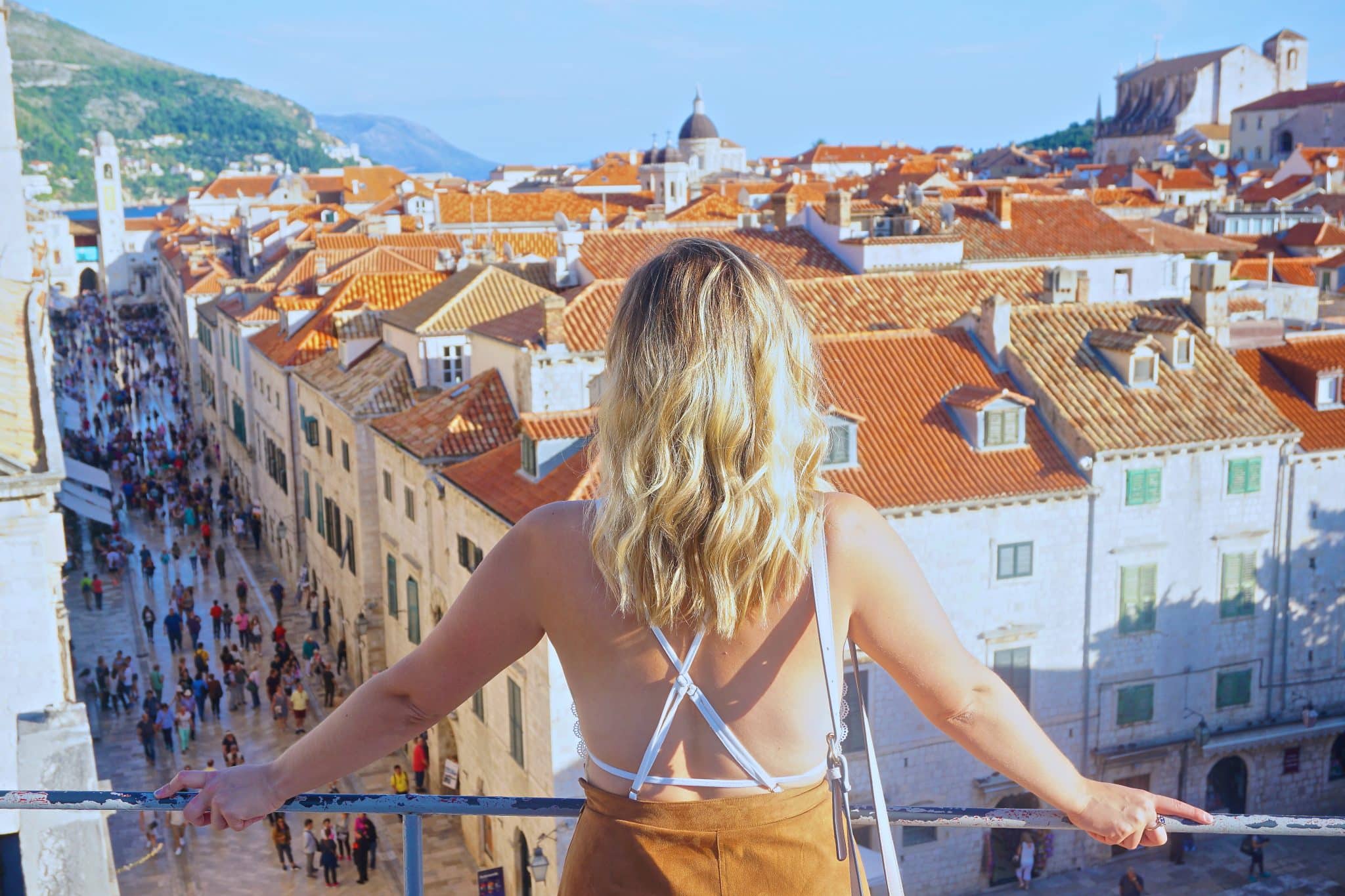 As the massive crowds begin to die down and the leaves change color, I feel like I’m back in the authentic Dubrovnik I used to know. Autumn in Croatia means transitioning from the chaos of peak tourism season into the slower paced winter lifestyle. However, for me, the change in seasons has been a brash reminder that I needed to come up with a plan.

Last time I opened up about feeling like I was stuck in a rut for several reasons. It hasn’t been easy, but I’ve worked hard at not putting so much pressure on myself, and taking things a day at a time.

I was really hesitant to post something like this. However, I received several e-mails and messages where people expressed they were going through a similar transition, whether at home or abroad. It was extremely rewarding to see the positive feedback this provoked.

There’s still been some tough days trying to navigate post-grad life PLUS building a new support system for myself, but I finally feel like things are moving. And though it’s not perfect, my back is doing a lot better.

I’ve always had a strong work ethic, academically and professionally, but always in a structured setting. However, freelancing while applying to jobs and navigating visas/work permits is like working a completely new muscle group. I’ve had to train myself how to hustle.

Throughout October Domeniko and I applied to countless jobs and internships, mainly in Brussels. A lot of these jobs say that Americans are eligible to apply, but when it comes down to it, it seems they really only pick candidates from within the EU states.

I ended up connecting with a start-up in Brussels who wanted to hire me as a communications director. We were literally ready to pick up and move to Brussels, only to be told that they really didn’t think they could swing the time and money spent for me to get a Belgian work permit. This was even more discouraging than not getting a job.

Navigating visas for Croatia and the rest of Europe is a total time consuming mess. The relaxed European mentality can also be seen in some European bureaucracy, especially in Croatia. So sometimes getting a simple, yet important, question answered is impossible. I’ve really had to learn to practice patience, which is never easy for me.

To be honest, it seems a lot of people get jobs through connections in Europe. So I decided to try to build my professional network a bit more, while building up my freelancing portfolio.

One of the connections I made was Mark Thomas, the “Englishman in Dubrovnik” and founder of The Dubrovnik Times. I’m excited to announce that I will be writing a column for the Dubrovnik Times! I’ll be writing about my experiences living in Croatia as an American, and my first post is set to be published next week. I was told to be prepared to make fun of myself and wear my heart on my sleeve, (you will find the stories posted on my Facebook page).

Enjoying the little things along the way

You don’t see that all the hustle and struggle on social media as much as you see all the adventures, yet both are important to the developing story.
I’ve continued to make an effort to establish myself socially here. I started to bond more with Domeniko’s friends, so it feels more like they’re my friends as well. I’ve also made an effort to make my own connections. A few people have even reached out to me through my blog (some other Americans living in Croatia). That’s been super refreshing for me to confide in someone that understands both worlds. I continue to make connections with locals, who always ask me “are you surviving?”

Living in Croatia has really taught me how to take things one day at a time, and make room for the little adventures and victories. We decided to do the Dubrovnik City Walls again before it gets too cold. Most locals have never even walked them, and it was only Domeniko’s second time. It’s still a stunning reminder of how remarkable Dubrovnik is. 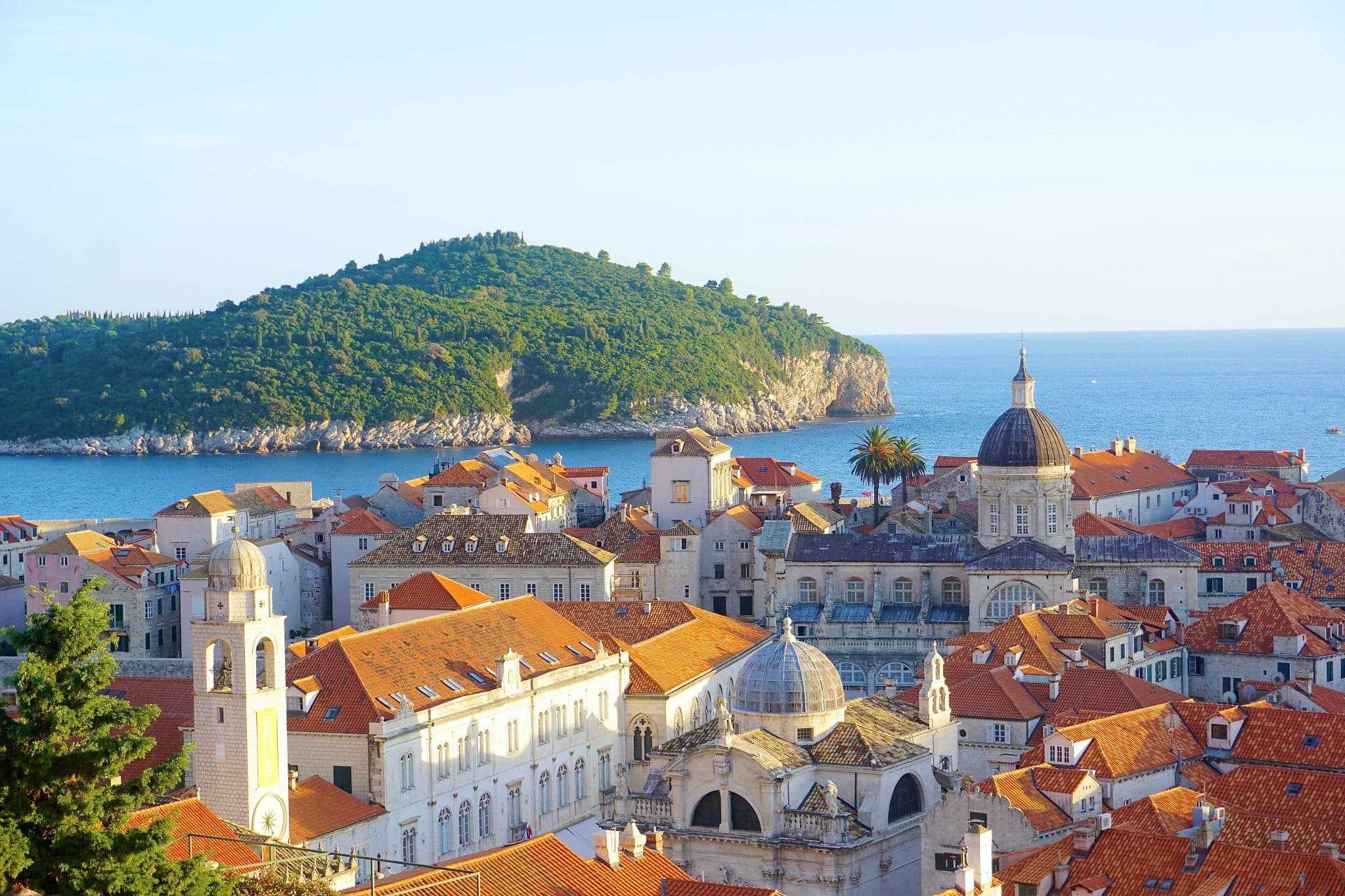 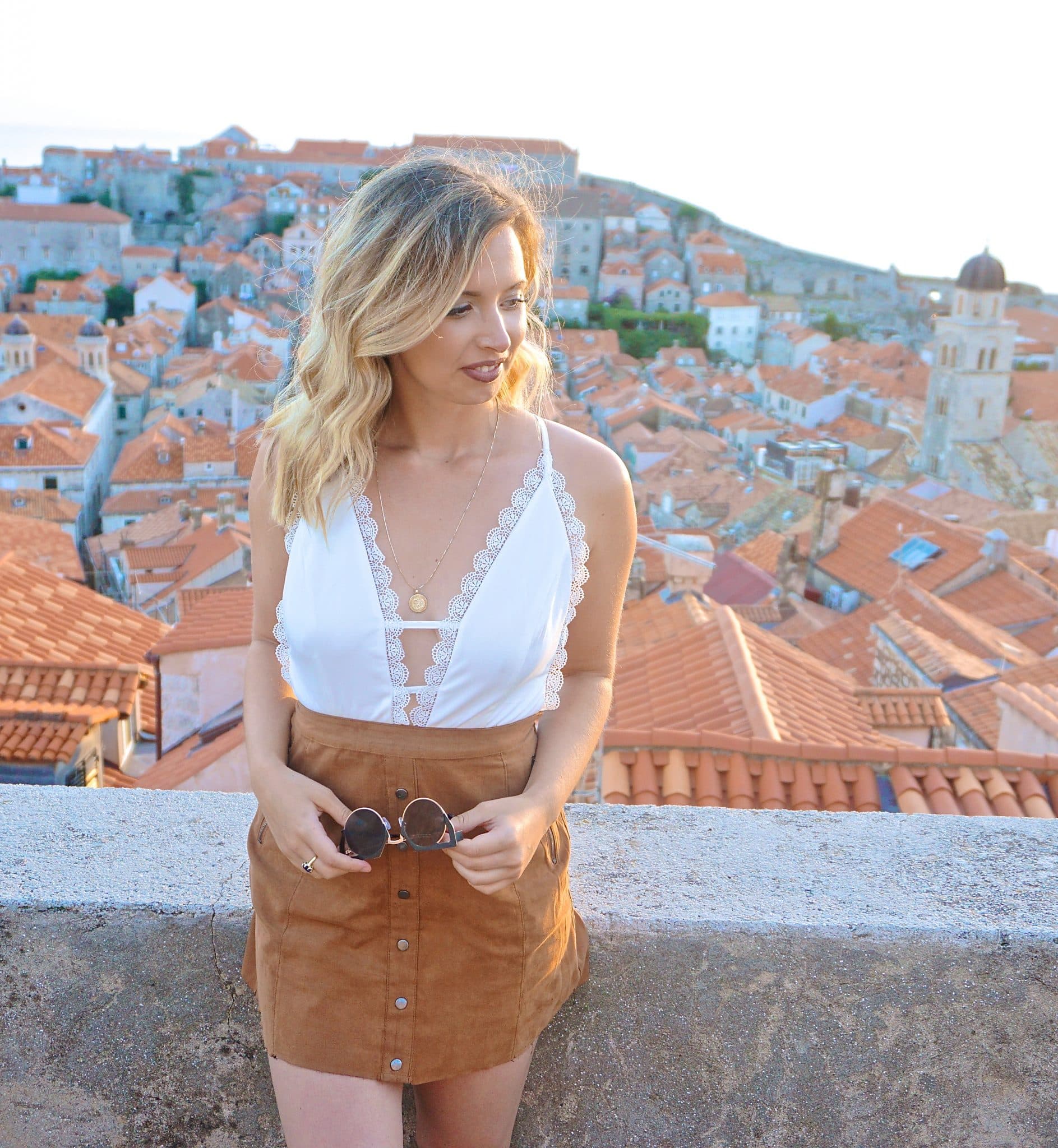 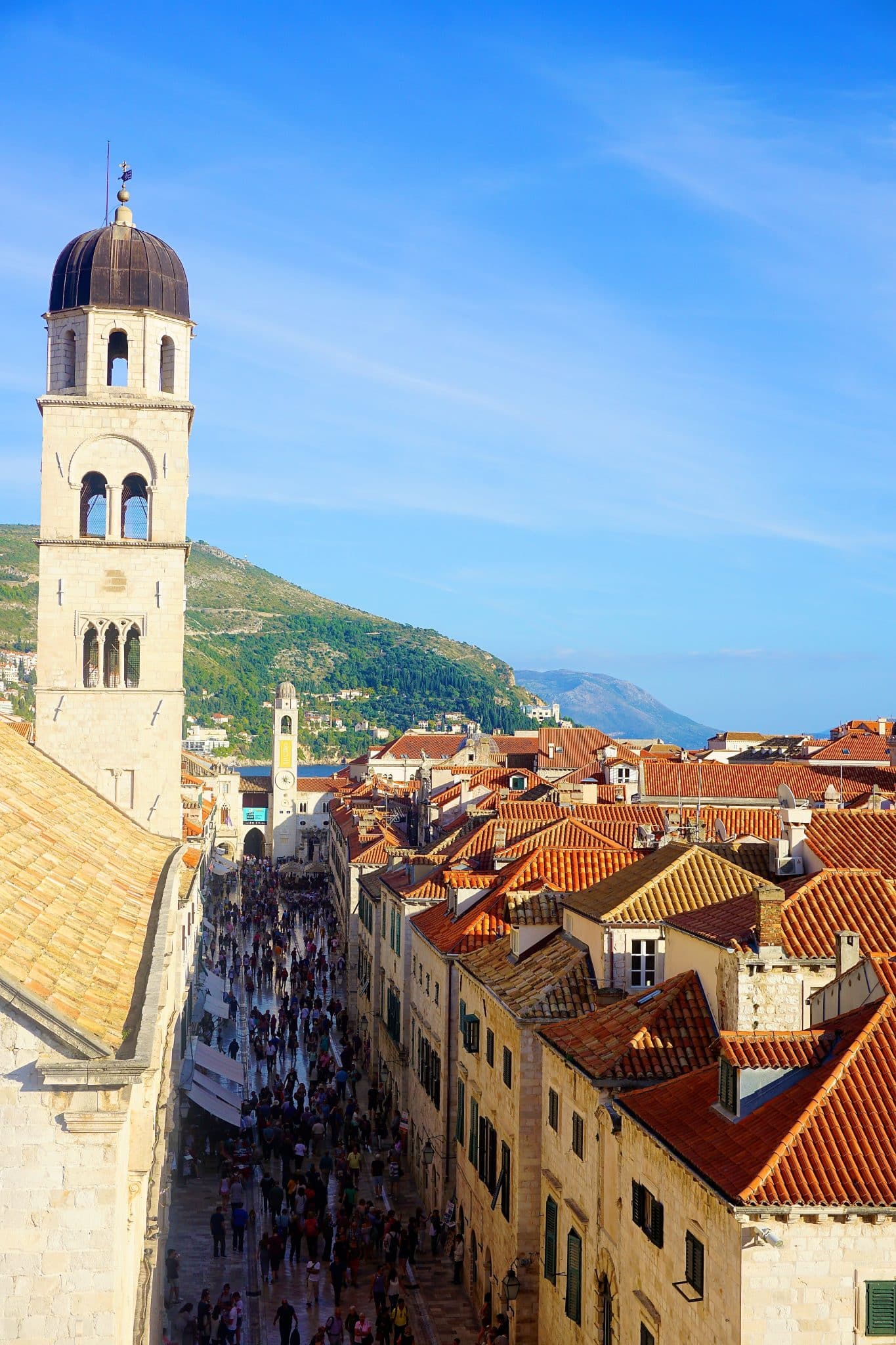 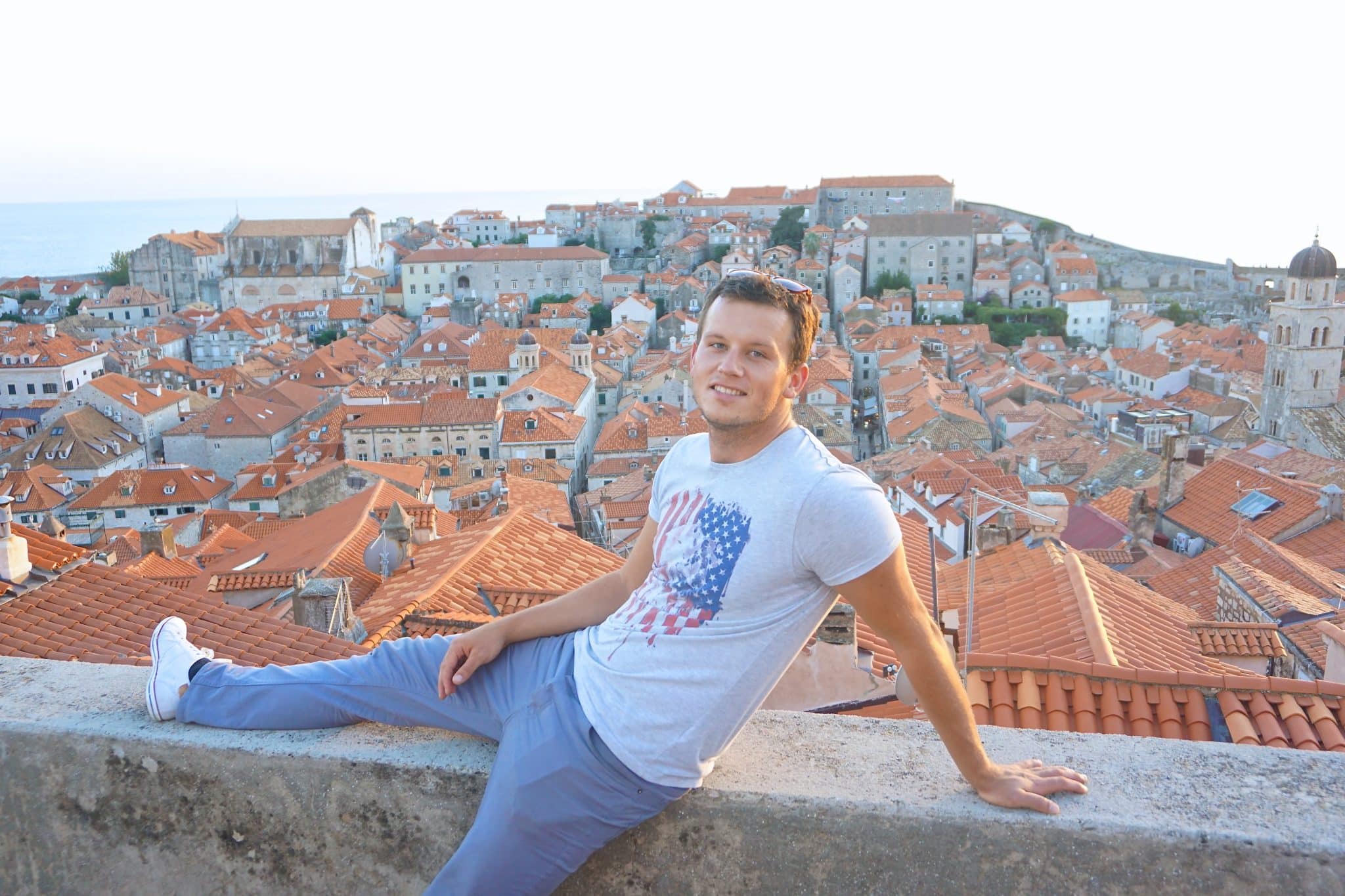 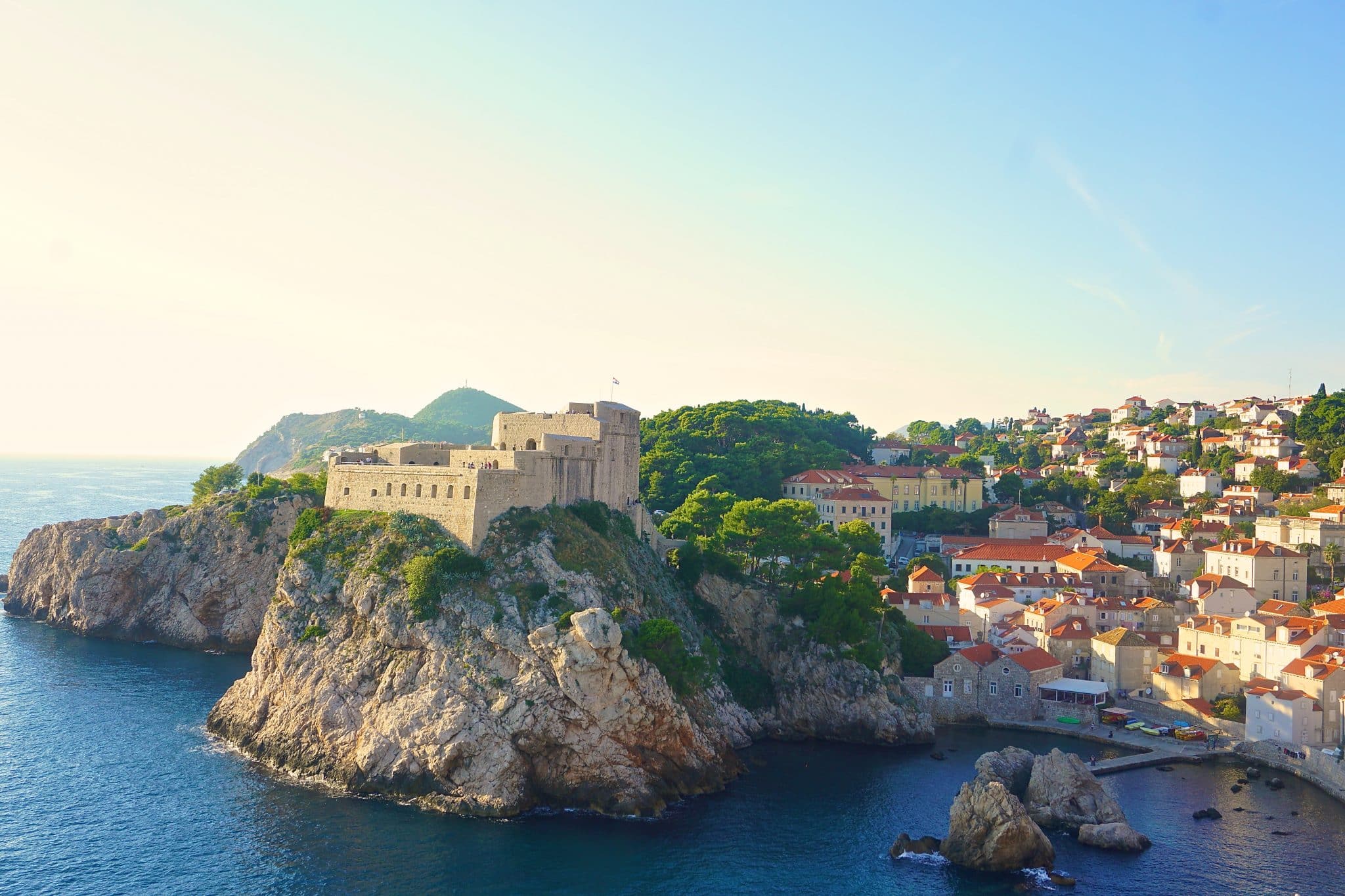 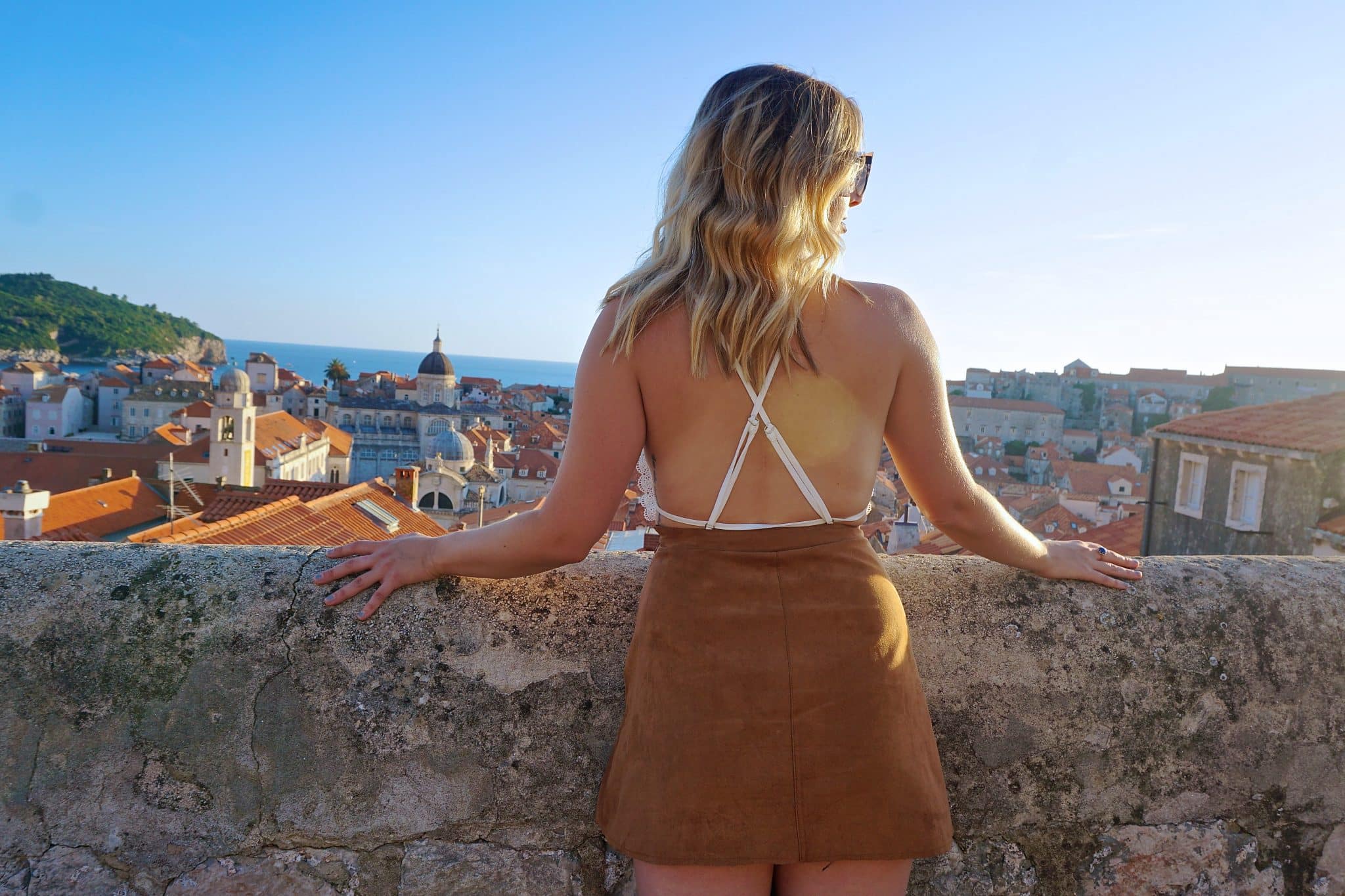 We also took two trips to Peljesac peninsula, the most underrated part of Croatia in my opinion. You’ll find the freshest oysters for less than a dollar each, authentic Croatian wineries, and endless seaside views. Plus, we also visited the Great Wall of Ston, the second largest wall in the world next to the Great Wall of China! 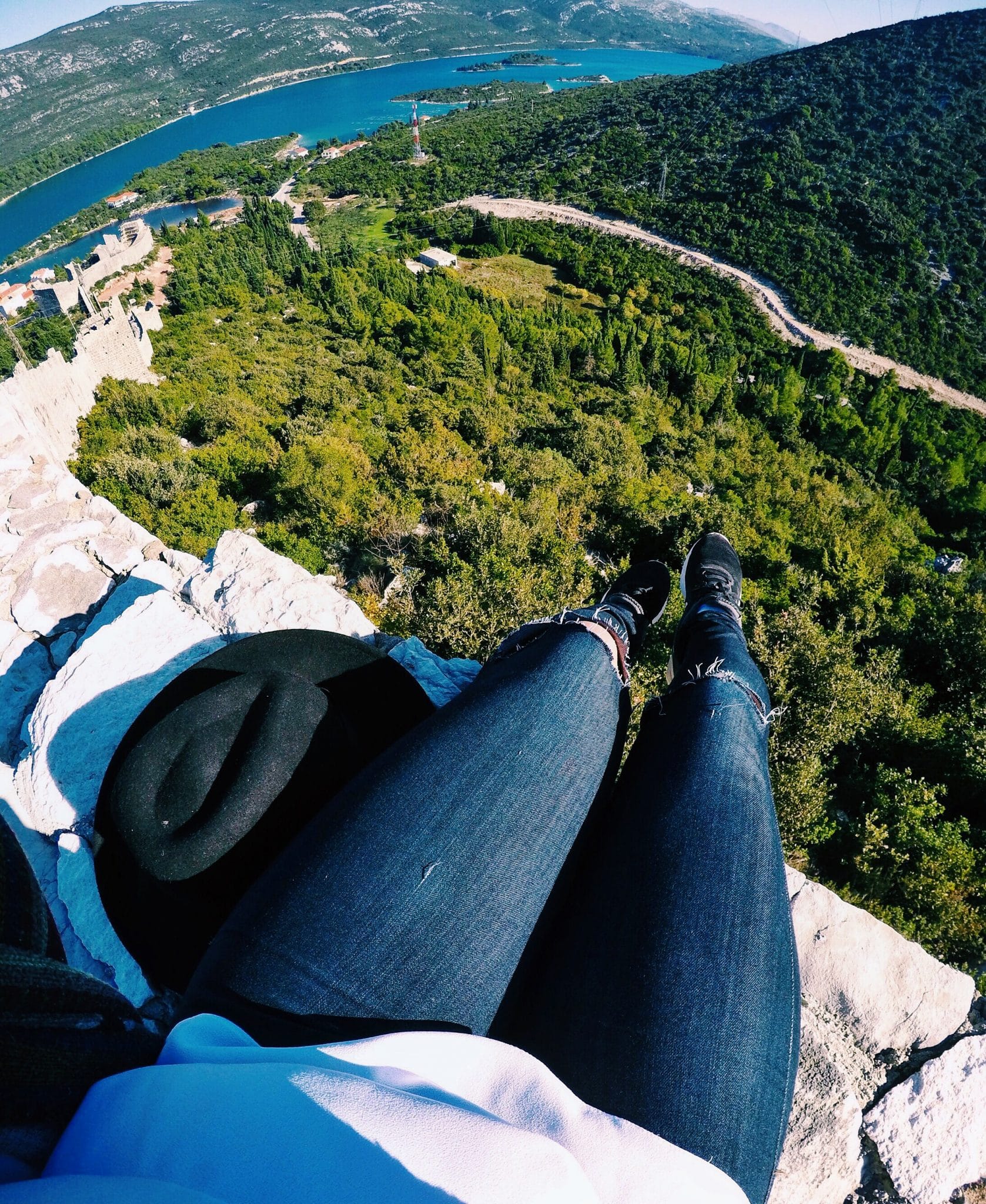 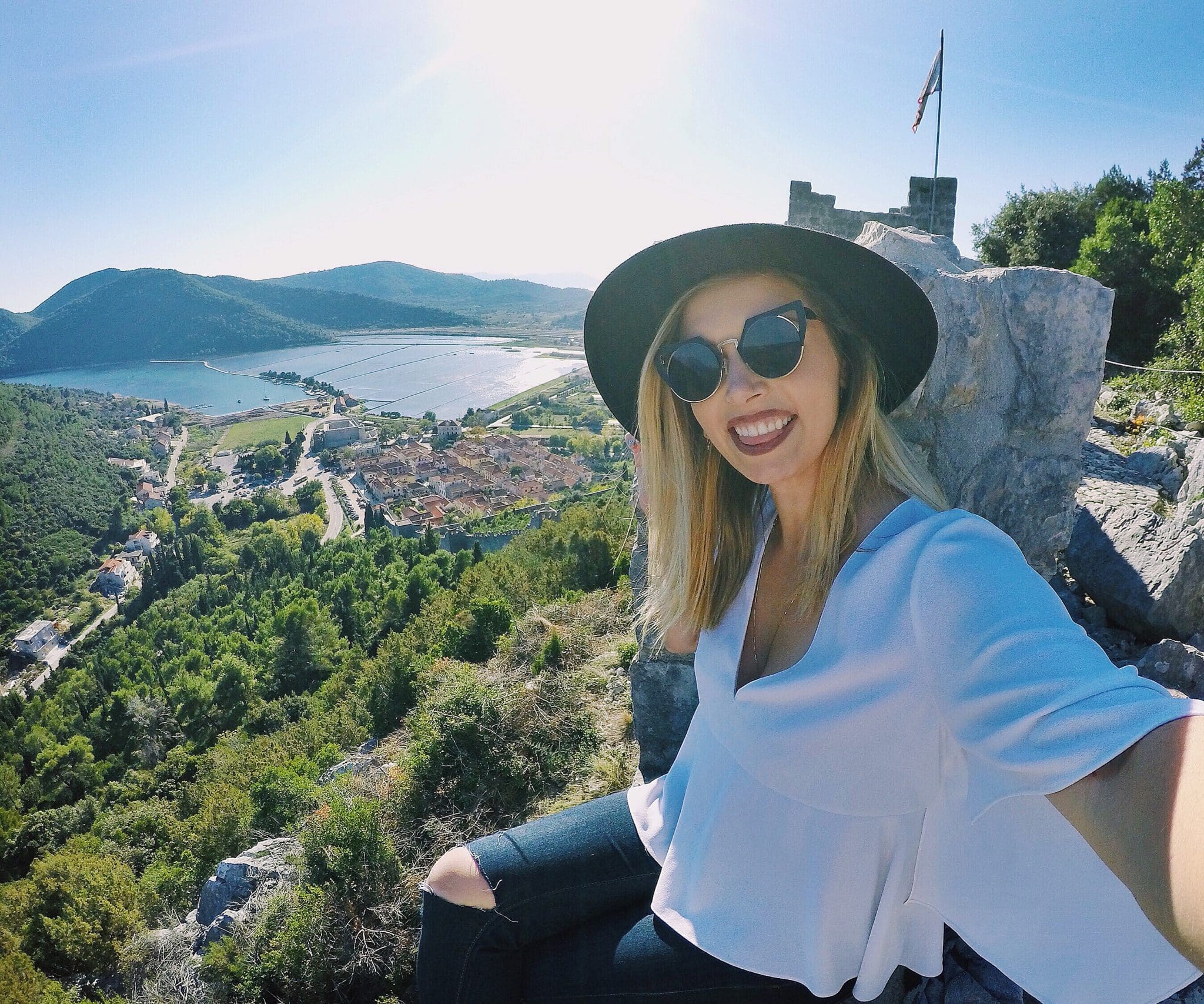 I’ve also been doing yoga daily, which has helped a lot with my back.

Since tourists are no longer staying in the extra apartments, Domeniko and I were able to move out of the main house into an empty one. It’s been nice having our own space, and it seemed to inspire us to cook more. We’ve made almond milk from homegrown almonds, crepes, and a lot of smoothies. Buying a spiralizer was one of the best decisions I’ve ever made. We’ve made a ton of cool recipes with zucchini and carrot noodles.

We even carved pumpkins for Halloween, and it was Domeniko’s first time. I’ll never forget the childish grin on his face as he squished the pumpkin guts with his hands. No one really celebrates Halloween here. His dad apparently thought our pumpkins were scary, and I was apprehensive that the neighbors would think we worshiped the devil. The power of the Catholic Church in Croatia, I tell ya. 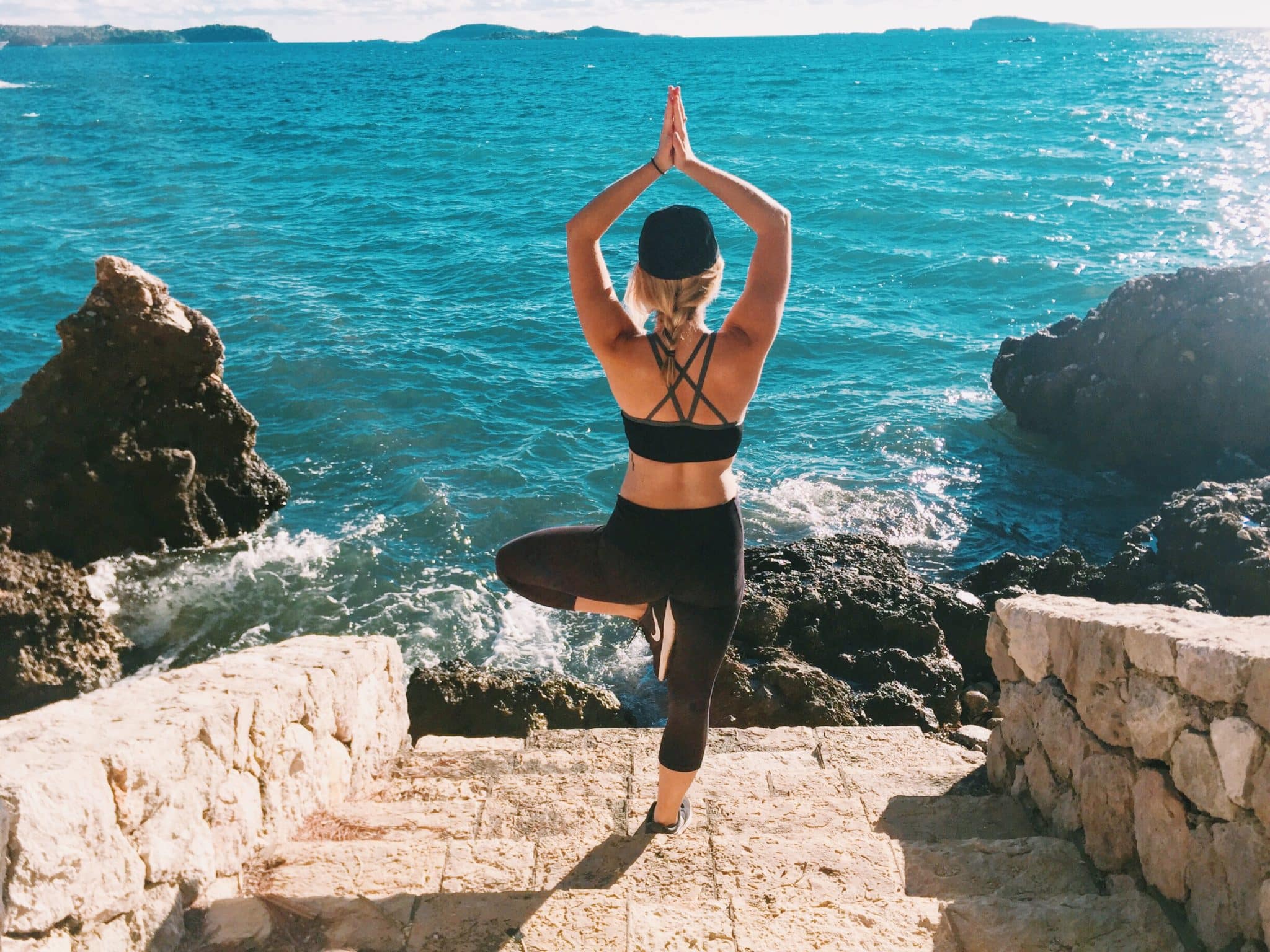 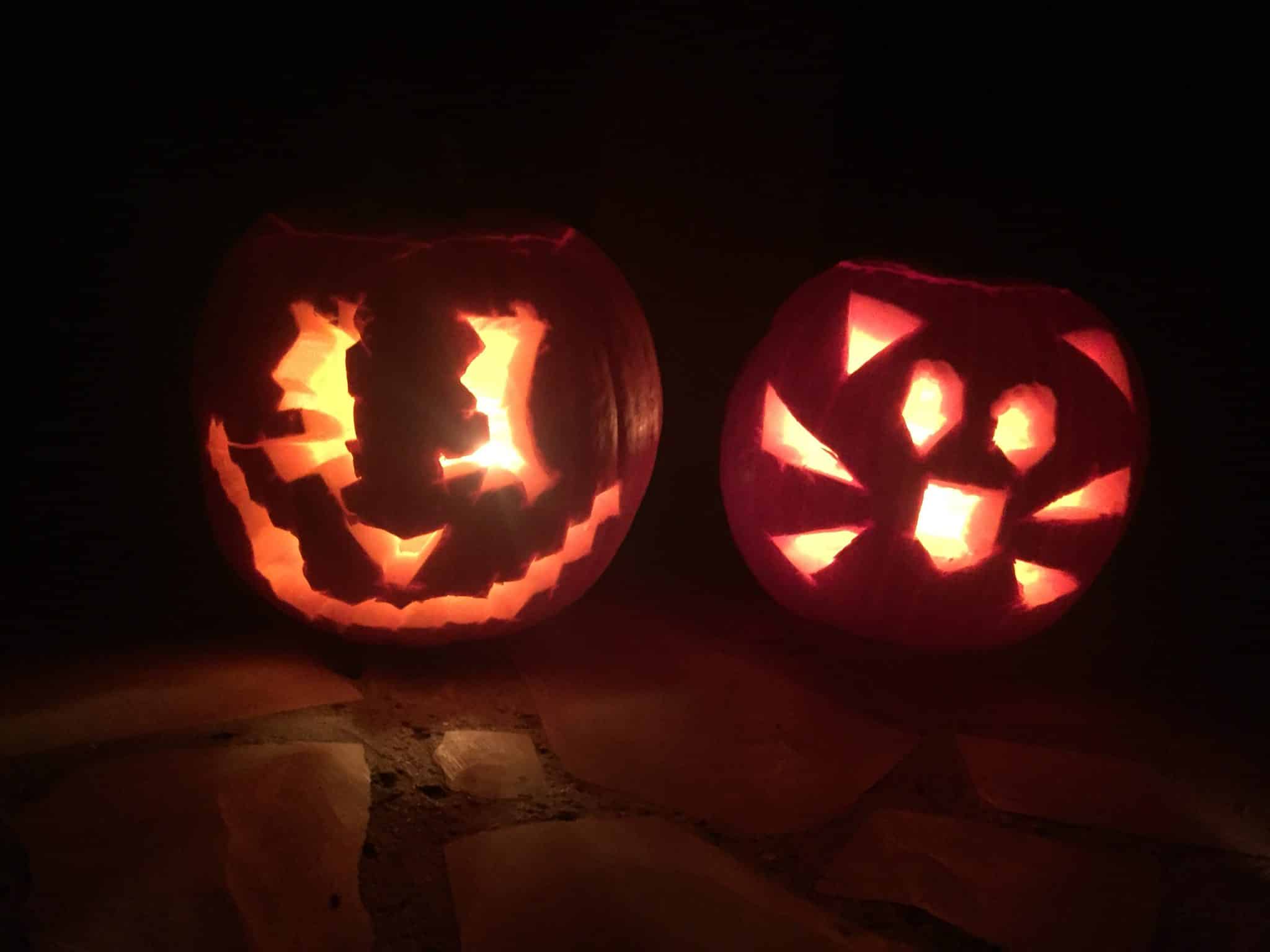 Piecing together a plan

There’s been so many days that I’ve felt like I’m going in circles with no sense of direction, craving a plan. I finally came to the conclusion of both a long-term and short-term plan for myself.

A lot of my readers think I’ve moved to Croatia for good, but coming here for summer/fall was always a temporary plan before I get something else. I’ve actually stayed here longer than I initially intended. After putting together all the pieces, I have until the end of 2016 before I need to leave Croatia. From there, our plan is to leave and go elsewhere in Europe. I will reveal more once that plan unfolds. Not wanting to jinx myself like I did with Brussels.

The long-term plan is that I’d really like to go back to grad school, so I’m thinking grad school in Europe next fall. I’ve looked into a few different schools for masters in sustainable business or international relations.

I do miss home, family and friends, so I keep going back and forth whether or not I want to come home for the holidays. Every time I come closer to a decision, another factor comes in that complicates the equation. A lot of it depends on my how my back is doing, because if it gets worse, I need to go home for a bit. The last piece of the puzzle will be deciding to go home for the holidays or to stay here. I’m giving things a few more days to unfold.

I’m a planner, and I have been my entire life. I probably always will be. When I was little my family even called me the “little general” because of this. But if there’s one thing that Croatia has taught me, it’s that you need to be flexible and patient. And sometimes in life it’s okay to not always have a plan. 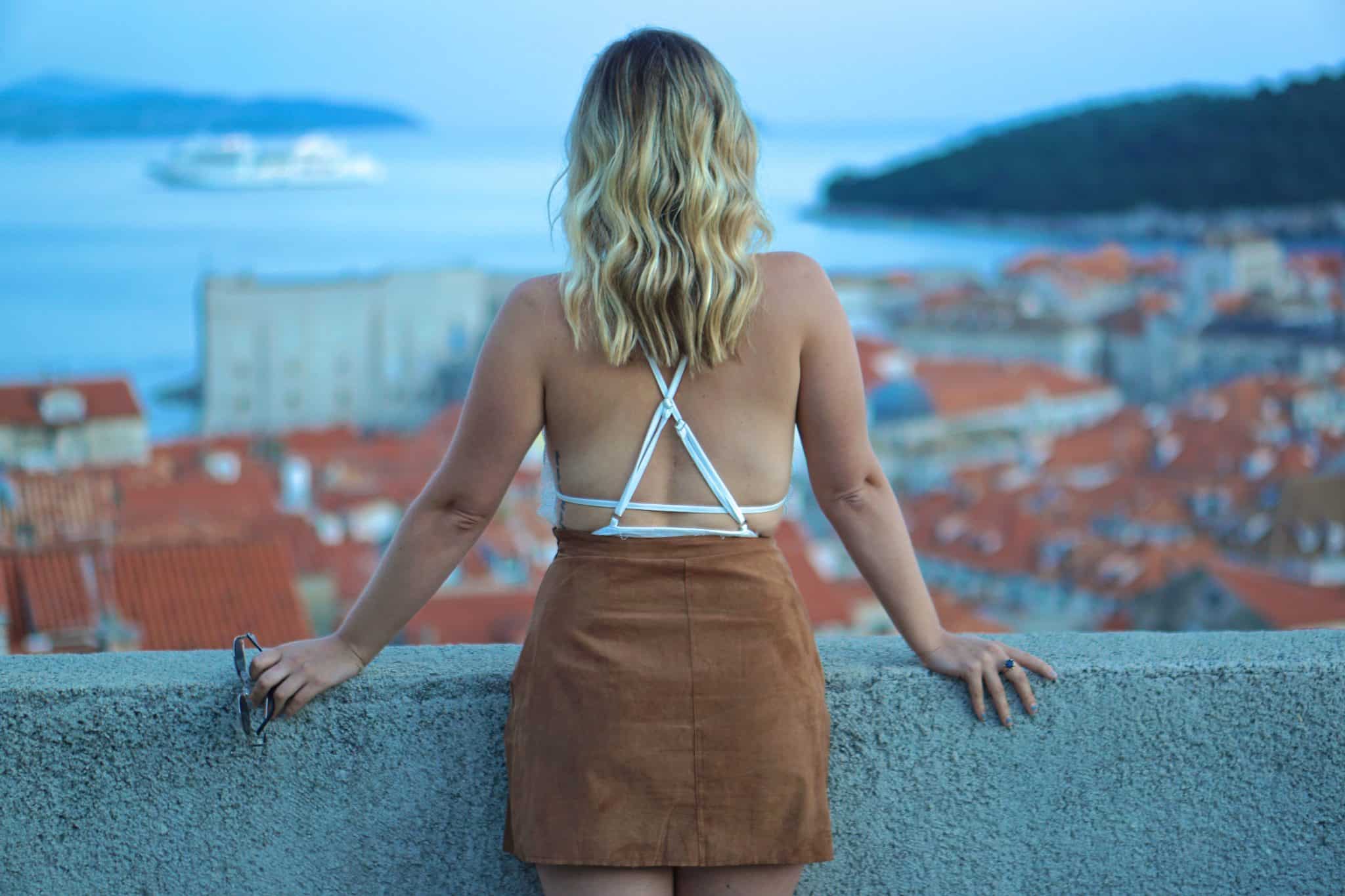