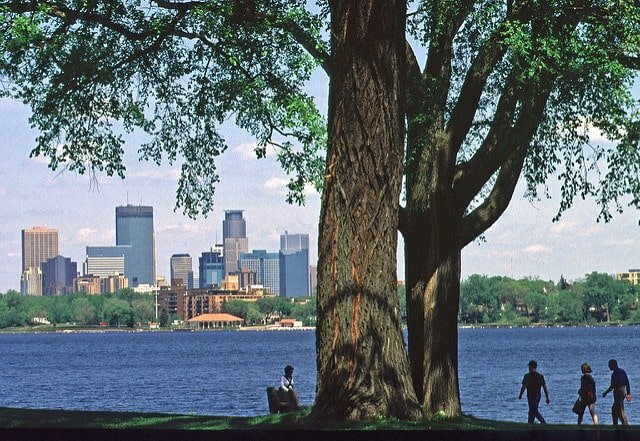 Most people would have never guessed that a city with such infamously long winters is actually a biker’s paradise. Yes, my hometown of Minneapolis is named one of the most bike-friendly cities in the U.S. for “building a freeway system for bikes”. We’re STILL bragging about out-ranking Portland.

The Minneapolis bike trails encompass 129 miles of on-street bikeways and 97 miles of off-road bike trails. And let’s not forget about St. Paul, folks. The capital city is also home to some note-worthy trails as well.

Biking is not only an eco-friendly transportation option for locals and tourists alike, it’s also one of the best ways to experience the Twin Cities. 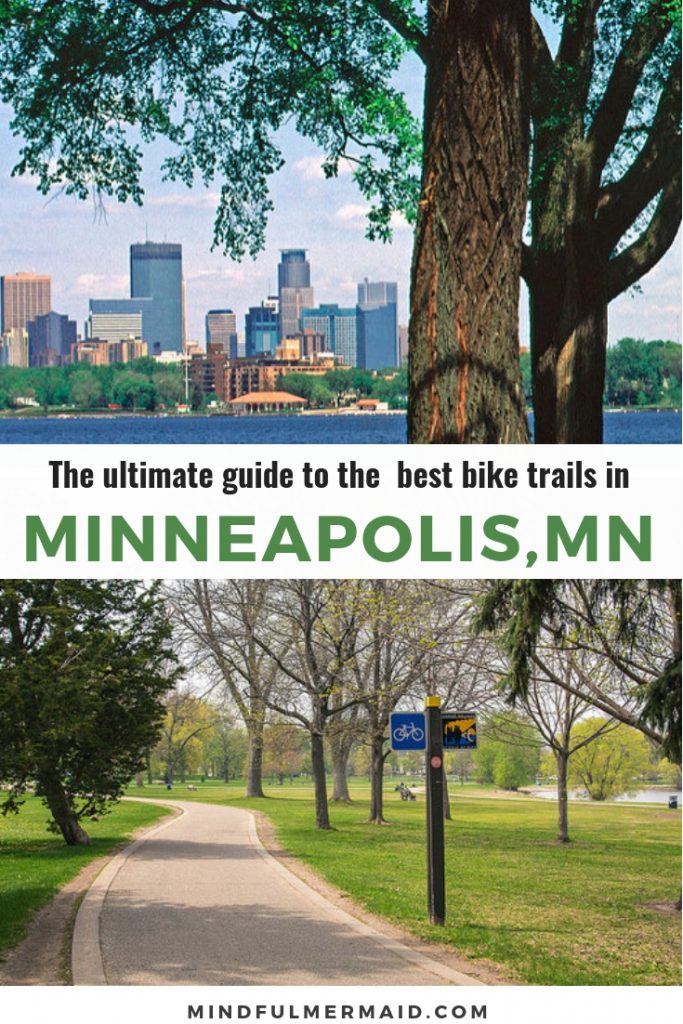 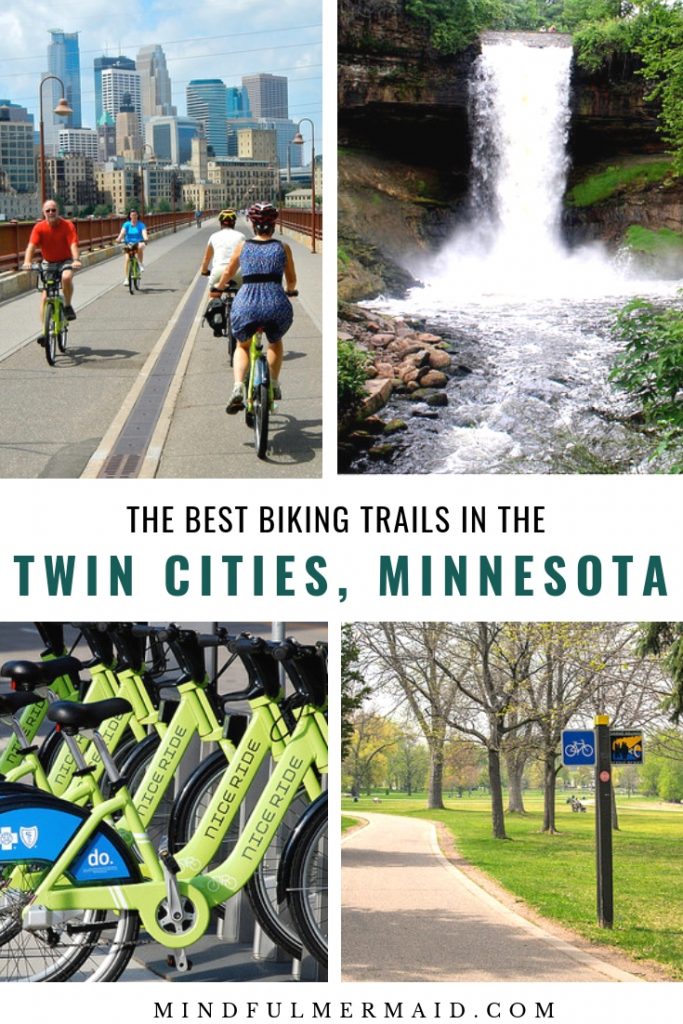 As an avid biker my self, I feel personally responsible to give you a little safety warning before getting into this. I actually broke my nose in 4 places over the summer while biking after getting into a collision with another biker. Luckily that’s all that happened, as I wasn’t wearing a helmet and I was hit after a biker crossed the center line and hit me head on!

So let this be a lesson to always wear your helmet, stay right, give ample notice when passing, and use a bike-light if riding at night. Some bikers can be particularly obnoxious, so just pay attention. You can read some of the city’s safety suggestions here.

Where to rent bikes in the Twin Cities 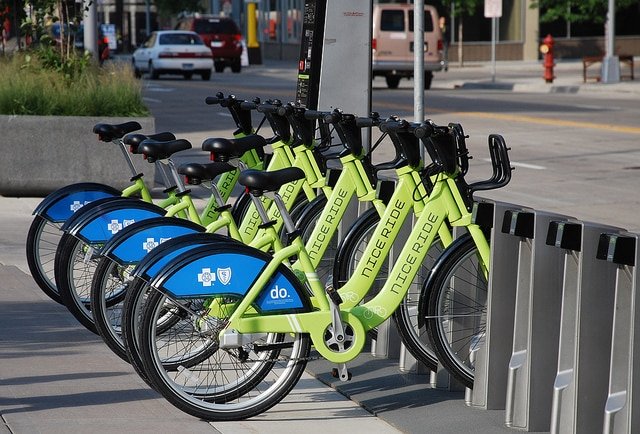 You first may be curious where exactly you can rent a bike if you don’t have one yourself. The most popular option is Nice Ride. The bike-sharing system allows you to pick up a bike at one of the hundreds of pick-up stations around Minneapolis, and drop it off at any of the others as you please. They even conveniently have a mobile app that allows you to see exactly where to pick up your bike.

Day rates are $6 a day with monthly memberships only at $75.

Can you bike in the winter in Minneapolis and St.Paul? 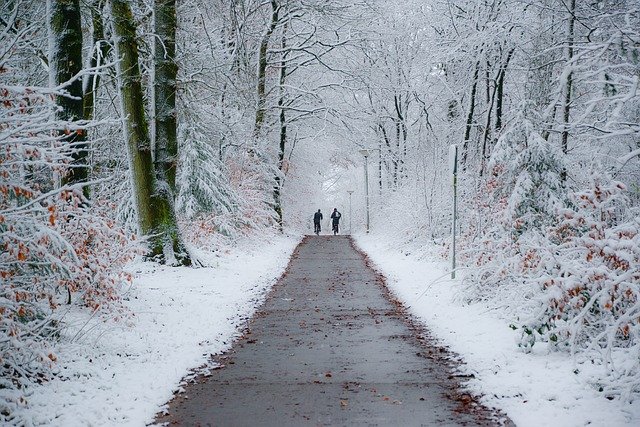 You may be surprised to see that most Minnesotan don’t put their bike away even when there is snow on the ground. There are many gorgeous winter days with the sun brightly shining, and bundling up to bike through a winter wonderland is surreal.

READ MORE:   If you Love the Twin Cities, Shop Local

Many of the major bike trails around town are snow-plowed within the first 24 hours or less after a snow fall. For this reason, it’s no surprise why Minneapolis is named one of the best cities for winter biking in the country.

If you’re a complete beginner, you can join one of Explore Minnesota’s winter bike excursions as part of a guided tour.

Otherwise, you can also rent bikes with suitable winter tires. The aforementioned Nice Ride closes during the winter season, but you can rent from Velolet. They connect you with local bike shops in the Twin Cities that carry rental bikes with winter tires. 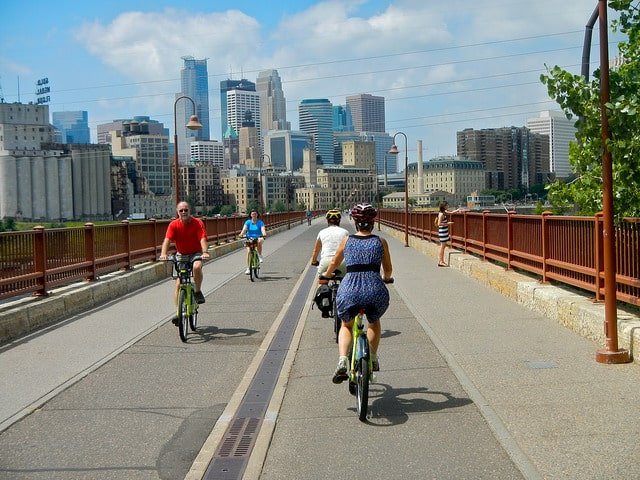 This is perhaps one of the most iconic bike trails within Minneapolis. The Mississippi river divides the trail into the East and West side. The East extends 2 miles along the University of Minnesota’s campus and Dinky Town. If you cross the Stone Arch Bridge featured above, the West side extends 7 miles along the Gold Medal Park, Bohemian Flats, and Mississippi River.

You can cross back over to the East side and end in Prospect Park for the full 9 mile loop, or you can continue along the East or West River Parkway following the Mississippi River. This should take you all the way down to the Minneapolis St. Paul airport.

If it’s your first time visiting Minneapolis, I would recommend renting a bike somewhere along St. Anthony Main, cross over the Stone Arch Bridge, and bike along the East side to see the best views and attractions in the area. 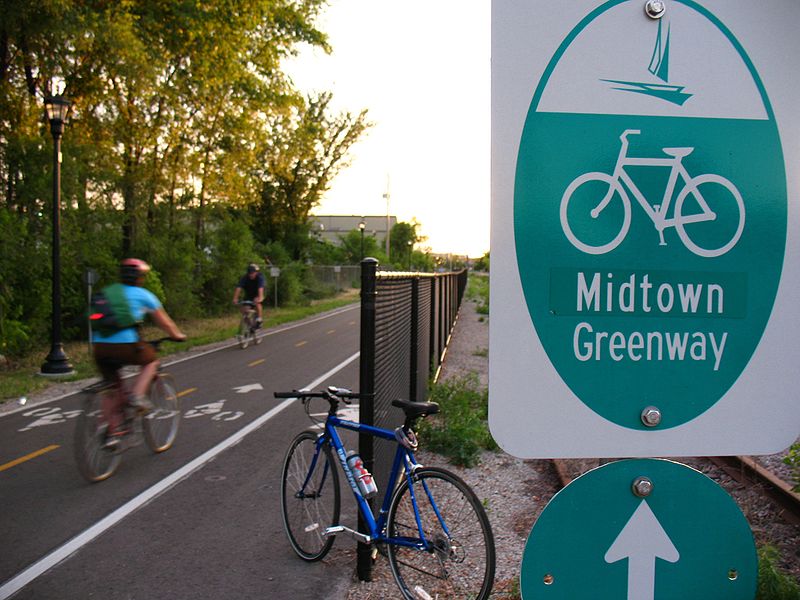 The Mid-Town Greenway is a 5.5 mile-long biking path located in the heart of South Minneapolis. There are two lanes for bikes and one for pedestrians. The trail is open 24 hours a day, and even has lights at night. If you’re looking to bike in the colder months, you’re in luck because the Midtown Greenway is plowed during the winter!

This trail also conveniently connects to the Chain of Lakes. You can check out the Midtown Greenway map here.

READ MORE:   Minneapolis Murals: Their Stories And Where to Find Them

This scenic bike trail is probably one of the best ways to experience the “Land of 10,000 Lakes”. This route weaves through Lake of the Isles, Cedar Lake, Brownie Lake, and Bda Maka Ska (formerly Lake Calhoun). You can complete the full 11-mile route, or you can simple just bike around one of them. Bda Maka Ska and Lake of the Isles are quite popular in the summer, and sometimes crowded. Each of the individual lake routes are around 2-3 miles long and relatively flat.

This trail is officially what would be considered the “bicycle highway of Minneapolis”. This 3-mile route will take you downtown Minneapolis into the popular Western suburb of St. Louis Park. Whether you’re looking for an alternate transportation route into downtown, or looking to bike into West End to do some shopping, this trail is an example of bike-friendly cities.

If you did want to keep going further West outside of downtown, the Lake Minnetonka area is filled with beautiful bike trails surrounded by water on both sides. The full route is about 15 miles, but you don’t have to complete the full route. You can also camp here in the summer or fall. Unfortunately the trail is not winter-friendly but it’s worth a visit in fall or summer. 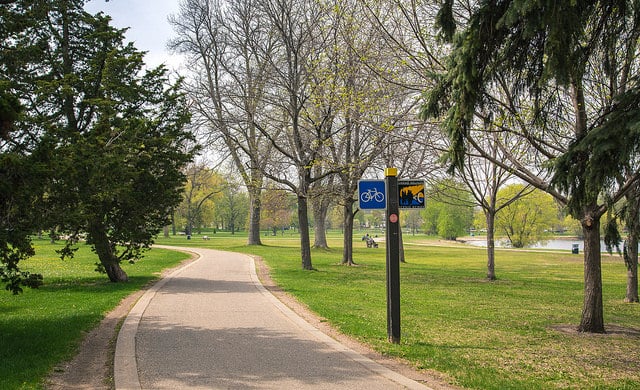 This route interconnects all of the best parts of Minneapolis, but it is not for the faint-hearted. This 50-mile trail encompasses downtown Minneapolis, the Mississippi River, Chain of Lakes and even Northeast Minneapolis. It also includes some off-trail mountain biking areas, such as Theodore Worth Park.

This actually happens to be one of the longest urban bike paths in the country! If you’re considering completing an all-encompassing bike trip of Minneapolis, this route is for you.

You can see the full map here. 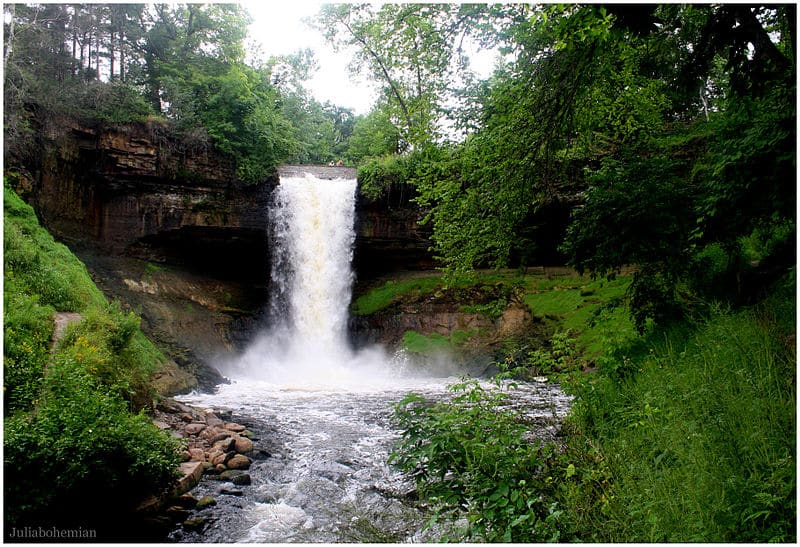 Along with the East side of Minneapolis Parkway, I would highly recommend this trail for first-time visitors. This trail connects the sister cities of Minneapolis and St. Paul. The Northern side in Minneapolis extends along the gorgeous Minnehaha falls and bluffs along the Mississippi River. 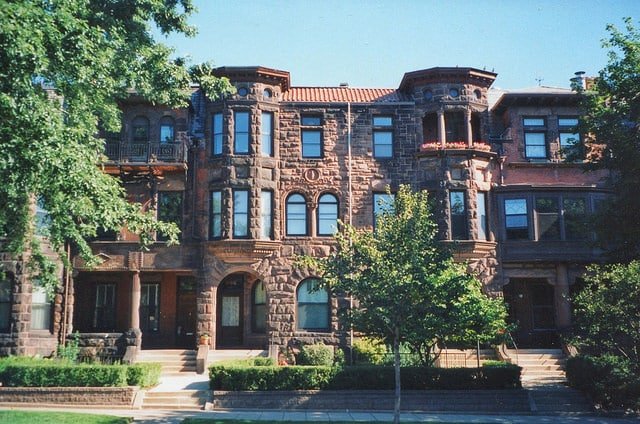 Although this isn’t technically a trail, this iconic street couldn’t go without mentioning. Summit Ave is one of the most historic and significant areas in all of Minnesota, and it just so happens to be bike-friendly as well. Ride along the road with the St. Paul Cathedral, extravagant mansions dating back to the 1800s, and even the home where F. Scott Fitzgerald wrote his first novel.

After biking along this road, I recommend crossing over to Grand Ave that runs parallel to explore the shops and restaurants.

This trail is technically an extension of Minnehaha trail on the Southern end, but the capital city of Minnesota deserves some love too. Fort Snelling State Park is in the heart of St. Paul and offers a variety of outdoor activities like canoeing and hiking, as well as biking.

This is one of the best lesser-known trails in the Twin Cities, especially to bike along the Mississippi River. The trail technically starts in Grosby Farm Park, and then goes East along the River into the Harriet Island area. You could take this trail to Bruce Vento National Park, or simply do a loop around the River area. 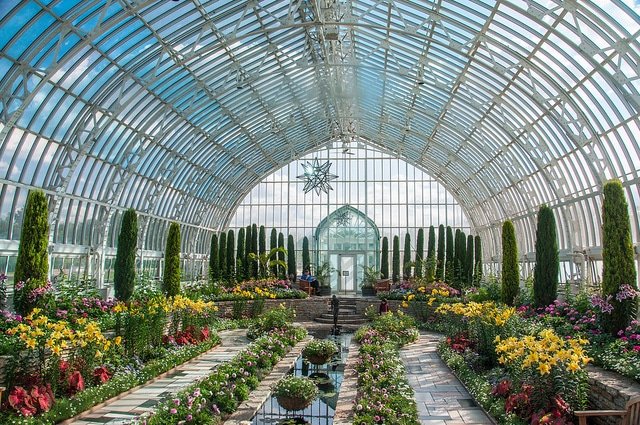 Last but certainly not least is probably my favorite area in St. Paul. I grew up not too far from here, and have many fond memories of biking around Lake Como and visiting the Como conservatory. You can rent bikes, kayaks, and paddle boats here, making it ideal for a Sunday with the family. I also highly recommend checking out the aforementioned conservatory, which is open year round.

You can check out a map of all of the trails in St. Paul here.

Don’t forget to pin it: 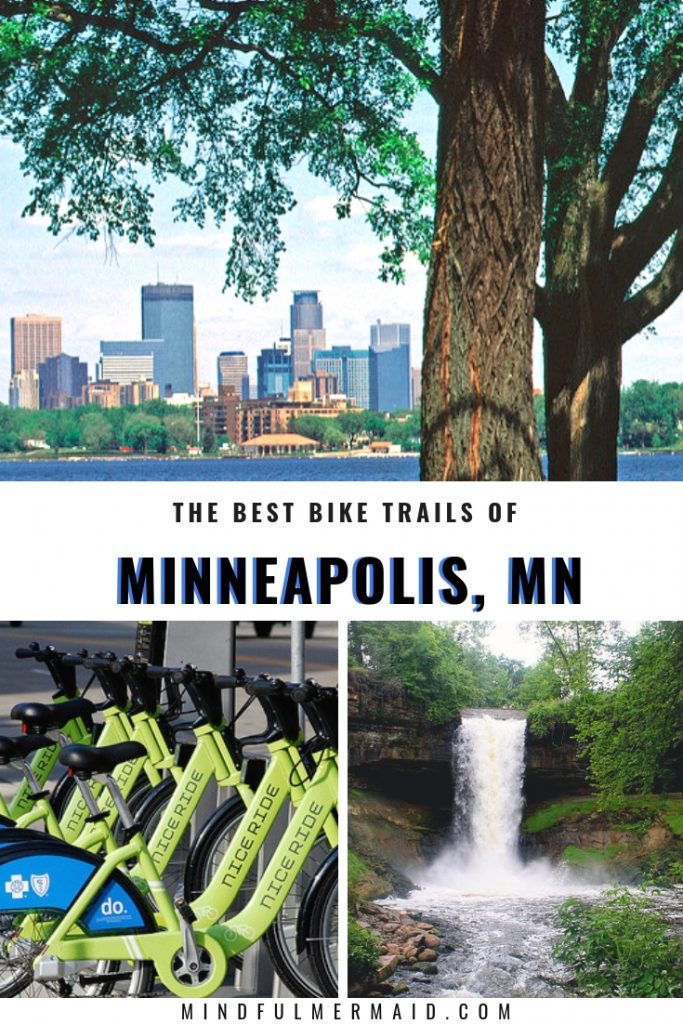 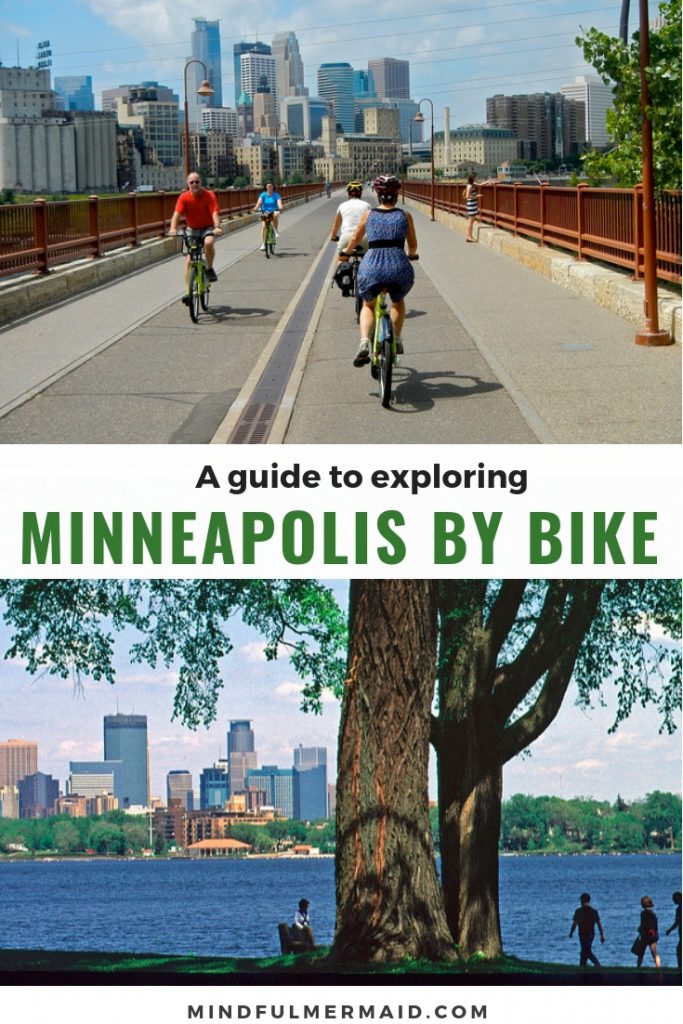