Before I picked up and moved to Cork City on a whim with a working holiday visa, I had never been to Ireland before. All I knew was that it was a little green island filled with lots of pubs and rain.

After spending almost a month living on the Emerald Isle thus far, I’ve completely fallen in love with this scenic country as well as all the quirks of Irish culture. In many ways, my new home has much more to offer than I initially expected.

Here are the 10 ways Ireland Surprised Me:

I don’t think people will actually understand how green Ireland is until they see it with their own two eyes. I always assumed Ireland was green mainly in spring and summer, since Ireland gets pretty chilly in the winter.

But when I arrived in January, I was so surprised to see that Ireland was actually still painted a vivid emerald green, despite freezing temperatures. Being a Minnesota girl from the Midwest, I really hadn’t seen anything like it. So although it does rain almost every day, it is refreshing to see that nature is always in bloom.

2. The streets are a vibrant color-palette 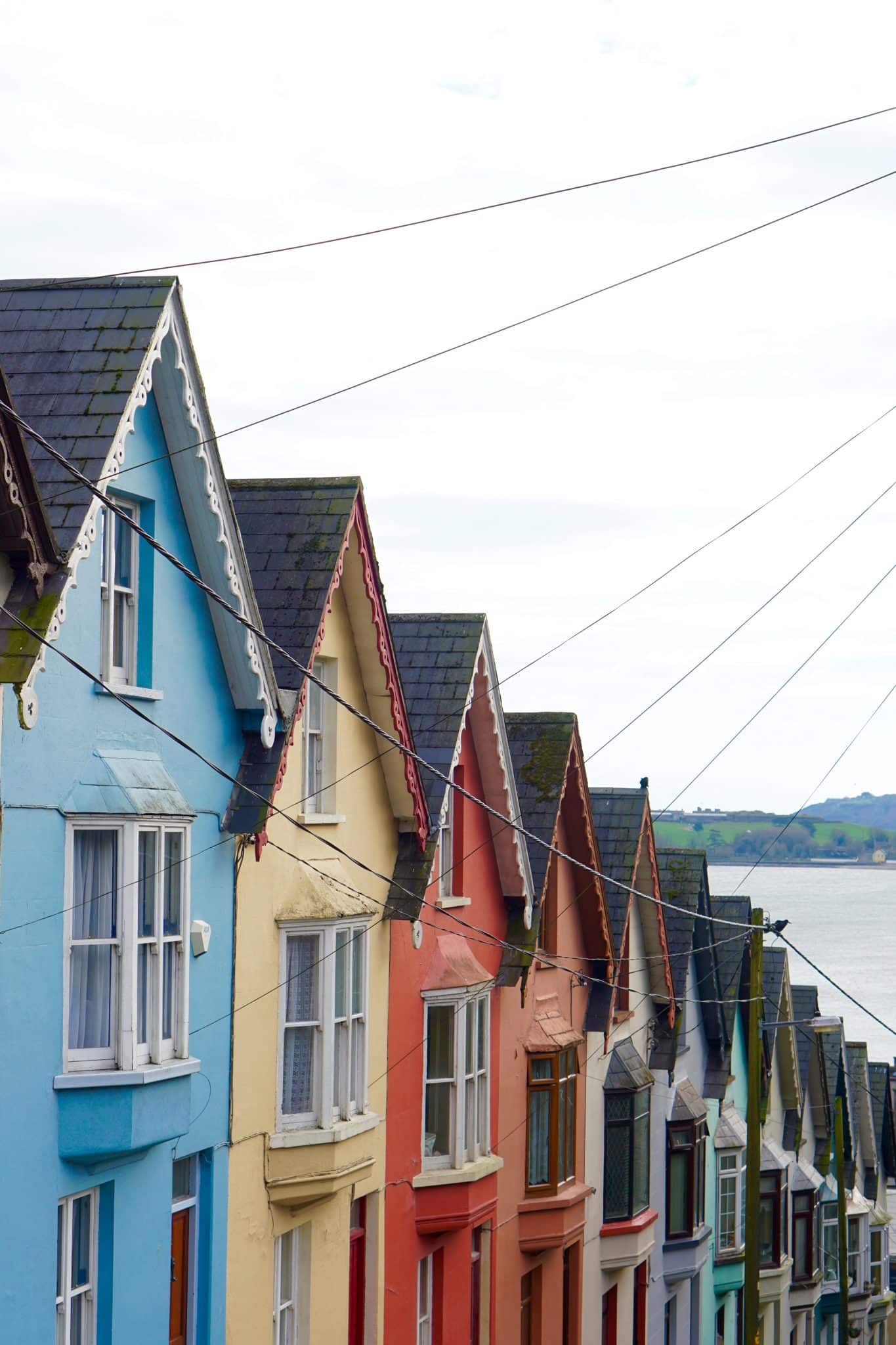 So, if you’re like me and have this thing with bright-colored buildings, Ireland is the place to be. There are always pictures of colorful buildings in Burano, Italy and Notting Hill, London, but somehow I don’t think Ireland, gets enough credit.

Every time I walk around Cork City, my heart skips a beat when I see a train of turquoise, fuschia, yellow, and orange colored buildings. There’s also always a lot of colorful graffiti. But it’s not just the bigger cities that are full of color. It’s the little quaint towns, like Cobh, which are truly a rainbow of color.

3. Ireland has the fastest growing economy in Europe 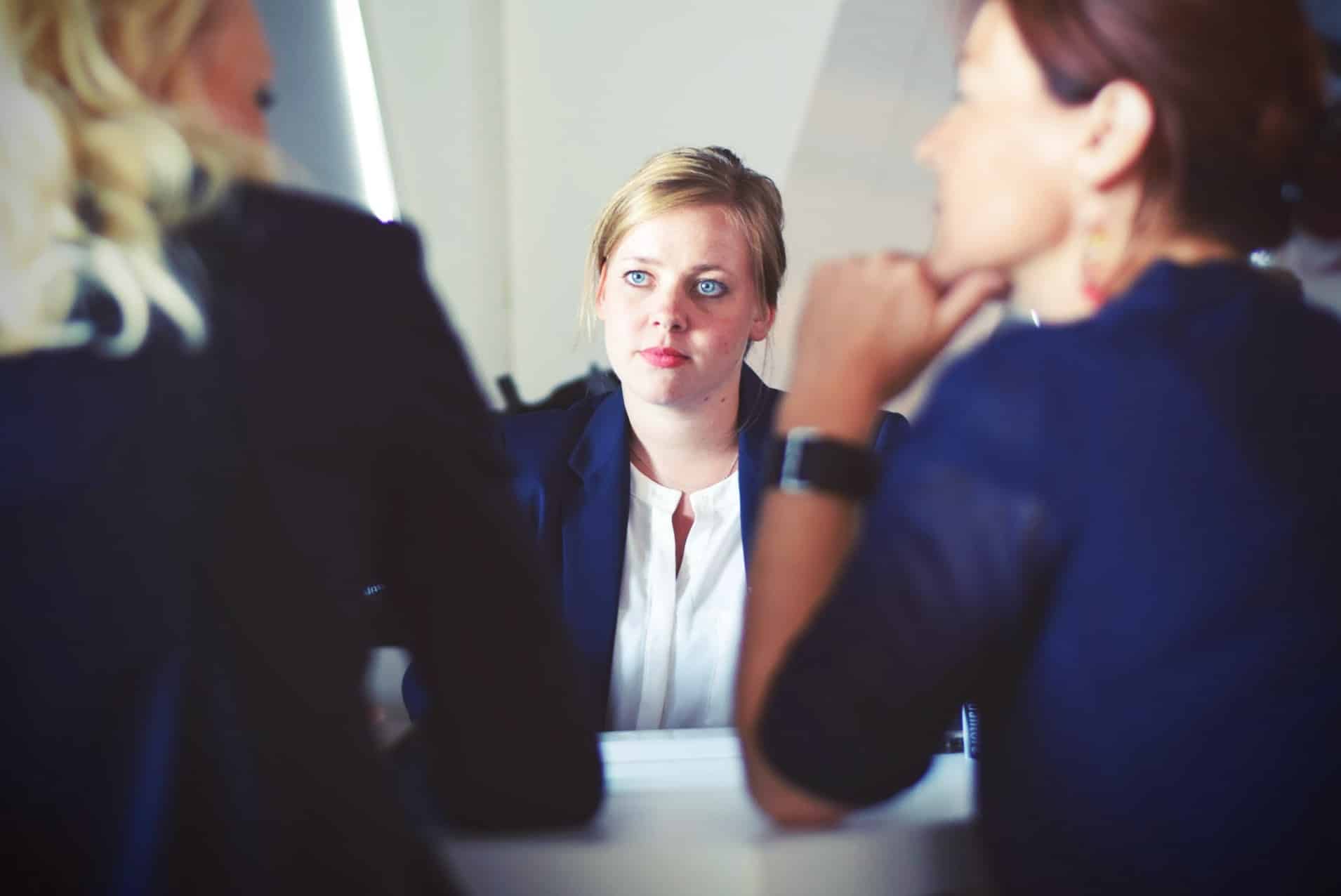 Don’t underestimate Ireland’s economic power just because of its size. The Emerald Isle is actually the fastest growing economy in Europe right now, according to The Irish Times. Tech and Pharma companies are blowing up, with other large multi-national corporations establishing headquarters here as well. It’s also not just in Dublin. Several companies are based here in Cork City, and throughout the rest of Ireland. 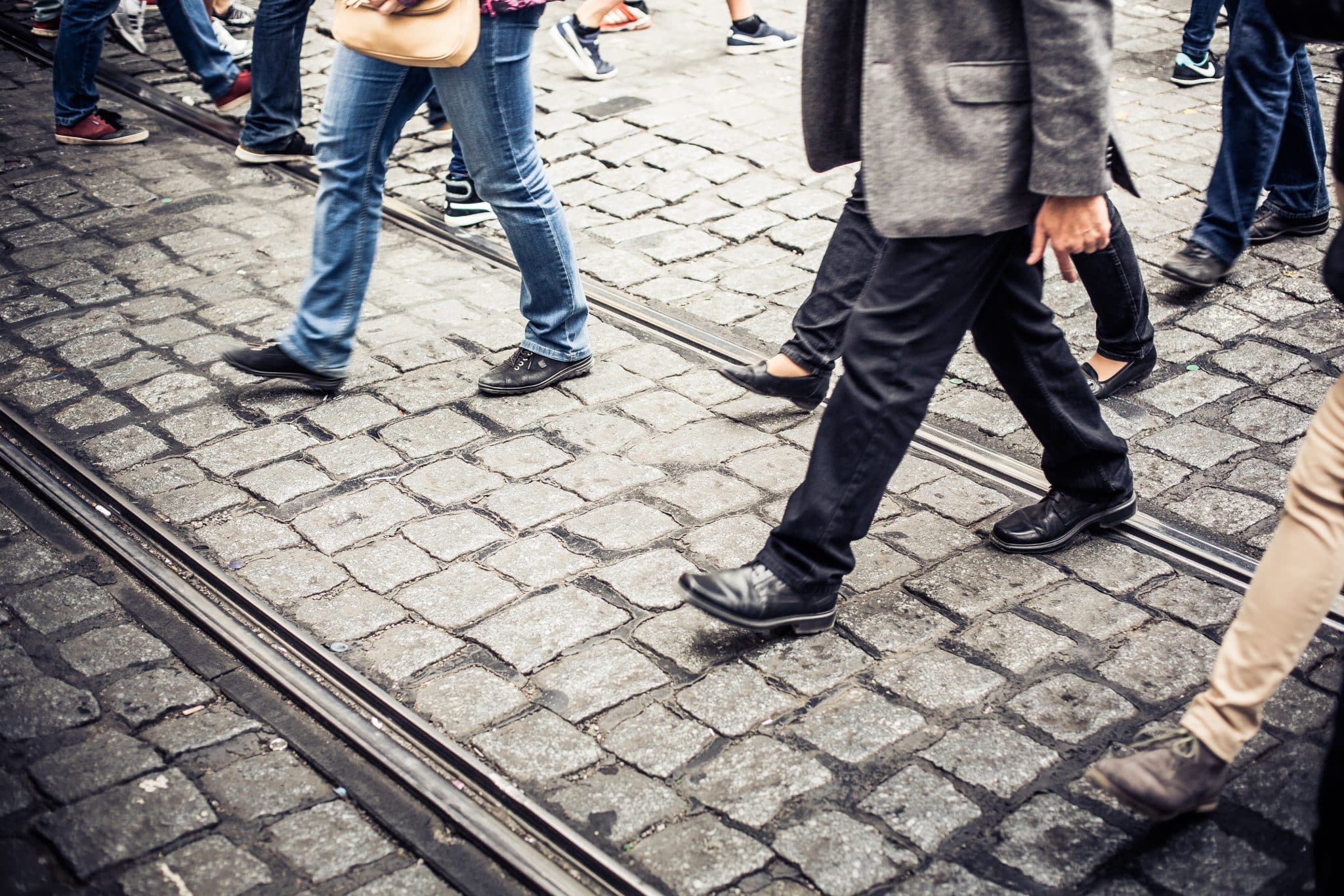 Due to recent economic growth, Ireland is a land of opportunity for many. Foreigners, mainly from elsewhere in Europe, make up 12 percent of the population. That puts Ireland in 4th place for the largest percentage of foreigners in Europe.

Especially since there are so many international companies here, there’s a large expat community. Here in Cork, I’ve met many Americans that work at Apple Headquarters. There’s quite a bit of Polish, Spanish, and English people here as well.

5. Ireland is pretty expensive, even for locals 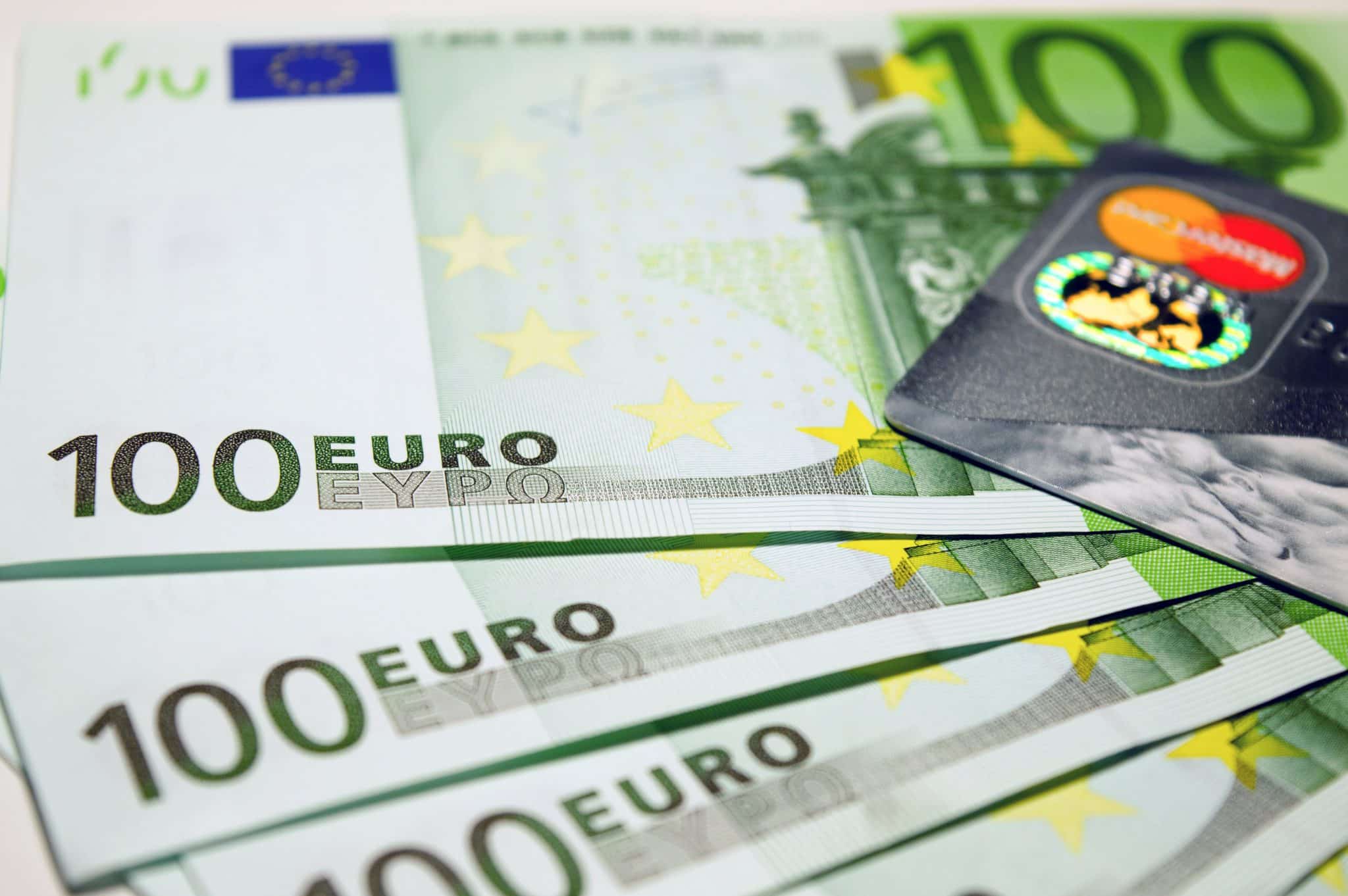 If planning to visit Ireland, I’d start saving now. I spent about a day in Dublin on the way to Cork, and somehow managed to spend 100 euros just on basic food and taxis. If you’re a tourist, Ireland can easily burn a hole in your pocket.

Even living here as a foreigner or local, it can be pricey. Finding accommodation can be a total mess, and living expenses really add up. However, if you compare that to the average salary and minimum wage starting at 9.25 euros, it’s not as bad. Just be warned that Ireland, specifically Dublin, is one of the most expensive places in Europe.

6. There are several different Irish accents, some harder to understand 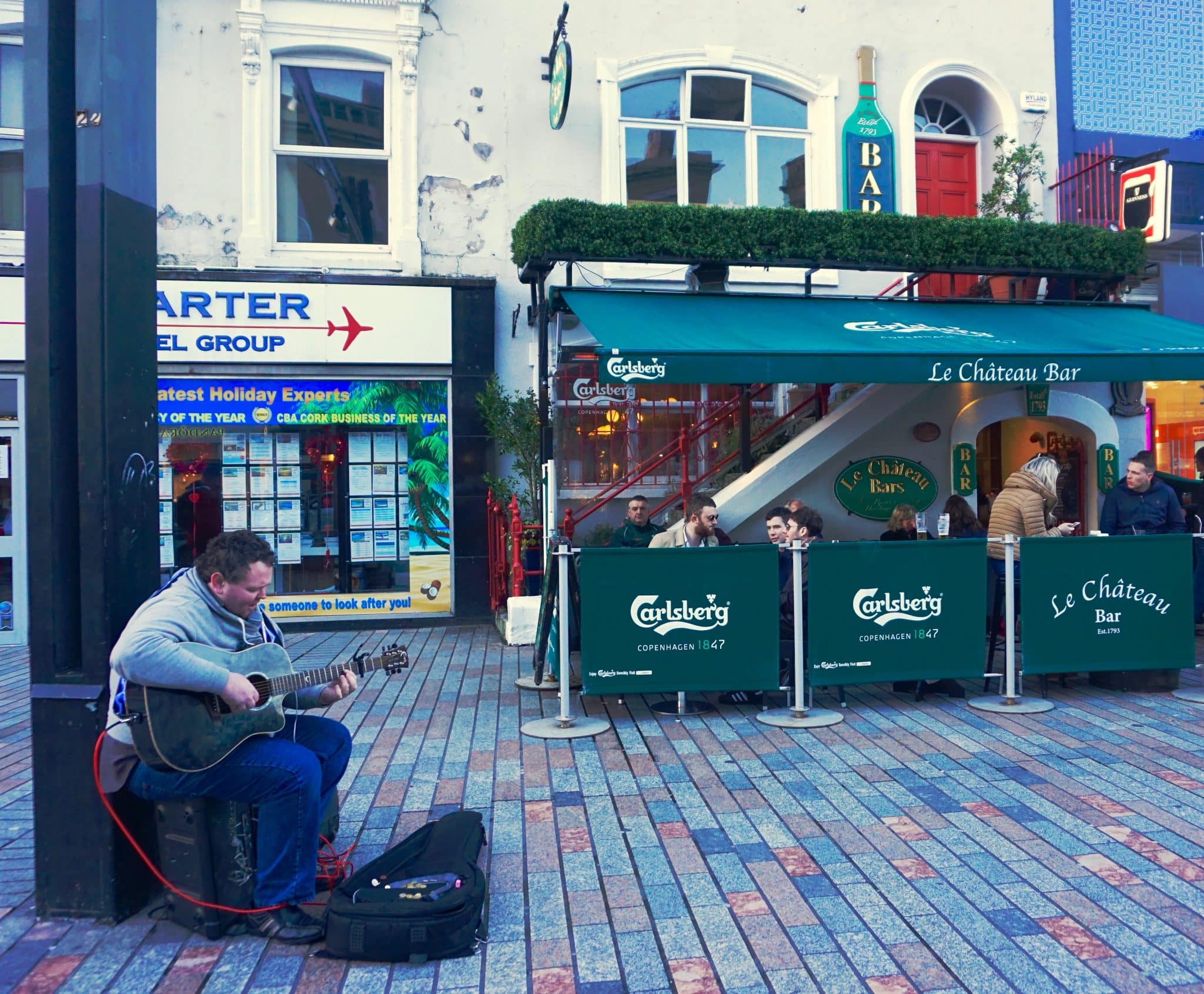 Although you may assume that everyone has a pretty straightforward Irish accent, there are dozens of different dialects. Certain dialects are more short and choppy, and if you don’t listen carefully, it may sound like an entirely different language. There’s been a few times here in Cork, where I’ve had to ask someone to repeat something at least three times.

Even my friends from Ireland say that they themselves can’t understand some of the stronger accents, especially in the smaller villages.

7. The Irish language is still used 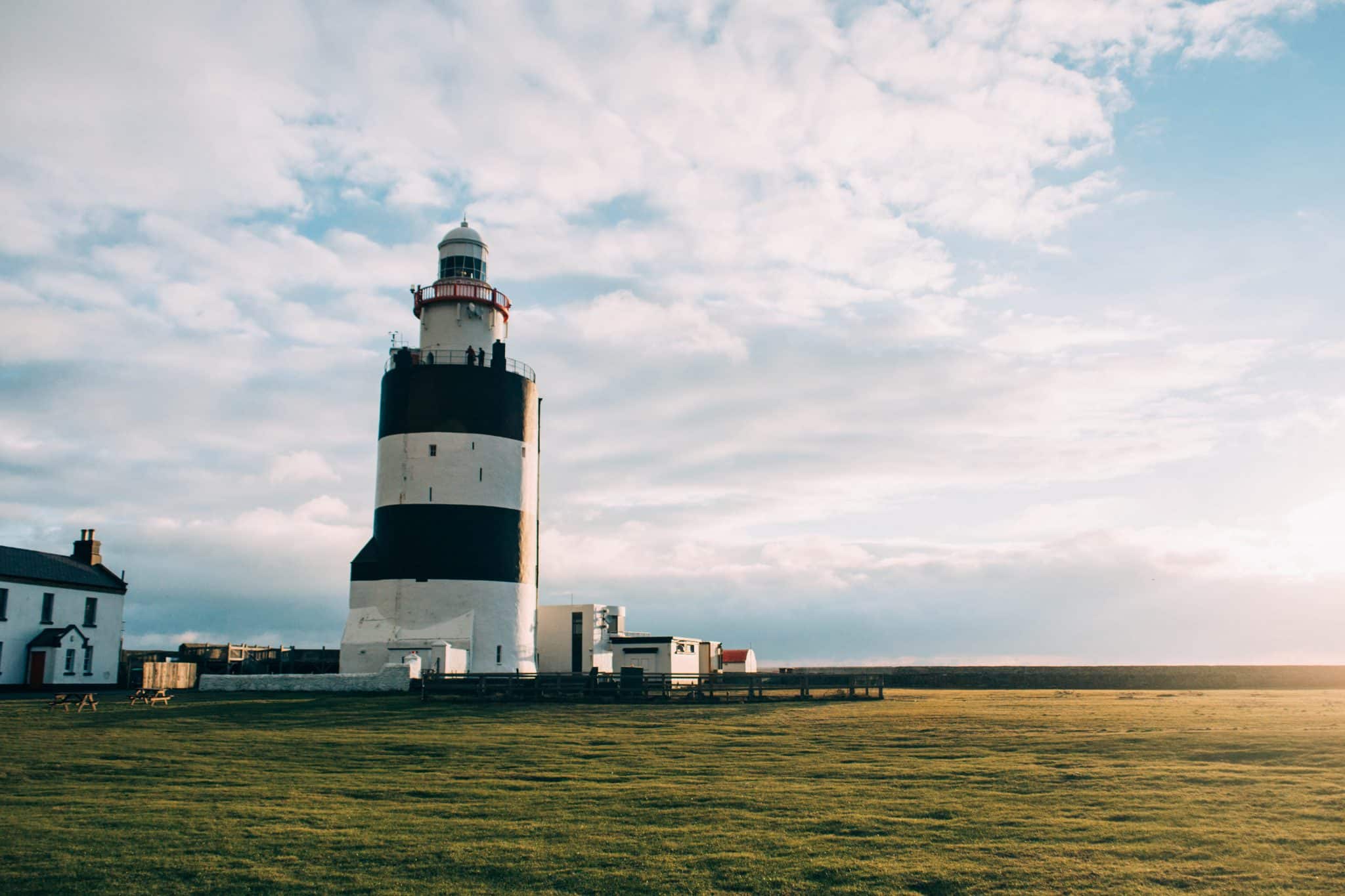 I knew that Ireland once had its own language centuries ago, but I had no idea that it was still used. I first noticed that on road signs, it has English and then Irish printed underneath. On public transportation, they always make announcements first in English and then again in Irish. In some smaller villages of Ireland, Irish is still spoken in every day life.

The language has such a rich history, with the first inscriptions dating back to the 5th century. When English rule invaded Ireland in the 16th century, English was encouraged and Irish was forbidden. Yet there was a revival at the end of the 1800s to preserve the language. Today, only small villages still speak Irish, but the language is still taught in grade school.

8. Ireland has it’s own sports: Gaelic football and hurling 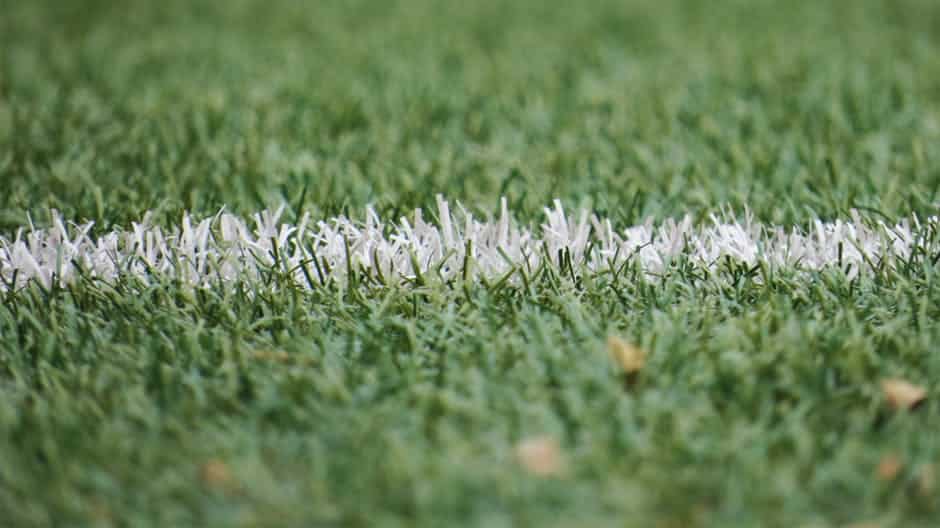 I knew that rugby and football (soccer) were huge in Ireland, but I quickly found there were some sports I hadn’t even heard of before!

Gaelic football is one of the biggest sports here. From a far it may look like football, but it actually involved running with the ball (no more than four steps) or kicking it. The object of the game is to kick it into the goal (3 points) or into the crossbar (1 point).

Hurling is another Irish sport, which looks a bit like Lacrosse from a far. With the same dimensions as Gaelic football, the object of the game is to use a stick (hurley) to get the ball (sliotar) into the goal. (3 points) or into the crossbar (1 point).

Both of these games are often playing on TV in certain pubs, and there’s definitely a huge culture around both of the sports.

9. Ireland is in the process of completely divesting from fossil fuels 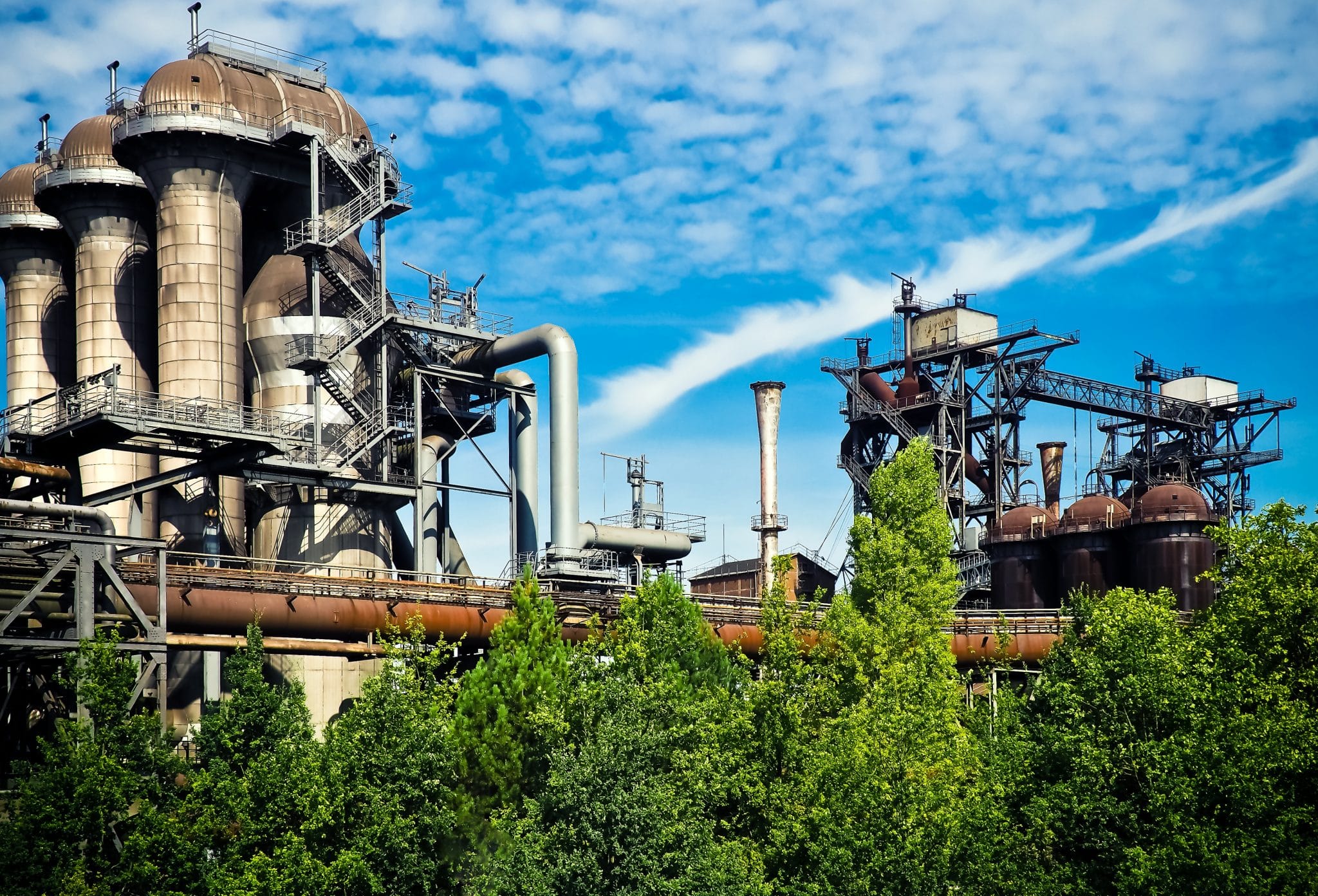 So, this is huge news for environmentalists like myself. Ireland is well on it’s way to becoming the first country in the world to completely divest all public money from the fossil fuel industry. The Irish parliament passed legislation to drop coal, oil, and gas from Ireland’s Strategic Investment Fund.

You can tell by the lush landscape that the nature is well preserved. Turns out, environmental protection is a key objective for the Irish government. 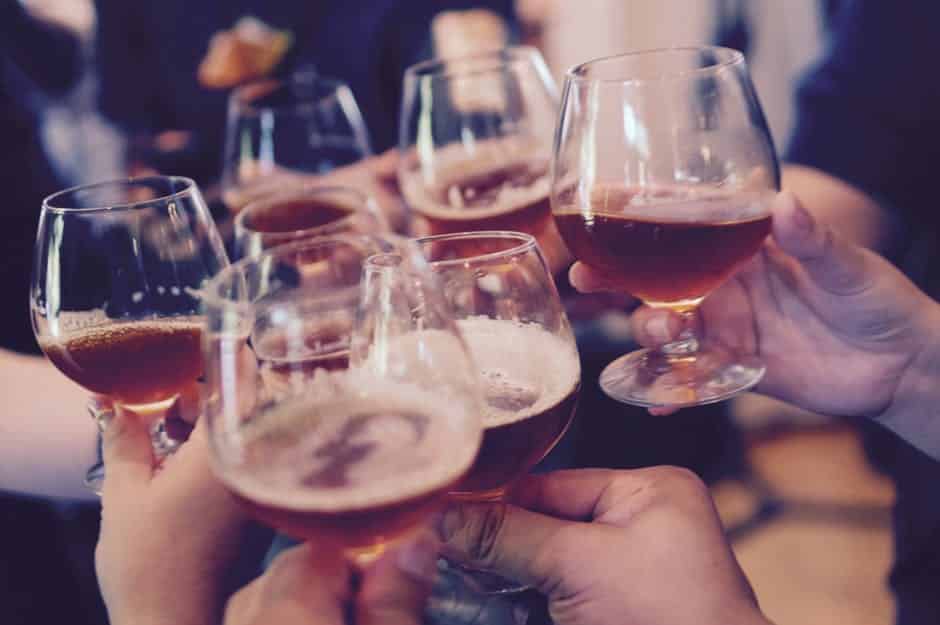 Irish say cheers all the time. Except instead they say “cheers” instead of “thank you!” So when you give the cashier money, they’ll respond with saying “Cheers!”

When raising glasses to a toast, the Irish say “Sláinte”, which is Gaelic for good health. I really like that the Irish say this little phrase in Gaelic. It shows that they are still proud of their roots. 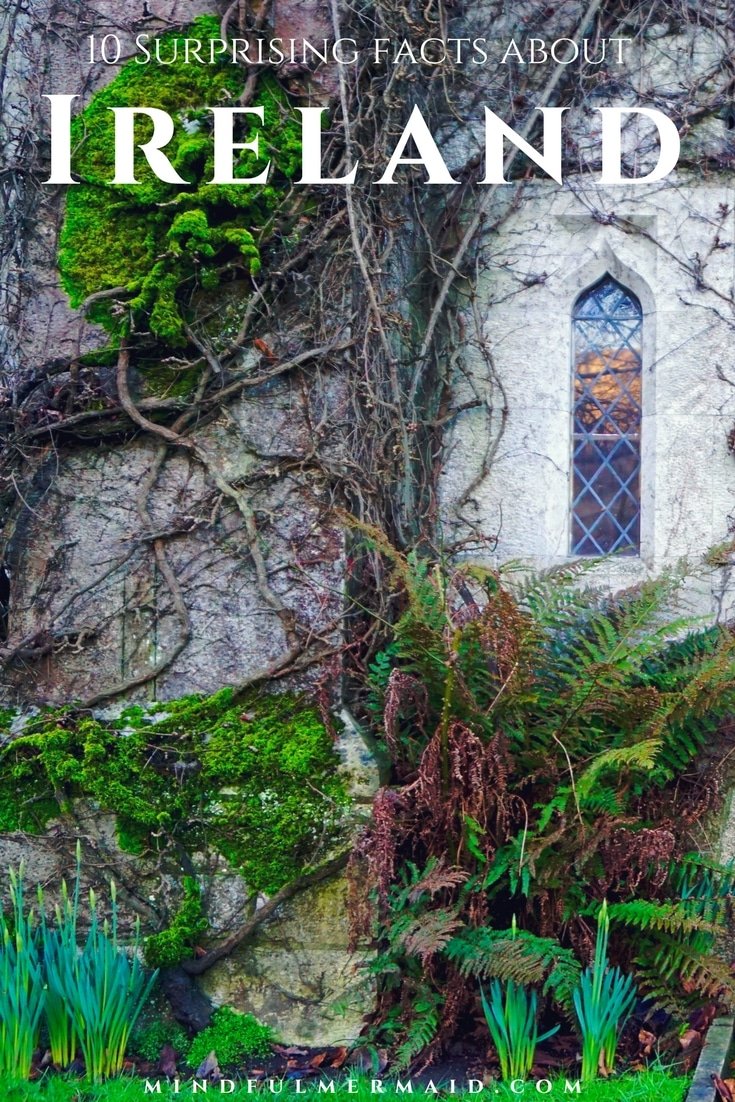 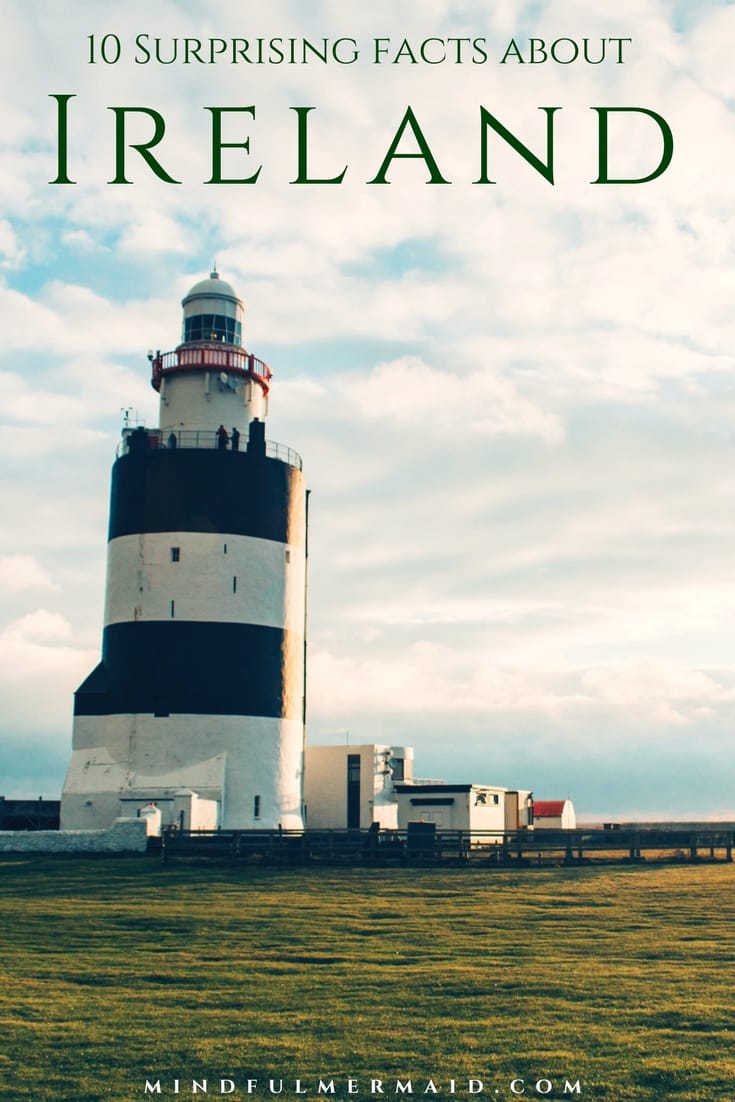 Have you been to Ireland? Did anything surprise you?

I appreciate you reading. Cheers! 🙂